In another test for the bullpen, Colorado Rockies hold on to sweep the Padres 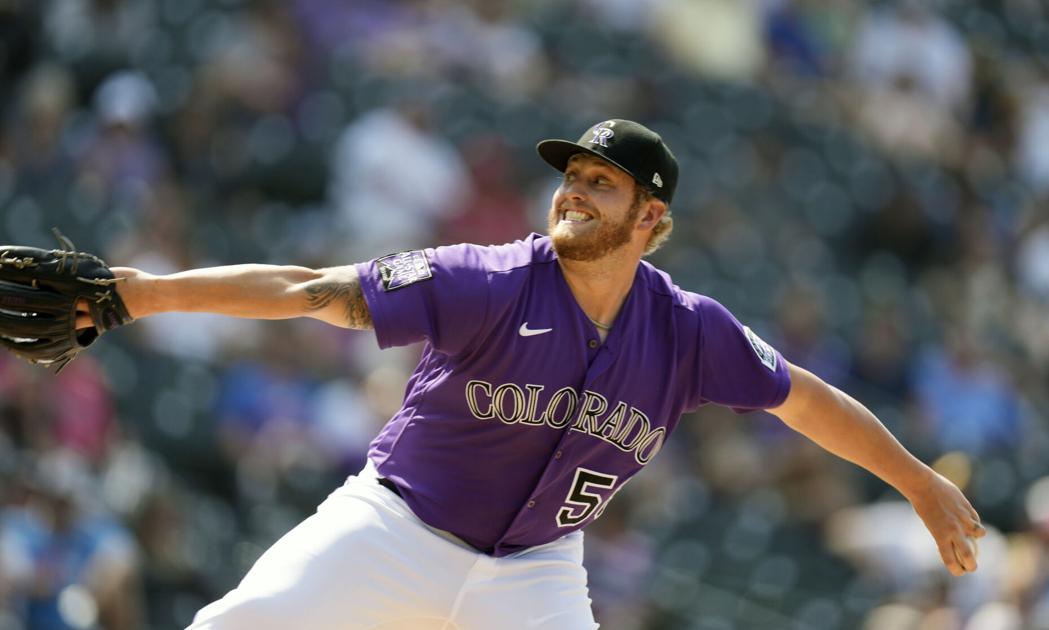 DENVER — Pencils down, the Rockies’ bullpen test for Wednesday is complete.

With the Rockies out of contention, every day is an evaluation to determine players’ fate for next season. And Wednesday was an extra long exam for the relievers. Starter Chi Chi González, in his first appearance since contracting COVID-19, was only able to pitch three innings.

On the outside, it appears as though they passed, that is if the final score is all that counts. The Rockies beat the Padres 7-5 to sweep the series, on the back of home runs from Trevor Story and Dom Nuñez.

“I thought overall they held the fort,” manager Bud Black said of the bullpen Wednesday. “The five guys who pitched, they got punched a little, but they put their dukes up and fired back with some swings of their own.”

But there’s so much more than just the numbers on the scoreboard. Over half of their remaining games are against playoff contenders, which gives the Rockies a chance to play spoiler. But it also gives them an opportunity to see how the inexperienced players do in high-leverage situations.

For relievers, walk rates, WHIP, strikeouts and how they handle inherited runners are especially important in Black’s eyes.

“Every day is a test,” Black said.

González — who exited after giving up three earned runs on four hits — passed the game off to Ben Bowden in the fourth. Bowden, one of two lefties in the bullpen, has a lot to prove that he’s ready to be at the major league level. He gave up a home run to Will Myers, who loves to hit off Rockies’ pitchers, but had two strikeouts. His main issue has been his walk rate, but he escaped Wednesday without sending anyone on a free ride.

Yency Almonte, who a year ago seemed like a major part of the team’s future, is running out of time to prove himself. He had a 2.93 ERA in the shortened 2020 season, but that’s skyrocketed to 9.0. He made it through the fifth with a strikeout, groundout and flyout, but gave up a double and two singles in the sixth. The Padres scored one run off him.

As for Tyler Kinley, his inconsistency has really hurt him this year. At times, he can flow effortlessly through an inning on less than 10 pitches. But then comes days like Wednesday, when he made it only two-thirds of an inning. He had one walk and a wild pitch, and his slider was all over the place. Black thought he was off from the start, which is why he was so quick to take him out.

Perhaps the reliever who has shown the most improvement throughout the season is Lucas Gilbreath, the hometown player who grew up idolizing the team he represents. His ERA was as high as 10.0 at one point this year, but has dropped to 5.26 after he pitched 1 1/3 scoreless innings Wednesday. That’s his fourth scoreless outing in a row.

“I thought Gilbreath was outstanding,” Black said. “I thought he was the key to the game.”

Gilbreath, who until this season had never pitched above High-A, said his confidence has grown with each outing. He’s learned from the veterans that he’ll never have everything figured out, which has helped calmed some of his nerves. He’s also learned to read situations, and to prepare himself physically and mentally for anything that could happen.

“I try not to be surprised when my name is called,” he said. “Just be ready at all times.”

Veteran Daniel Bard closed the game. He gave up a hit to Ha-Seong Kim, but he made it through the rest of the ninth unscathed.