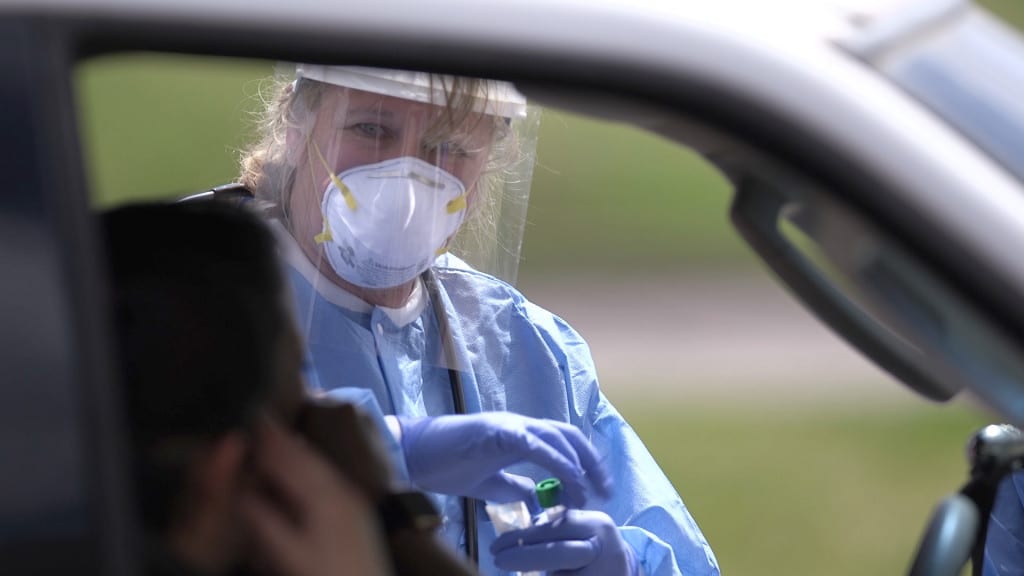 A group trying to project the effects of COVID-19 reports Colorado should wait until at least May 25 to start relaxing social-distancing rules, to avoid overwhelming the people tracking infections and those treating the sick.

The Institute for Health Metrics and Evaluation, based at the University of Washington, believes states shouldn’t lift their stay-at-home orders until their case counts fall to one infection per million people. Even then, it still recommends prohibiting large gatherings.

To meet that standard, Colorado would have to drive active infections down to five or six in the whole state. As of Thursday, 873 people were hospitalized in Colorado for COVID-19, and an unknown number of others were managing the disease at home.

Chris Murray, director of IHME, said the goal was to predict when states would be able to prevent another outbreak by testing significant numbers of people, tracing the contacts of those who test positive and monitoring them in isolation. If states can’t adequately test and isolate sick people, they risk a second wave of infections that could strain the health care system, he said.

“Greater capacity means that it might be reasonable to relax sooner,” he said.

IHME’s modeling hasn’t been perfect. It projected Colorado’s daily deaths would peak on Tuesday, with roughly 63 people dying that day. State data skipped Tuesday, but deaths the days before and after were in the single digits.

Jill Hunsaker Ryan, executive director of the Colorado Department of Public Health and Environment, said the department is “pretty comfortable” with stepping down social distancing a notch beginning next week based on locally-produced data models.

“It’s a tough balance between lower transmission, and still being able to have some economic stability, and stay at home was very successful in lowering the trajectory of this disease here,” she said. “We feel at this point we’re able to take a step down.”

While Colorado’s “safer at home” stage would maintain some of the social distancing measures IHME considers essential, like closing schools and banning large gatherings, it also allows retail stores and businesses offering personal services like hair styling to reopen. The IHME report calls for leaving stay-at-home orders in place and keeping all but essential businesses closed.

The model shows the earliest any states will be ready to relax their rules is May 4, and only five states are likely to be prepared by then: Alaska, Hawaii, Montana, West Virginia and Vermont. It projects 20 states won’t hit the threshold to relax restrictions until June or later.