I Spent My Entire Pregnancy Fighting for Abortion Access in Colorado. There’s More Work to Be Done. 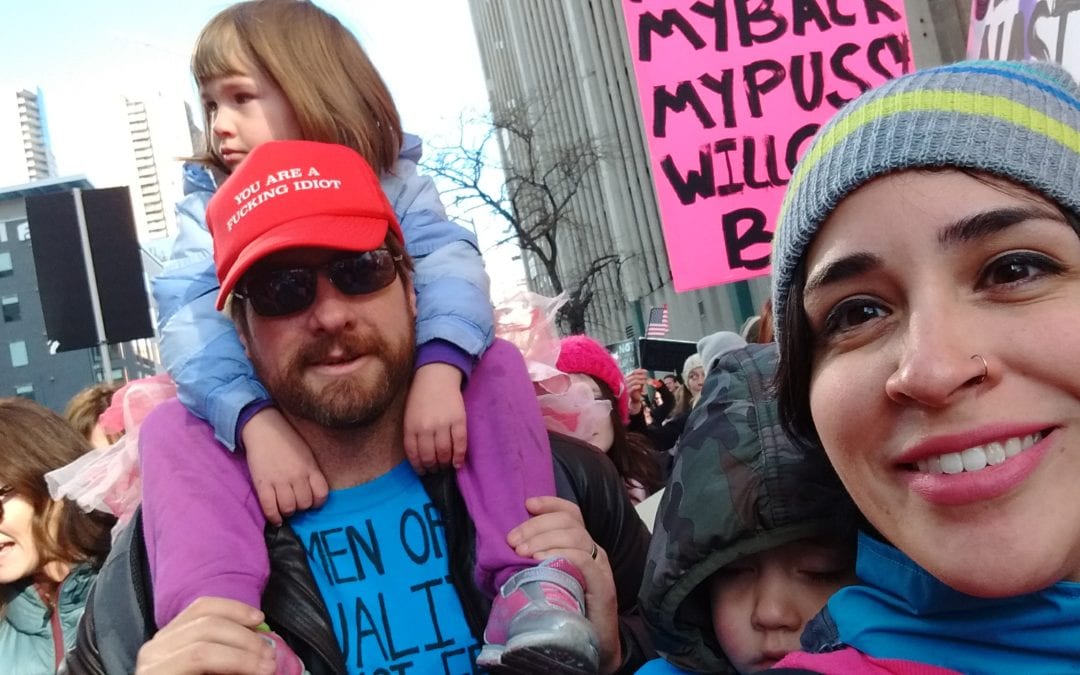 With the 48th anniversary of Roe v. Wade, as well as a new administration and Congress, it’s clear there is more work to be done to make abortion accessible for all.

In the nine months my family spent as patient advocates to protect abortion rights in Colorado last year, I made a whole human. My daughter’s gestational period matching up with the time it took to fight and resoundingly defeat a ballot measure that would ban abortion at 22 weeks is a coincidence only a year like 2020 could concoct.

I had an abortion in my fifth month of pregnancy in 2017. Colorado is one of only seven states that has no gestational limit on abortion, so this fight was personal. A decision that is both relatively rare while also needed more often than you’d think, my husband and I make it a point to speak about our abortion whenever this often-misunderstood decision is publicly demonized with legislative attempts to ban it.

In 2020, a year of endless losses and political attacks, the juxtaposition of my pregnancy and the fight for abortion rights in Colorado was a poetic reminder that abortion is health care, not politics. The defeat of Colorado’s ban allowed us to breathe a sigh of relief, but as we mark 48 years since Roe v. Wade established legal abortion and continue to weather the devastating fallout of the pandemic, there is more work to be done in 2021, and my family and I are ready to be part of this fight.

Throughout the months of telling my story, I felt deep gratitude for the compassionate care I received when I needed my abortion four years ago. I will always be grateful I had the freedom to decide what was best for my family when, at my 20-week ultrasound, I learned my baby was missing vital organs.

Medical providers and specialists discovered he had no kidneys or bladder and I had no amniotic fluid. He would be slowly crushed in my uterus as he continued to grow. What a cruel irony it was that my own body was failing me when all I wanted to do as his mother was protect and keep him safe. Our options were straightforward: I could wait for him to die inside me or end my pregnancy.

Though my heart was aching, I sought abortion care. I knew it was the only way I could continue to remain present with the two young children I already had. I couldn’t imagine spending the remainder of my pregnancy constantly vigilant for any sign that he had passed. Children are empathetic mirrors. I simply couldn’t subject them to the trauma I knew we’d all experience if I waited.

Not a day goes by that I don’t think of the baby I lost. His short time with us made me stronger—as a person, as a mother, and today, as a patient advocate.

In a serendipitous turn of events, the newest member of our family took her first breath the day after Election Day. It was as if my body wouldn’t let me give birth until I knew I was bringing her into a better world. Through the constant ups and downs of 2020 and my family’s work to protect abortion care in our state, I thought of her as my tiny Ruth Bader Ginsburg, my little Gloria Steinem, my mini Dolores Huerta—fighting alongside me and rooting for us with her kicks.

Together, we told our story, testifying before legislators, speaking our truth to reporters, and organizing with fellow advocates. We did this for her, her older sister, and for that better world we hoped was coming.

As a second generation Mexican American, I know people of color are disproportionately impacted by restrictions on abortion. I am fortunate indeed to have been protected by my economic circumstances, excellent insurance coverage, and ability to live in a state with relatively few barriers to accessing abortion care. I was raised Catholic, but my family was unconditional in their support for us. My parents were able to drop everything and care for our kids during my procedure and recovery.

Here at Ms., our team is continuing to report through this global health crisis—doing what we can to keep you informed and up-to-date on some of the most underreported issues of this pandemic. We ask that you consider supporting our work to bring you substantive, unique reporting—we can’t do it without you. Support our independent reporting and truth-telling for as little as $5 per month.

These ideal conditions are rarely present for most Americans. From not being able to afford abortion care, to traveling long distances to a clinic, to navigating health issues or a fatal diagnosis many months into a pregnancy, many restrictions and barriers stand in the way.

Instead of acknowledging the complexities of pregnancy and respecting our decisions, anti-abortion extremists would rather pass abortion bans that belittle the realities we face. They use bans and restrictions like Colorado’s proposed ban, as well as laws across the country that shut down clinics, restrict abortion coverage, and ban it outright, harming those without the means to obtain abortion care out-of-state the most.

The defeat of Colorado’s abortion ban is one step closer to abortion rights for all, but we can’t stop now. Colorado law still prohibits abortion seekers enrolled in Medicaid from using their health insurance—a policy that mirrors the federal Hyde Amendment, which can push abortion seekers further into pregnancy as they struggle to pay for their care. Colorado also still requires that young people notify their parents before their abortion unless they can get a judge’s permission, which can create significant hurdles as they navigate a complicated legal system.

Decades after this state became one of the first to make abortion legal, Coloradans made it clear we feel just as strongly today about reproductive freedom at the ballot box and I couldn’t be more proud to live in this beautiful state. As we begin this year with a new presidential administration and Congress, there are so many more strides to make beyond the protections Roe precariously upholds.

Until abortion is made available and affordable for all, I will shout my abortion experience from the rooftops—for the newborn squirming on my shoulder as I type this and generations to come.