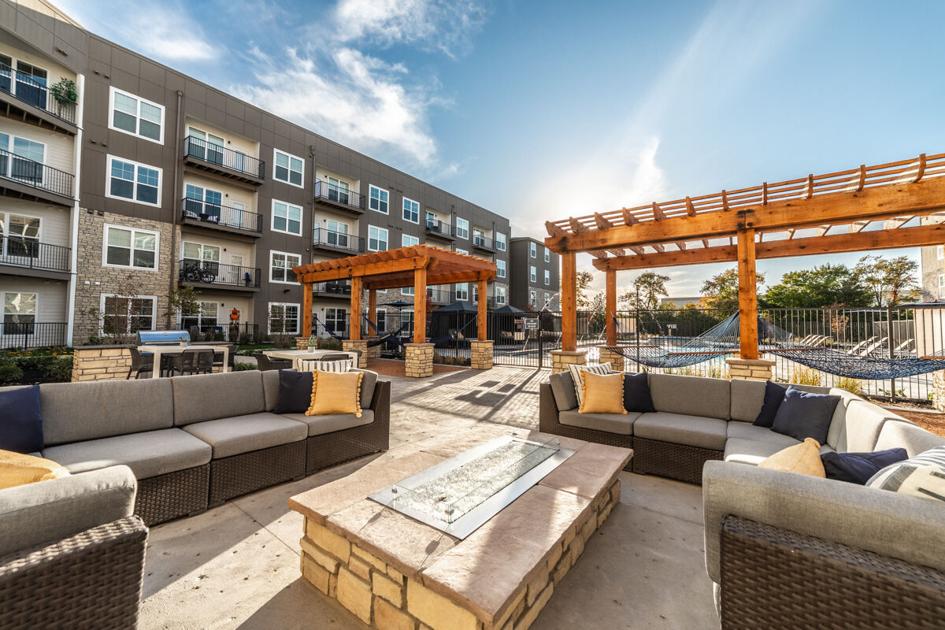 Millennials who don’t want to buy homes, baby boomers who’ve retired and downsized and newcomers who have moved from large urban areas to mid-sized cities have combined, in part, to ramp up demand for apartments in the Springs, said Laura Nelson, executive director of the Apartment Association of Southern Colorado.

As demand spikes, developers take notice — especially as rents soar and vacancy rates remain low. In the fourth quarter of 2020, average rents of nearly $1,266 a month were just shy of a record, while the local vacancy rate dipped just below 5%, according to a University of Denver College of Business report.

Even as that report showed developers have added nearly 5,100 new apartments in the Springs since 2017, “we were behind five years ago on building,” Nelson said.

And since the COVID-19 pandemic hit a year ago, evictions were put on hold by the state and federal governments. As a result, many renters remained in their apartments and availability has been limited, she said.

During an Apartment Association conference call last week, Nelson said several of the group’s board members — such as apartment owners and property managers — reported that their properties are 96% to 99% full.

In addition to the strong demand, Colorado Springs — as a place to live and an investment market — is riding a wave of positive news.

Among highlights cited by business and community leaders: Southwest Airlines’ recent expansion to the Springs; In-N-Out Burger’s opening of a restaurant and distribution center late last year; retail giant Amazon’s expected completion of a fulfillment center; and new or improved attractions, such as last year’s debut of the U.S. Olympic & Paralympic Museum.

“It’s kind of a perfect storm,” Nelson said of reasons for the surge in apartment construction and developers’ interest in the Springs.

According to proposals submitted recently to city government planners:

• A 320-unit project, to be called The Marek Colorado Springs, would be built southeast of Woodmen Road and Tutt Boulevard by Saxon Partners, a Boston-area real estate investment, development and management company.

The four-story apartment building would be constructed just east of St. Francis Medical Center. In an overview of its Springs proposal, Saxon says it specializes in projects that serve employees at major medical centers and is working on sites adjacent to hospitals in more than a dozen locations nationwide.

“We look for sites across the country that are in close proximity to large, growing hospitals and are in markets that we believe have an unmet demand for this specific type of housing,” Don Smith, a Saxon partner, said via email.

Colorado’s growth also makes it an “attractive state for real estate investment,” he said. “We own one commercial property in Colorado already and are currently working on sites in several other Colorado cities for the same type of medical housing developments.”

The Springs project would offer an equal mix of studio and one-bedroom units with washers, dryers and full kitchens, which Saxon believes would provide “attractive, efficient and cost-effective housing for medical workers who work at the nearby St. Francis Medical Center.”

• The 296-unit Caliber at Crest would be built as part of the 77-acre mixed-use Crest at Woodmen development southeast of Interstate 25 and Woodmen Road. The project site occupies a portion of the former Current USA campus, where the direct mail and catalog company operated for many years.

Caliber at Crest would be the fourth Colorado Springs project for The Garrett Cos. of suburban Indianapolis, which develops apartments nationwide and has completed more than 50 projects in 16 states, according to its website.

In Colorado Springs, Garrett recently completed 149 units on Kelly Johnson Boulevard, west of Academy Boulevard, and is nearing completion of a 193-unit project along Voyager Parkway, south of the Promenade Shops at Briargate retail center.

Garrett also is preparing to launch construction in the summer on 200 units south of Powers Boulevard and Briargate Parkway on the city’s northeastern side, near Grand Cordera Parkway and Happy Meadows Trail.

The Caliber at Crest would have four, four-story buildings, along with a clubhouse, outdoor pool, dog park and six detached parking garages, among other amenities.

“The community has a wonderful energy and there has been a massive swell of market shift to Springs as both people and employers continue to migrate to the area,” Ken Koziol, Garrett’s vice president of development, said via email. “Our multifamily products fulfill the increasing demand for class-A living in class-A locations.”

Construction is targeted to start in September, with completion in two years.

• The Springs at Northgate, a 240-unit project, would be developed in the Polaris Pointe retail and commercial center, southeast of Intestate 25 and North Gate Boulevard by Continental Properties of suburban Milwaukee.

The Springs at Northgate would join the 301-unit Polaris Junction apartment complex that’s being developed at Polaris Pointe by Mississippi-based Blackburn Communities.

The site for the Springs at Northgate, near the Bass Pro Shops that anchors Polaris Pointe, was envisioned several years ago as the home of a hotel and water park, though that project was scrapped.

Plans submitted to city officials for the Springs at Northgate show a dozen two-story apartment buildings. Amenities include a pool, dog park and community center.

Continental’s proposal to the city also shows a construction timetable beginning this year and completion in 2023.