How Rogel Aguilera-Mederos’ sentence could be shortened by the court, and the power Colorado’s governor has to intervene 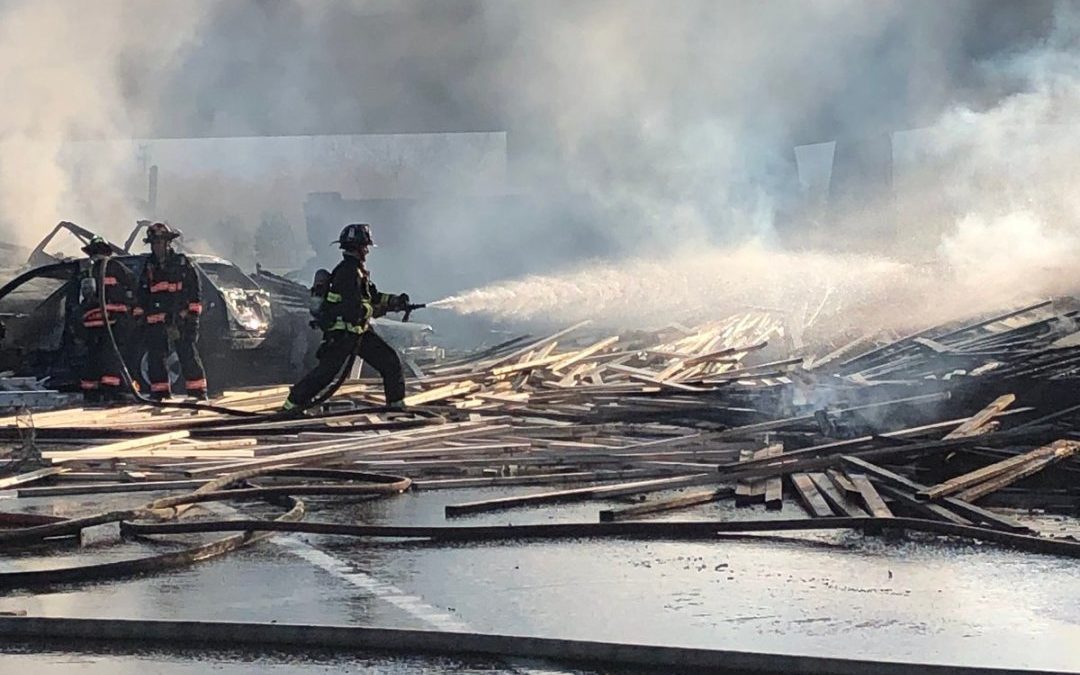 Jefferson County prosecutors have filed a motion asking the court to reconsider the sentence, which could change the penalty handed down in the case.

Here is a look at the mechanism the court could use to shorten the sentence, as well as what clemency powers Polis can wield if he chooses:

Why the sentence was so long in the first place

Aguilera-Mederos, a 26-year-old immigrant from Cuba, was driving a semi-trailer down I-70 in Lakewood on April 25, 2019, when he says his brakes failed.

He crashed into vehicles that had slowed in the eastbound lanes, killing Miguel Angel Lamas Arellano, 24; William Bailey, 67; Doyle Harrison, 61; and Stanley Politano, 69.

Aguilera-Mederos was not under the influence of drugs or alcohol at the time of the crash. But prosecutors argued he could have used one of several runaway ramps as his truck barreled down from the mountains. The chain-reaction wreck ruptured gas tanks, causing flames that consumed several vehicles and melted parts of the highway.

Jefferson County District Court Judge Bruce Jones handed down the 110-year sentence — effectively a life term — because he said it was the mandatory minimum. Assault and attempted-assault are crime-of-violence charges in Colorado that carry mandatory minimum prison sentences, penalties that are set by the legislature and that must be served consecutively.

“I will state that if I had the discretion, it would not be my sentence,” Jones said when Aguilera-Mederos was sentenced Dec. 13.

The decision on which charges to bring against Aguilera-Mederos was made by the Jefferson County District Attorney’s Office. The office, led by Democrat Alexis King since January, has discretion when filing and pursuing charges. King was elected in November 2020.

The office was led by Republican Pete Weir when the crash happened and when charges were filed against Aguilera-Mederos.

The charges could have been amended at any point up until the trial began, said George Brauchler, the former 18th Judicial District attorney. In fact, prosecutors can amend charges after a trial has begun if they get permission from the judge overseeing the case.

“She wasn’t bound to pursue this case or those charges,” Brauchler, a Republican, said of King, “not a single one of them.”

There’s a safety valve in the mandatory minimum sentencing laws

King this week filed a motion with the court seeking reconsideration of Aguilera-Mederos’ sentence under a safety valve provision written into the state’s mandatory minimum laws for crimes of violence.

The provision allows the court “in a case which it considers to be exceptional and to involve unusual and extenuating circumstances, may … modify the sentence, effective not earlier than 119 days after his or her placement in the custody of the department (of corrections).”

The reconsideration can only happen, however, after the Department of Corrections submits a report on the defendant to the court. That report must be completed and submitted within about three months of sentencing, but is expected to be expedited in Aguilera-Mederos’ case.

Judge Jones could modify Aguilera-Mederos’ sentence as early as next week — a hearing is set for Monday — and change the penalty to one well below the mandatory minimum.

Aguilera-Mederos, however, would still have to spend at least roughly four months in prison because of the 119-day provision in the safety valve.

King, in her motion, said that prosecutors “brought this option to the Court’s attention at the initial sentencing.” She asked for the reconsideration hearing to be set “as soon as practical” and that prosecutors have already begun talking with victims in the case to get their input.

“As we move forward, we will continue to have meaningful conversations with the victims and their loved ones,” King said in a written statement Wednesday. “Our primary concern is ensuring that they are able to share with the court how this incident has impacted their lives as the court considers the appropriate sentence and follows the process set forth in the law.”

In explaining her thinking on the reconsideration motion, King said that “it simply allows the court greater flexibility than at initial sentencing.”

Still, prosecutors’ decision to ask for the reconsideration of a sentence so soon after it is handed down is highly unusual.

“The unusual aspect of this is the DA is taking steps to get the ball rolling,” said David Lane, a prominent criminal defense and civil rights attorney in Denver who has worked on a number of high-profile cases. Typically defense attorneys ask a judge to reconsider a sentence.

Tristan Gorman, the policy director for the Colorado Criminal Defense Bar, said it will be up to the judge to decide if he wants to reconsider the sentence.

“I can tell you from my experience that it is exceedingly rare to get an actual reconsideration of the sentence under this safety valve in the statute,” Gorman said. “I really cannot overstate how infrequently this is used.”

Gorman added:  “If the DA actually wanted a lower sentence than this,” prosecutors could have brought different charges against Aguilera-Mederos.

Why the case may not reach the governor

Aguilera-Mederos’ attorneys, who declined to comment for this story, are asking Polis to intervene in the case and grant clemency to their client.

The League of United Latin American Citizens and the Colorado Motor Carriers Association have done the same thing.

Lane thinks the case is unlikely to reach the point of Polis intervening, even if the governor is open to considering the clemency application.

“The governor has pretty much unlimited power to completely pardon someone, to commute someone,” he said. “The odds of this happening in this case at this point is close to zero.”

Lane explained that he thinks the case will be remedied through the court system as the judge who sentenced Aguilera-Mederos has already signaled a willingness — if not a desire — to change the sentence.

“I think the judicial system is going to take care of the problem,” he said.

What powers the governor has should the case reach his desk

Should the court decline to shorten Aguilera-Mederos’ sentence, or should Polis feel that the sentence hasn’t been shortened enough, the governor could intervene.

Colorado’s governor has almost unlimited clemency powers. Polis could choose to pardon Aguilera-Mederos or commute his sentence to a term of his choosing.

The governor has already pardoned a number of people — including the parents behind the “ballon boy” hoax, who were Lane’s clients  — and commuted the sentences of the state’s three death row inmates to terms of life without the possibility of parole.