How Many Miles Can Camille Herron Run In 24 Hours? 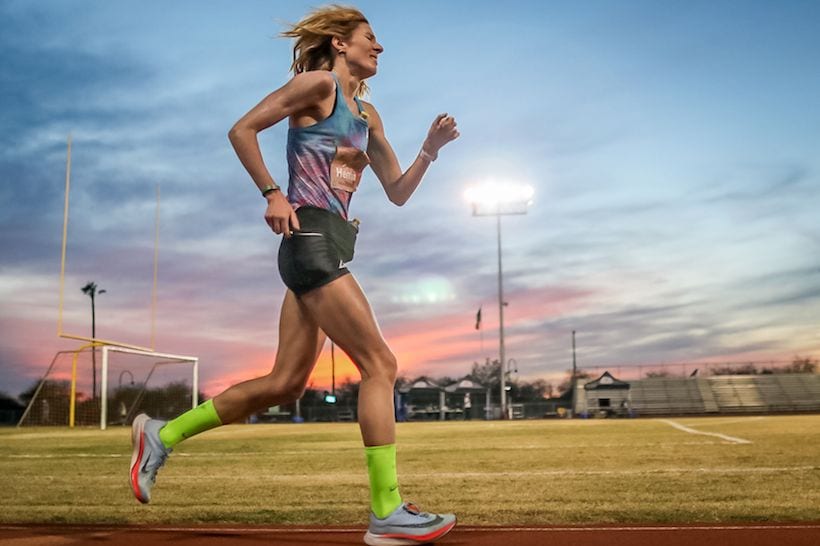 The ultrarunner who’s determined to set as many world records as possible just earned a new one: most miles run in 24 hours.

A few months ago, ultrarunner Camille Herron told Women’s Running that her goal was “to replace all of the world records on the road.” She started by setting a new 100-mile world record in November 2017 and a 12-hour world record last December. Twelve months later she’s still going strong, having just set a new world record for 24 hours of running.

Between 8 a.m. on Dec. 8 and 8 a.m. on Dec. 9, Herron ran 162.919 miles while participating in the Desert Solstice Invitational in Phoenix, Ariz. The event provides competitors with a single 400-meter track, on which they must complete as many laps as possible in the time allotted. “I felt like a mouse on a wheel at times,” Herron told Women’s Running via email shortly after securing her latest record. Though the athletes are instructed to change direction at every four-hour mark, the repetitive nature of the challenge can get wearisome. Aside from breaking up the distance into manageable segments, Herron focused on nearby distractions and her sources of inspiration to keep going. “There was music on the loudspeaker, chit-chatting with other runners coming and going and being cognizant of what my body was feeling. I thought about people who inspired me, including our dear friend David Manguno who unexpected passed away six weeks ago, and also [the] men’s world record holder Yiannis Kouros.”

In addition to the mental strategies that kept her attention focused throughout the race, Herron credits her race crew—which included her husband and trainer Conor Holt—with making her experience as strong and positive as it could be. “I definitely would not have been able to do it without Conor’s support and guidance,” Herron said. “We had a plan to help me both pace and troubleshoot any roadblocks the whole 24 hours to keep me going. Between him, my friend Kevin McGinnis (who drove all the way from Washington) and my friend Gretchen Connelie (who flew in from [New York City]), they all played critical roles. Kevin drove to get a pair of Nike Pegasus Turbos I’d left in our hotel room. Gretchen went to get me Taco Bell which, at 2 a.m., along with some Rogue Dead Guy Ale, helped to revive me from the dead.”

With the year winding down and this most recent world record added to her resume, Herron is looking ahead to the possibilities 2019 may bring—some of which are directly related to last weekend’s race. “I qualified for the [International Association of Ultrarunners] World 24 Hour Championship team, so I’m excited to take what I learned and try to reach 170 miles at the world championship next October in France,” Herron said. “I also want to crush it on the trails next year by going for course records at Western States and Leadville and also Comrades [Marathon in South Africa].”

To learn more about Herron and her record-breaking aspirations, read our recent “Meet the Elite” extended interview, in which Herron shares how an early interest in basketball led her to join her high school cross-country team and eventually paved the way for one of the strongest ultrarunning careers seen in recent memory.

How Many Miles Can Camille Herron Run In 24 Hours?