How expensive is it to call Colorado jails and prisons? Lawmakers want to find out. 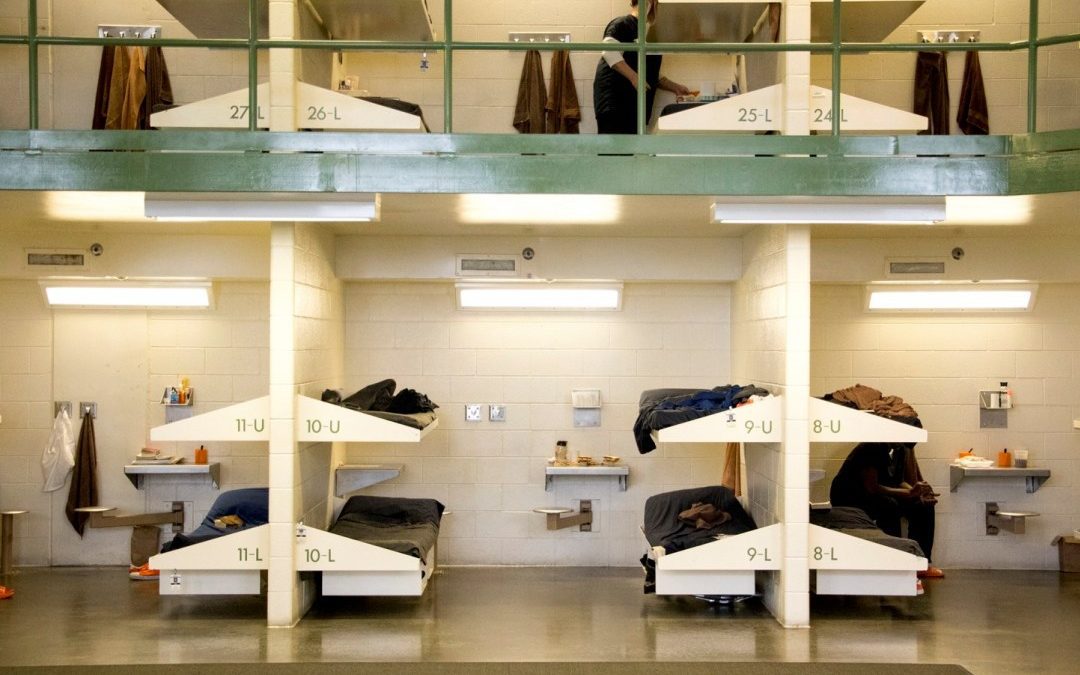 The $9 that Jim Anthony paid for each video visit with his jailed son last year was expensive, but the best way he could make sure his son got to know his own child, after the coronavirus pandemic shut down in-person visits to the jail.

But several of the calls dropped after a minute or two. Others had such poor audio quality they could barely hear each other.

“We spent most of the time asking if you could hear us, or if he could hear his son. And because we couldn’t hear each other or see each other, it was not even worth it,” Anthony testified at the statehouse earlier this month.

After failed attempts to get reimbursed by the jail’s telecom contractor, Securus Technologies, Anthony gave up and returned to spending $20 a week for phone calls with his son.

Families of incarcerated people have long complained about the high cost of voice and video calls managed by the handful of private companies that dominate the market for phone services for inmates. Now Democratic state lawmakers have a proposal to give Colorado’s Public Utilities Commission authority to regulate those companies, and require the PUC hear complaints and regularly test call services for quality and functionality.

House Bill 1201 also requires companies, local jails and state prisons to maintain and regularly report data to the PUC about call services. The bill would allow the state to begin collecting data so advocates and lawmakers can understand the scope and scale of the problem, said Rep. Kerry Tipper, a Lakewood Democrat and prime sponsor of the bill.

“Everyone agrees on this premise, that we don’t want to be price gouging and profiting off a captive audience, for lack of a better term,” said Tipper. “And we want some transparency injected into the system.”

Anthony was among a number of people who testified to high costs, dropped calls and a lack of transparency surrounding jail phone companies at a House Judiciary Committee meeting earlier this month.

Just two companies — Securus Technologies and Global Tel Link (GTL) — hold more than 73% of market share for telecom services to correctional facilities nationwide, according to the nonprofit Prison Policy Initiative. That has prompted ongoing efforts by the FCC to try to rein in costs.

The legislation would also make interstate calls subject to rate caps set by the FCC. The federal agency, however, doesn’t have jurisdiction over the cost of phone calls made within states, and has called on governors to step in.

Call rates and fees vary across Colorado jails and prisons, and advocates complain that it’s difficult to find information about what families are being charged, said Helen Griffiths, a policy strategist at the American Civil Liberties Union Colorado.

“According to Securus, it costs almost 10 times more to talk to your family if you’re in Aurora, which charges $12 for a 15 minute call, than if you’re in Denver,” Griffiths testified at the House Judiciary hearing.

That can be confusing and frustrating for families who have to navigate costs and different policies that can be inconsistent across the state, said state Rep. Serena Gonzales-Gutierrez, a Denver Democrat and another prime sponsor of the legislation.

When Anthony’s son was transferred from jail to a state prison in Sterling, for example, he was no longer dealing with Securus but another company contracted with the state Department of Corrections, Global Tel Link.

“When an incarcerated individual is moved from one facility to another…there are different providers, a lot of times, and any money that’s remaining on the balance in their account is forfeited,” Gonzales-Gutierrez said.

An earlier version of House Bill 1201 would have given the PUC the authority to set its own maximum rates on calls made within Colorado. That provision was removed because the process of creating those regulations from scratch would have been lengthy and expensive, said Tipper.

Securus, through a spokesperson, said it encourages legislators to review the data it submitted to the FCC as regulators discuss rate caps for interstate calls, in order to make informed decisions about the factors that drive costs for facilities and their company.

“We support Reps. Gonzales-Gutierrez, Tipper, and Gonzales’ goal of bringing transparency and thoughtful, data-driven analysis to the regulatory process in Colorado,” said Jade Trombetta, Securus’ Director of Communications, in an emailed statement. “We are proud to drive efforts to make our products and services more accessible and affordable, and want to ensure that the solutions in place meet the needs of incarcerated individuals and their families at facilities of all sizes and types.”

The legislation also does not address the other fees the companies charge to families for services, like depositing money or checking the balance of an inmate’s phone account.

Amber Johnson, whose father has been incarcerated in Colorado for 23 years, said she is charged $5 every time she deposits money into her father’s phone account. She spends about $50 a month on calls with her father — about $5 per call, for a 20-minute conversation — almost as much as she spends on a monthly cell phone plan with unlimited minutes.

“Our family also finds ourselves scrambling to collect $50 to $100, during hard times, so that we can put money on his account,” Johnson testified before the House Judiciary committee.

The Department of Corrections is “highly supportive” of the bill, according to Aaron Greco, the agency’s legislative liaison.

“[This bill] puts us in a better position when we have to renew contracts with companies like this, or even try to explore other options that may be out there,” Greco said.

When the DOC extended its contract with GTL in August 2020, the agency cut rates on calls to 10.75 cents a minute from 12 cents, or $6.45 for an hour-long call, according to DOC spokesperson Annie Skinner. The agency is also exploring “other potential programs to improve accessibility to family contact,” she said.

Such a change would not be cheap. This coming fiscal year, it would require $334,880 in new state spending, according to a financial analysis by nonpartisan legislative staff. Most of that cost is to hire staff at the Department of Regulatory Agencies, which houses the PUC, to test the inmate call services and process the new data required by the legislation.

That would be paid for by increasing per-facility fees on the telecom companies regulated by the bill, according to the financial analysis.

Other states are also looking at ways to cut the cost of calls to jail and prison inmates. The California Public Utilities Commission will begin holding public hearings later this month on capping rates for phone calls made within the state, while lawmakers in Connecticut are making their second push to pass a bill that would make phone and video visits free for inmates and their families.

House Bill 1201 was approved by the House Judiciary and Finance committees with bipartisan support. It’s now headed to the House Appropriations Committee.