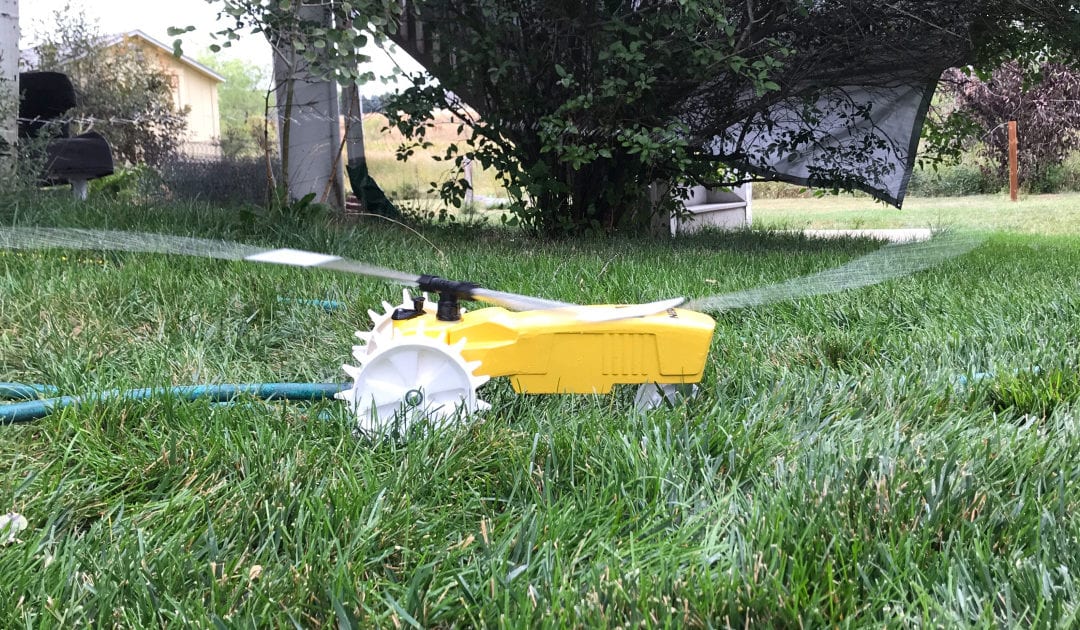 In the battle for Colorado’s precious water resources, there turns out to be no contest: Between drought and pandemic, drought wins every time.

While two of the largest water providers in Colorado noticed big drops in certain kinds of water use early on in the coronavirus pandemic, those savings are now overwhelmed by residents and business owners trying to keep their parched grass thriving with irrigation.

Commercial use of Aurora Water Department’s flow dropped more than 14% from March to April, as coronavirus work and travel restrictions truly kicked in, according to department statistics. Restaurants and other heavy retail water users also emptied.

Out came the sun and dried up all the rain. Average irrigation use in Aurora jumped nearly 30% in the first seven months of 2020 when compared to the average use in 2015-19, department officials said. Some of that may be from bored, work-at-home gardeners dousing the back yard as a respite from bad news. But the vast majority of it comes from the relentless impact of a near-record number of plus-90 degree summer days in the Denver metro area.

Aurora’s daily water use chart has been spiking high above normal levels nearly every day since about May 1.

Denver Water, the largest Colorado water utility with 319,000 metro customers in 2019, saw industrial use drop 8% through July, and office building use drop 11%, spokesman Todd Hartman said. Restaurants were down a whopping 30%.

As in Aurora, though, any differences in how people used Denver water amid the pandemic were obliterated by the larger forces of southwestern drought. The months of April to July were the fifth-driest on record in Colorado, and were the second-driest on record for the southwestern climate region of Colorado-Utah-Arizona-New Mexico, the Four Corners, according to the U.S. Drought Monitor operated by the University of Nebraska-Lincoln.

MORE: Nearly all of Colorado is under some drought status. A year ago, almost none of the state was parched.

Denver meteorologist Chris Bianchi has tracked 68 days at 90 degrees or higher this year, the second longest tally on record. He said he believes there’s a “decent shot” of reaching or beating the record of 73 days of 90-plus in 2012.

“While there was an uptick in indoor residential use due to the stay-at-home orders, the high water use can be explained primarily by the warm, dry weather that we have been having,” Hartman wrote, in an email.

“The short story from our perspective is that we are seeing higher use this watering season because of very hot, dry conditions,” he wrote. “This year is tracking at the 80th percentile, which means that it is hotter and drier than 80% of years that we measure against.”

This is where the large western water systems get to brag — only when prompted, of course — about the forethought and wisdom of their pipes-and-buckets storage system that that moves and collects runoff for Colorado cities when nature takes the summer off. Denver Water’s reservoir system, from Dillon Reservoir to Cheesman and Gross and beyond, were 91% full on Aug. 24, slightly below the average of 93% at this point in the summer. Last year, with more precipitation and cooler temperatures, Denver Water was at 97% in late August.

“Aurora is in good shape for the remainder of 2020,” said Greg Baker, manager of public relations for Aurora Water. Reservoirs operated by Aurora — including Quincy, Spinney Mountain, Rampart — are at 83% of capacity. In May 2019, after a previous period of drought in Aurora’s catchment basins, capacity was at 61%.

Post-traumatic tics from the bad years are never far below the surface — Baker mentioned how in March 2003, after the notorious drought and wildfires of summer 2002, Aurora was at 26% of capacity. That constituted only a nine-month supply for Aurora’s customers.

In a sign of this year’s drought actually biting into current water flows, though, water officials in northwest Colorado announced last week that users on the upper part of the Yampa River now have restrictions in order to send more to downstream rights holders.