How Colorado will enforce its coronavirus stay-at-home orders 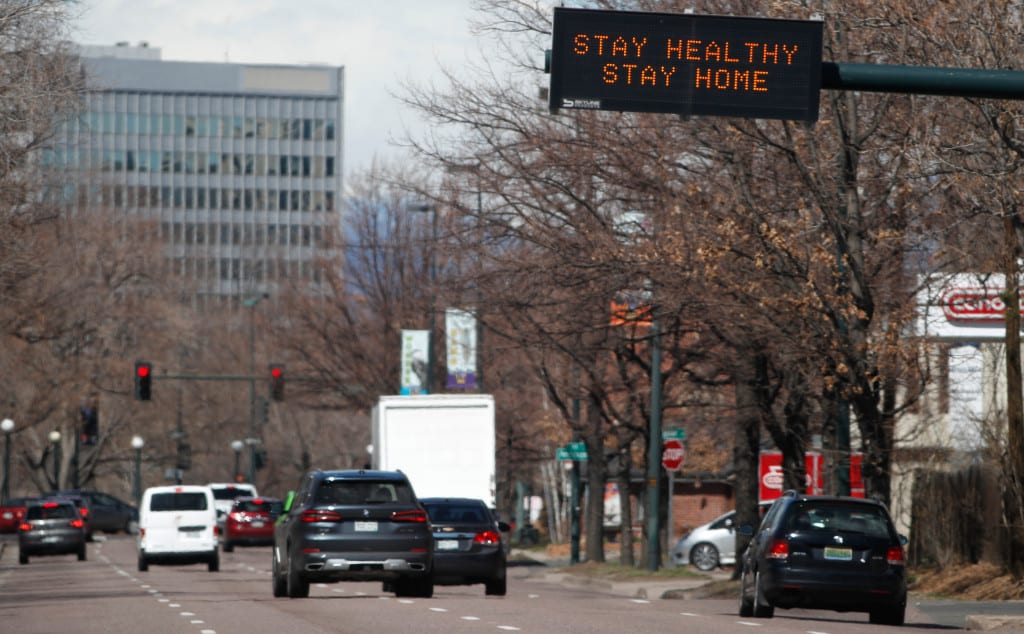 Colorado residents could face jail time and fines if they violate the state’s stay-at-home order during the novel coronavirus pandemic — but officials hope it won’t come to that.

With nearly all 5.8 million people in the state ordered to stay home starting Thursday in a bid to slow the spread of COVID-19, officials urged voluntary compliance with the new restrictions even as they prepared various avenues for enforcement, ranging from education to public shaming to criminal charges.

By law, those who violate the state’s public health order commit a misdemeanor and can face fines of up to $1,000 as well as a year in jail. The county order in Larimer County carries a punishment of between six to 18 months in jail, a well as fines between $500 and $5,000. In Denver, where officials were enforcing the order under municipal code, penalties could include fines of up to $999 per violation, as well as unspecified criminal action.

But officials said Wednesday that criminal charges would be levied only after all other measures to gain compliance have failed.

“These rules and regulations need to be complied with, but the fear should not be that you will be drug into court to face criminal charges,” 18th Judicial District Attorney George Brauchler said in a statement Wednesday. “That is a matter of last, last, last resort.”

Lawrence Pacheco, spokesman for the Colorado Attorney General’s Office, said if a local order is stronger than the state order, then the local order controls, and local penalties associated with any violations also control.

Brauchler said that in places where both the state and county orders are in place, it is up to local law enforcement and district attorneys to decide whether to charge someone under the state order or under county orders. Arapahoe, Adams, Boulder, Douglas and Jefferson rescinded their local orders Thursday and instead adopted the state order.

“I would like to provide the least punitive sanctions,” he said, adding that the sheriff’s offices in Arapahoe and Douglas, as well as Aurora police, have all agreed to check with his office before charging someone for violating the orders.

“It would need to be something super egregious and likely repeated,” to warrant a citation, he said.

That approach has been echoed across the state.

Law enforcement agencies should deal with those people and businesses who violate the stay-at-home mandate by first educating the violators on the importance of the order, then warning them and then applying public pressure if they still fail to fall in line, according to a Friday letter to law enforcement from leaders of the Colorado Department of Public Safety, Colorado Attorney General’s office and the Colorado Peace Officer Standards and Training Board.

“Whether via social media or the attention of local media outlets, we believe that public pressure and encouragement is a constructive force and will drive compliance,” the letter said.

If public shaming fails, the letter continued, then authorities should seek civil remedies before filing criminal charges — which likely would result in a citation, rather than a physical arrest, as authorities try to keep jail populations to a minimum during the pandemic.

“I am authorized to enforce this order but am optimistic that enforcement will not be necessary, and that if there are instances where complaints are received, that education will be all that is needed to obtain cooperation,” Douglas County Sheriff Tony Spurlock said in a statement. “It is NOT my intent to look for groups of people or stop people driving from home to other locations.”

Complaints about people and businesses can be filed with county health departments, who can seek enforcement of the orders through the civil court system, the state’s letter said, as well as to the attorney general’s office. In Denver, residents should call 311 to report violations, said Kelli Christensen , a spokeswoman for Denver’s Joint Information Center.

The city received 74 complaints between the start of Denver’s stay-at-home order at 5 p.m. Tuesday through mid-day Wednesday, she said. No one had been cited.

“First and foremost, we don’t want this to be a punitive process,” she said. “We hope that people will display some level of personal accountability and do this as much for their own good as everyone else’s good.”

The city is also preparing to switch employees from their normal roles into roles to assist with enforcement if necessary, she said. Denver police, health inspectors and parks and recreation staff are all involved with enforcement, she said, focusing on community events, businesses, parks, restaurants and bars. The city’s Department of Excise and Licenses is also involved, focusing on licenses for marijuana, liquor and restaurants.

Christensen said city police officers don’t plan to pull anyone over to check for compliance.

“They’re not creating special patrols, or anything like that,” she said.

The Tri-County Health Department, which serves Adams, Arapahoe and Douglas counties, said Wednesday that residents who work at essential businesses do not need to carry a letter from their employers confirming that they are allowed to be out.

“At least initially, we hope that voluntary compliance will be enough,” the statement said, “and law enforcement does not plan to stop people for verification.”