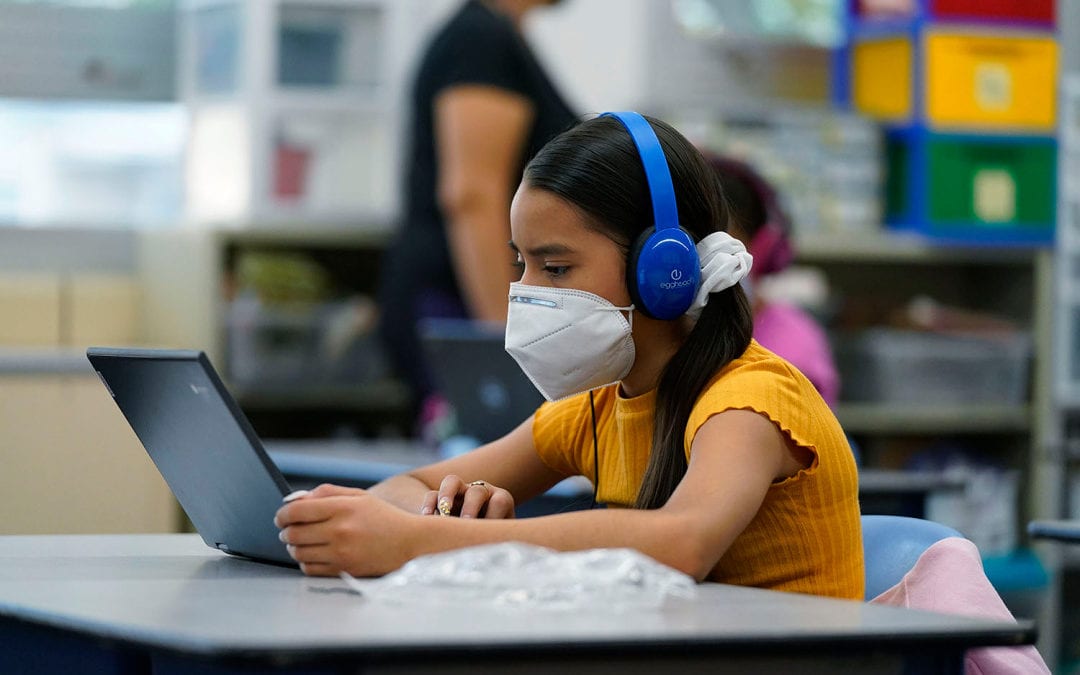 The Colorado Measures of Academic Success, which is administered to students in grades three through eight, will look a lot different this year because of the coronavirus pandemic.

That’s thanks to House Bill 1161, which is the result of a legislative compromise reached between testing opponents and proponents at the Colorado Capitol.

Gov. Jared Polis is expected to sign the measure into law as soon as Tuesday.

Here’s what the legislation does and how it came about:

Who gets tested and in what subjects

Assessment in science and social studies would be canceled for all grades.

A parent of a student in grades three through eight may request that their child be tested in both literacy and math if they’d like to track their pupil’s progress.

The result won’t be used to evaluate teacher performance

In any other year, the CMAS results would be used to evaluate teacher and school performance. But because of the learning variables stemming from the COVID-19 crisis, namely remote instruction, the state decided to detach the results from performance evaluations.

There was consensus among testing proponents and opponents that this was the right thing to do.

In normal years, CMAS results  can determine a school’s rating and can affect a teacher’s evaluation.

The original plan was to do away with testing altogether

Testing opponents, with the support of the Colorado Education Association, the state’s largest teachers union, originally wanted to cancel the 2021 CMAS testing. Legislation was introduced, House Bill 1125, to do just that.

They argued that learning variables pared with safety concerns about administering the exams would make the results unreliable. They also said that students had been through a stressful-enough academic year and didn’t need to contend with the stress of standardized testing.

But Gov. Jared Polis and education reform groups, as well as a number of state lawmakers from both sides of the aisle, disagreed, saying that without testing there would be no way to gauge how far behind Colorado kids have fallen in their learning.

The death knell for House Bill 1125 came, however, when the Biden administration announced it would not grant federal waivers allowing states to cancel their annual standardized testing.

How House Bill 1161 came about

Once House Bill 1125 was rejected, testing opponents and proponents started working on a compromise.

We now know that Polis’ office was central to those discussions.

State Rep. Emily Sirota, a Denver Democrat who was pushing for testing to be skipped this year, said the governor’s office “was heavily engaged” in the negotiations.

Further, Sen. Rachel Zenzinger, an Arvada Democrat who is also working on the issue, says Polis’ office was one of the main reasons the original legislation, House Bill 1125, died in a legislative committee.

“The strongest advocates of assessments came to the table and agreed that this bill preserved and provided the data we need while simultaneously protecting the health of our students,” Zenzinger said.

Not everyone is happy about the compromise

Standardized tests are one of the most controversial education issues in Colorado, and there are some people upset about how House Bill 1161 turned out.

State Rep. Richard Holtorf, R-Akron, called for an amendment to suspect state testing, which would have made the bill closer to House Bill 1125. But that drew opposition from members of his own party.

State Rep. Colin Larson, a Littleton Republican who was pushing for the testing to move forward, said House Bill 1161 isn’t perfect, but it’s “absolutely the epitome of compromise.”

“Both sides gave so much and truly met in the middle,” Larson said. “And we need to recognize that.”

State Sen. Bob Rankin, a Carbondale Republican, worries that since House Bill 1161 cuts out literacy assessments for fourth graders the state won’t be able to gauge how another policy, the READ Act, is faring.

The fourth grade assessments are the best tool to measure success of the policy, which was reworked in 2019 after lawmakers determined it wasn’t working properly.

“I honestly do believe this was an important, overlooked issue,” Rankin said. “That test is the primary measure of how well we’re doing.”

Will the results be useful?

Proponents of the bill say it’s better than nothing, but at least one expert casts doubt on the efficacy of making such dramatic changes to the exams given the number of parents that are expected to opt their kids out of the exam. Parents can always choose to opt their children out of the testing, but this year, because of coronavirus, the rates are expected to be higher.

Lorrie Shepard, a professor in the Research and Evaluation Methodology program at the University of Colorado, who studies the use and misuse of tests in educational settings, fears that any CMAS test data collected will simply be inaccurate.

“That will completely skew the data,” compared to 2019, when the state had a 95% participation rate, Shepard said.

It’s still not a done deal

House Bill 1161 directs the Colorado Department of Education to ask the Biden administration for a waiver to change how the CMAS is administered.

State lawmakers are confident that the waiver will be granted, but it’s not over until the last bubble is filled out.