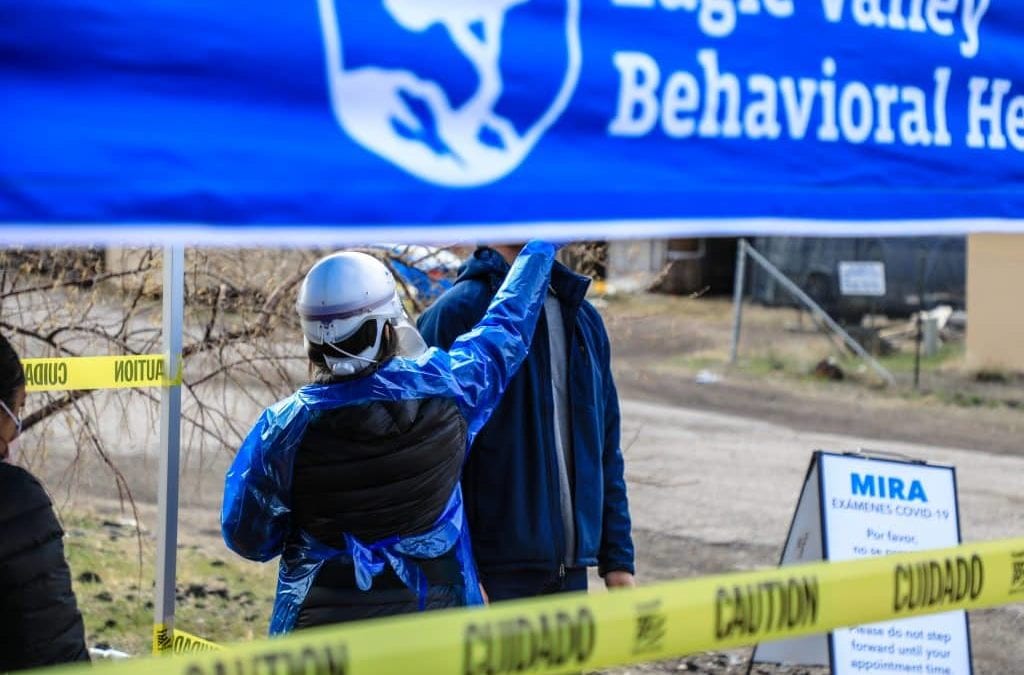 The March 5 news conference announcing Colorado’s first confirmed case of COVID-19 was over.

The governor and the director of the Colorado Department of Public Health and Environment returned to work. Colorado’s first positive coronavirus patient left Summit County with a friend under orders to quarantine himself as he recovered in the lower elevation of Jefferson County.

But back in Silverthorne, the crisis was just beginning.

“I am wondering if you can help me,” the director of Summit County’s Health Department, Amy Wineland, wrote to her counterpart in JeffCo just before 6 a.m., the morning after the first case was announced. “We are trying to confirm that the unit number of the condo complex they stayed in was 2800. Can you please help confirm this?

“CDPHE is not returning our calls.”

During those lost 13 hours, thousands of cars passed through Silverthorne in either direction on I-70 as people who may have had contact with that first known patient went home from ski resorts in Summit and Eagle counties.

All while the health director at ground zero was unable to confirm the spelling of the patient’s name or where he stayed at Keystone, much less coordinate or participate in any effort to trace his contacts in the mountains.

Colorado’s state government began preparing for an expected pandemic in 2000, when the legislature created an epidemic response committee and gave the governor broad powers to fight a viral disease. And as COVID-19 approached, the state prepared CDPHE’s lab to be the central hub for testing and began to coordinate among state and local agencies.

But when COVID-19 arrived, chaos reigned and plans developed over years of tabletop exercises were almost immediately “overwhelmed,” according to the head of CDPHE.

“They had run through drills and we understood the concept,” Gov. Jared Polis said in an interview about advance preparations by state emergency officials. “And I had been through drills on what a contagion event might look like. We didn’t know what this particular pandemic would look like.”

A CPR News review of more than 2,000 pages of emails, text messages and memoranda from the weeks before the coronavirus reached Colorado through the first days of the state’s response found numerous instances of confusion, complacency and a lack of preparation.

In interviews with more than a dozen disease and disaster experts, all agreed that the rapid transmission of the disease contributed to early missteps, whether local, state or federal. Many applauded the state’s public response to the crisis after the virus arrived.

“Honestly, as an infectious disease epidemiologist living through the pandemic of our lifetimes, I’m glad I live in Colorado,” said Molly Lamb, with the Colorado School of Public Health. She was referring to Polis’ science-based approach, including the symbolism of regularly wearing a mask in public.

“New guidelines come up from [Centers for Disease Control and Prevention] and the next day Governor Polis is standing at the podium wearing a face mask saying, ‘CDC says we should do this, we should do this.’ That’s impressive,” Lamb said.