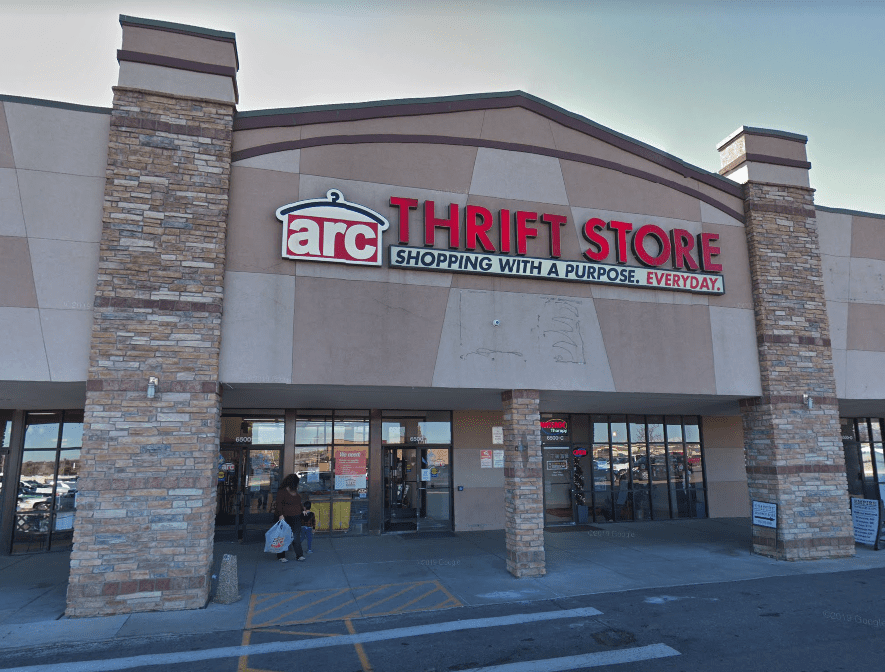 There is more to arc Thrift Stores than just affordable second-hand clothing and household items. It is a 52-year-old nonprofit organization with a compelling mission. Since the first store opened in 1968, arc’s goal has been to fund and advocate for people with intellectual and developmental disabilities. When Lloyd Lewis stepped on as arc CEO in 2005, he took that mission to an entirely new level.

“In 2003, I had a little boy born. His name is Kennedy and he has Down syndrome,” Lewis recalled in an interview with 303 Magazine. Originally coming to Denver with IBM and most recently serving as the CFO for Displaytech, the birth of his son changed his career path. He immediately got involved in scientific research and advocacy for Down syndrome. “It really became the core basis of meaning in my life,” said Lewis. Soon thereafter, he was recruited to be the CFO of arc and became the CEO later that year.

“I am trying to create a better life for my son Kennedy. More opportunities, more inclusion, more support, and trying to do that more broadly to help all Coloradans with intellectual disabilities,” Lewis expressed.

Arc only had around 10 employees with disabilities when Lewis joined the company. Now, they have over 350. “It started with me realizing that we needed to walk the talk and employ the people we serve,” he stated. As employees of arc, they are arc Ambassadors. “For a lot of our ambassadors, their work at arc becomes one of the most important life experiences they have,” Lewis explained. With 80% of people with intellectual disabilities being unemployed, arc gives them a chance to contribute, make a difference and build their social network.

In addition to work experience, arc provides disabled individuals with a unique opportunity to gain a post-secondary education. At arc University, volunteer teachers teach classes such as Finance, Social Media Safety, Relationships and Boundaries, Fitness, Sign Language and Photography. “If they participate in 6 of the 12 classes offered, they get a Bachelor’s Degree, 9 of 12, a Master’s Degree and 12 of 12, a Ph.D.,” said Lewis of the program. Arc’s University program was meant to fill a need for people with intellectual and developmental disabilities to grow, learn, gain experience and overcome challenges. They even put on a formal commencement ceremony for their graduates every year. “As they walk across the stage, you would think you were at a Harvard commencement,” Lewis described, “They take a lot of pride.”

Even during the pandemic, which has taken a toll on many businesses, arc hasn’t ceased their charitable efforts. Being designated an essential business, they have distributed over 60 tons of food to people in need, given 6,000 masks to individuals with intellectual disabilities and donated art supplies, books and bedding to groups serving vulnerable children, families, homeless shelters and seniors. “We are discharging our essential business designation with as much effort as we can muster,” said Lewis.

As for the future of arc, Lewis says they will continue to raise money for the cause that fuels their company; supporting and advocating for people with disabilities. Raising over 100 million dollars during his tenure for the arc chapters, the goal for the next 15 years is to target 150 – 200 million dollars in funding. In addition, he also plans to double the number of employees with intellectual disabilities and their overall workforce. Lewis finishes, “The future of arc is to continue to grow our impact on the state dramatically.”