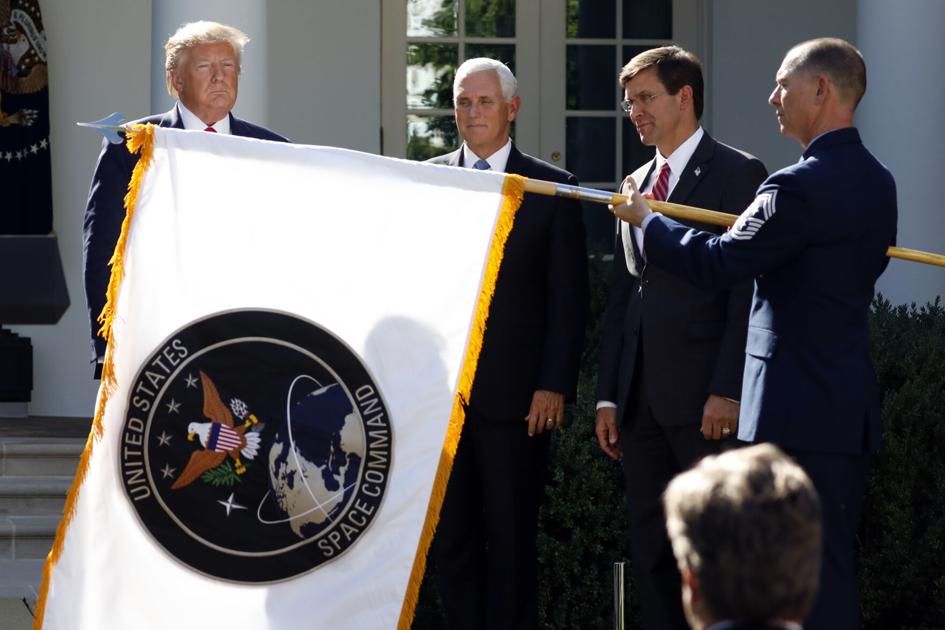 Congress may put the brakes on the move of U.S. Space Command from Colorado Springs.

The House Armed Services Committee on Thursday passed, with bipartisan agreement, Colorado Springs U.S. Rep. Doug Lamborn’s amendment to the Fiscal Year 2022’s National Defense Authorization Act — an amendment that would prevent the move of the command to Huntsville, Ala., and work leading up to it, until after the Government Accountability Office and the Department of Defense Office of Inspector General complete their reviews of the decision.

Results of the GAO review, currently underway, are expected to be released in March, Chuck Young, managing director of public affairs for the agency, told The Gazette on Thursday.

The amendment’s passage through committee comes nearly two weeks after former President Donald Trump said on a radio show that he “single-handedly” picked Alabama as the new home for U.S. Space Command, confirming a January report by The Gazette.

Trump’s decision has drawn fire from Colorado politicians who claimed the choice was politically motivated. Some retired generals worry that the move could disrupt America’s defense of military satellites.

“We must ensure this decision was free of any political influence,” Lamborn, a Republican and member of the House Armed Services Committee, tweeted Thursday morning.

If the bill is approved by the House and the Senate, the U.S. Space Command move, and work leading up to it, would be put on hold until the reviews are completed next year. The command is currently scheduled to remain in Colorado Springs until 2026.

Lamborn’s provision was adopted as part of a block of amendments Thursday as the House Armed Services Committee approved the $778 billion legislation in a 57-2 vote.

None of the money allocated for the Defense Department “may be obligated or expended to construct, plan or design a new headquarters building for U.S. Space Command until the inspector general of the Department of Defense and the comptroller general of the United States complete site selection reviews for such building,” the amendment reads.

“It is not perfect, and I look forward to improving this bill on the House Floor and in Conference with the Senate,” Lamborn said in a Thursday press release.

Andy Merritt, chief strategy officer at The O’Neil Group Company in Colorado Springs who spent more than two decades working for various congressmen, called the vote “an important statement to the administration that Congress has concerns about the process … to award Space Command to Huntsville.”

This spring the GAO said it would review the process behind the Air Force’s decision to uproot the command’s headquarters.

The office will “review matters relating to the methodology and scoring” of the Air Force’s decision-making process, Lamborn’s office said in March. Lamborn requested the review in February.

Lamborn said then that he believed the decision-making process used by the Air Force was “fundamentally flawed.”

In a Feb. 1 letter to GAO Comptroller General Gene L. Dodaro, Lamborn said he was not requesting that the office address concerns of potential “untoward political influence exerted by President Trump” on Air Force leaders “to modify the process and ensure Huntsville … was chosen.”

The GAO is a nonpartisan legislative branch agency that, among other duties, provides evaluation and investigative services for Congress.

The review came on the heels of an investigation into the decision by the Defense Department’s inspector general, announced in February by Randolph R. Stone, assistant inspector general for evaluations, in a memo to the acting secretary of the Air Force, John P. Roth.

Among the factors to be examined in that investigation, which was to begin in February, are whether the service branch used “objective and relevant scoring factors” to rank six candidate locations and “calculated the cost and other scoring factors accurately and consistently” among those candidates, according to the memo.

Amendments secured by Lamborn to the legislation would also create a Space National Guard with Colorado’s U.S. Rep. Jason Crow, a Democrat; fund a new fitness center at Schriever Space Force Base and a new vehicle maintenance facility at the Air Force Academy; and require the Army to create a plan for demilitarizing the Pueblo Chemical Depot.