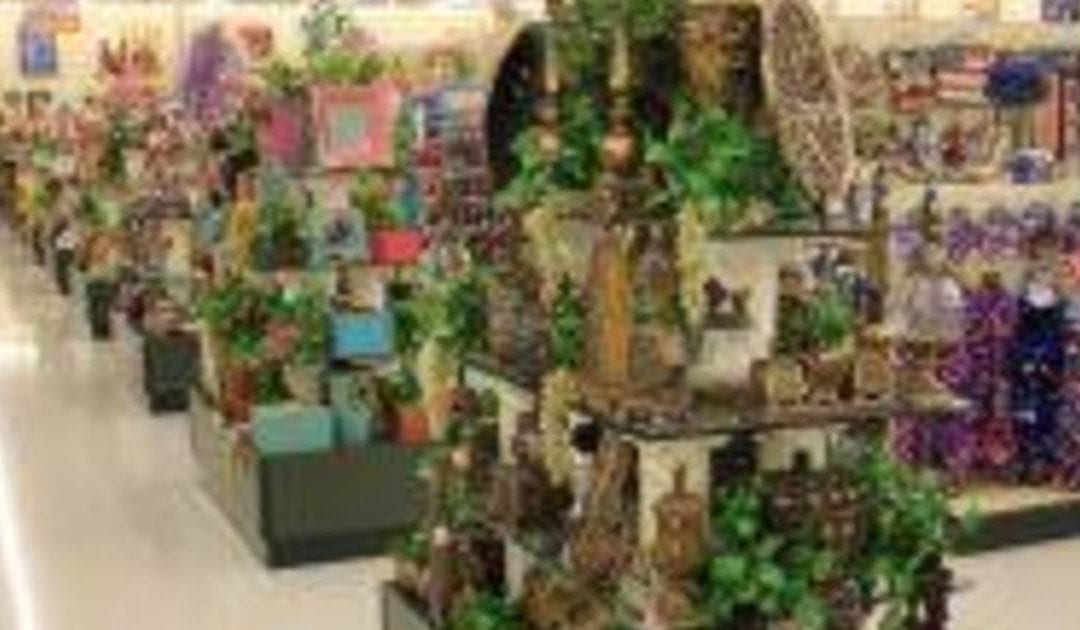 Hobby Lobby is facing a multi-state backlash for keeping some of its stores amid the spreading coronavirus, with a Texas official suggesting that the arts-and-craft retailer is endangering public health.

The Oklahoma City-based company’s controversial stance comes as some of the nation’s biggest retail chains temporarily close or limit their hours of operations because of the pandemic, which has killed more than 6,500 Americans.

“I just want to make it clear to Hobby Lobby and anybody who is foolish enough to follow in their footsteps that in Dallas County, the government and 99.9% of the business community, puts public health over profits,” Dallas County Judge Clay Jenkins said in a news conference on Thursday.

After praising steps to encourage social distancing, Jenkins said that “someone who is not a hero, and who I want to call out specifically, and I’ll be calling out others like this, is the corporation Hobby Lobby.” The company is “taking the position that somehow the rules don’t apply to them,” he added.

After learning that the company had reopened locations in the Dallas metro area, Jenkins said he asked his staff to prepare a cease-and-desist order and to communicate with other jurisdictions around the U.S. about the company’s decision to keep some stores open.

In Texas, home to 108 Hobby Lobby stores as of last month, the retailer on Thursday continued to welcome customers into its stores despite Gov. Greg Abbott on Tuesday ordering Texans to stay home. Calls to two stores in Houston found them to be open as usual, with another one, in Garland, a Dallas suburb, also open.

But that changed Thursday night, with a Hobby Lobby in Dallas closed abruptly by county sheriff’s deputies after Jenkins called out the retailer, reports CBS Dallas. Other Hobby Lobby stores were also closed in the Dallas metro area, including one in Garland, where workers were told their store would be shuttered until April 30 or further notice, according to Andrea Freidberg, who has worked at the location for three years.

Hobby Lobby has not responded to multiple requests for comment.

The company had initially complied with mandates in effect in a majority of states that called on all non-essential businesses to close, but then decided to make the case that it serves critical needs and should reopen. On Saturday, employees were told to return to stores that had been temporarily shuttered, including locations in Texas, Colorado, Ohio and Michigan.

Ohio Attorney General Dave Yost took to social media Wednesday to note that while Hobby Lobby had “properly closed its stores during Ohio’s stay-home order. Now they’re open again — what’s changed? Neither the order, nor the seriousness of the health threat, for sure.”

Now they’re open again — what’s changed? Neither the order, nor the seriousness of the health threat, for sure.

I sent a cease & desist letter to their general counsel. https://t.co/HVqDhFfhqo

Within an hour of receiving his cease-and-desist order, Hobby Lobby’s general counsel called to say the company would be closing its stores in the state as of Wednesday night, Yost stated in a follow-up tweet.

Hobby Lobby operates more than 900 stores across the country, including 37 stores in Ohio, where it just weeks ago announced a grand opening in Sandusky. The phone number for the Sandusky store was disconnected as of Thursday.

The retail chain’s decision to reopen drew a similar reception in Colorado, where there are 21 Hobby Lobby locations. In its cease-and-desist letter, W. Eric Kuhn, the senior assistant state attorney general, noted that Hobby Lobby had reopened its stores in the state this week, violating a March 25 order by Gov. Jared Polis telling Coloradans to stay home and ordering all non-critical businesses to close.

“For the avoidance of doubt, Hobby Lobby is not a ‘critical business,'” Kuhn wrote in the missive, which was posted by local media.

Colorado Attorney General Phil Weiser’s office on Wednesday sent a warning letter to Hobby Lobby on behalf of the state health department. The company agreed to close its stores in the state on Thursday, a spokesperson for Weiser said in an email to CBS MoneyWatch.

Hobby Lobby stores were also open on Thursday in Tennessee, even as Governor Bill Lee on Thursday issued a stay-at-home mandate, a move that came after previous “safer at home” orders by Nashville, Memphis and other cities in the state.

The same could be said for outlets in Indiana, a state where a stay-at-home order expires Monday night, but will likely be extended. The person answering the phone at a Hobby Lobby In Merrillville, Indiana, said the store was open for business, but only letting in 10 people at a time.