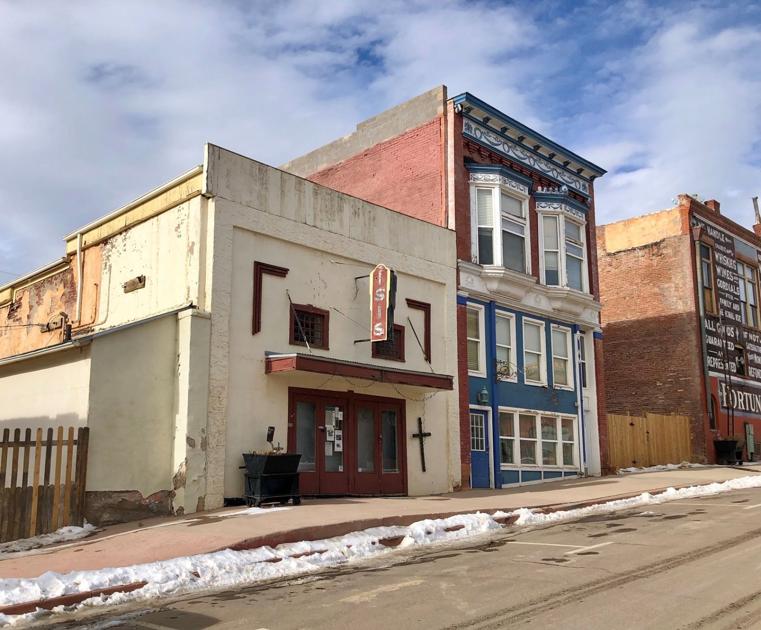 Most are weathered, some tumbledown, some just vestiges of what they had been. But they’re all pages from the state’s history and named to Colorado’s Most Endangered Places List by the nonprofit Colorado Preservation.

For 23 years, the group has worked with communities to help save some of these sites. Added to the list for 2020 is Isis Theatre in Victor.

The old movie theater is part of the mining town’s “rich architectural heritage,” the group described. In the former Red Light District, it “epitomizes this wildly entertaining past as it serves as a panorama of the history of live theatre, motion pictures and entertainment from the earliest era of the town.”

Originally built in 1899, the theater burned down with much of the town later that year. Rebuilt in 1904, it was the popular site of vaudeville shows, stage performances and movies. Now privately owned, it’s a free museum with movie and theater nostalgia including “vintage costumes, playbills, posters, theater curtains and its original piano.” Some of the wooden seats boast elaborate carvings. Noted the preservation group: “The site also includes two vintage arc-light projectors believed to be in working condition that are thought to have some direct link to Thomas Edison’s designs for DC voltage.”

Also named to the 2020 list is the 1915 Antelope Springs Methodist Episcopal Church on the plains in Morgan County in northeast Colorado. Residents and the preservation group are teaming up for restoration work after arsonists set fire to the rural building in 2019. The interior was saved, but there was damage to the exterior. It is called “a Late 19th and Early 20th Century American Movements style building.”

Also joining the endangered list are the five remaining East Portal Camp Cabins at the east entrance to Moffat Tunnel in Gilpin County. That community, at the base of James Peak Trail, had housed workers building the tunnel under the Continental Divide.

Southwest of Ignacio in La Plata County are several buildings and the center flag pole of the Southern Ute Boarding School Campus. The preservation group describes its significance as a symbol of “the federal government’s efforts to control, contain and civilize the oldest, longest continuous inhabitants of Colorado” through “forced assimilation.” Indigenous people were to be trained military style from the late 1800s “to become laborers and agriculturalists.” The boarding school, built in 1901, educated Southern Ute and other indigenous students through the site closure in 1981.

Work by the preservation group started in 1984 with the founding of the grassroots Preservation Action Colorado, which a year later became Colorado Preservation, Inc. It includes education programs and public policy advocacy as well as the endangered list with 50 sites saved.