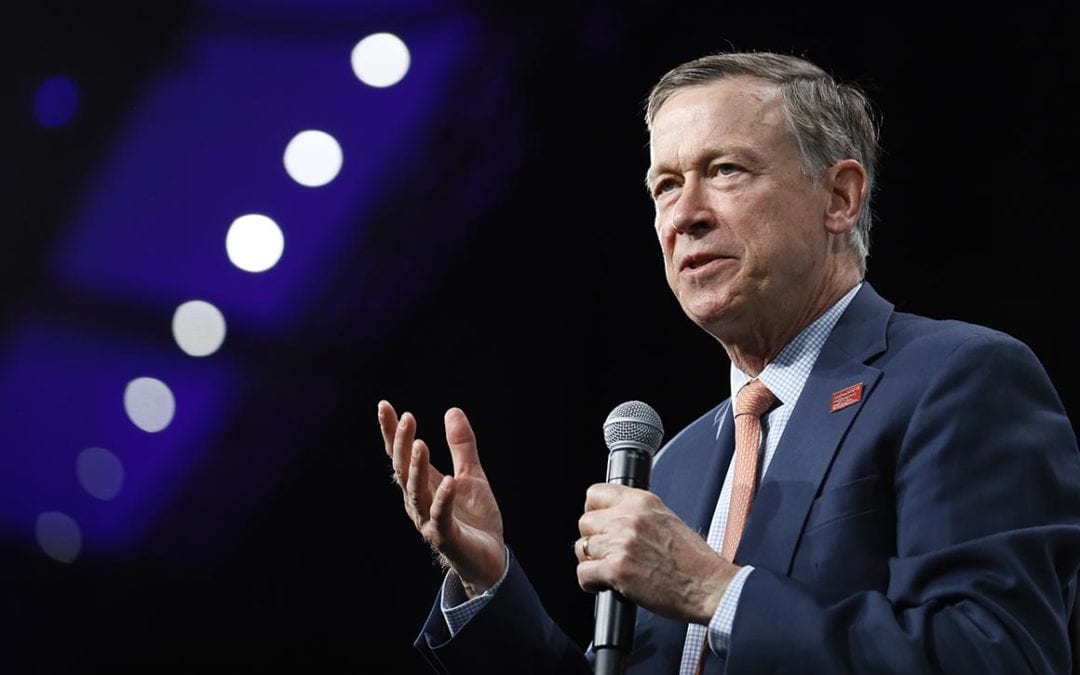 It was just one of just several major races across the country Tuesday. GOP Rep. Scott Tipton lost the nomination for his Western Colorado House seat in a shocking upset. Lauren Boebert, the owner of a restaurant that advertises the fact that its wait staff open-carries firearms, led Tipton by 9 percentage points when The Associated Press called the race.

Republicans also voted in primaries in two major House battlegrounds, while former Utah Gov. John Huntsman is in a primary battle to win back his former job.

But the Colorado Senate race was the most significant contest on Tuesday because the state is essential for Democrats’ path back to the Senate majority. Hickenlooper entered the race last summer after his brief presidential bid, and the Democratic Senatorial Campaign Committee immediately endorsed him along with a handful of candidates who dropped out of the race to get behind Hickenlooper.

Hickenlooper was the prohibitive favorite for months, leaning on his successes in his two terms as governor and his universal name ID and positive image among the state’s voters. But he had stumbled in the closing stretch of the race, apologizing for racially insensitive comments and being held in contempt by the state’s Independent Ethics Commission, which ruled that he twice violated the state’s ethics laws as governor.

Those issues gave Romanoff an opening, and Republicans jumped at the chance to attack Hickenlooper, airing negative ads about him in the past couple weeks. But Democrats across the ideological spectrum, both nationally and locally, rallied around the former governor.

Romanoff, who has run on a liberal platform, argued that Hickenlooper’s moderate stances don’t meet the moment and has said the ethics ruling shows the former governor would put the seat in jeopardy. But many Democrats in the state argued Hickenlooper was still the best candidate to face Gardner this fall.

Hickenlooper, in a statement delivered on Facebook after the race was called, tied Gardner to President Donald Trump and called for unity among Democrats for the fall.

“I’ve never lost an election in this state, and I don’t intend to lose this one. There’s far too much at stake,” Hickenlooper said. “But this fight isn’t going to be easy. Donald Trump, the Republicans and their dark-money groups are going to keep throwing everything they’ve got. Everything they’ve got they’re going to throw at us because they can’t defend Cory Gardner’s record.”

Romanoff conceded the race to Hickenlooper and offered a quick endorsement, saying he called the former governor to “pledge my full support in his race against Cory Gardner” and encouraging his supporters to do the same.

“We’ve now seen enough to know that the 2020 version of Candidate Hickenlooper is tired, unfocused and uninspiring,” Hansen said. “Cory Gardner, on the other hand, is an energetic, world-class campaigner who knows how to win a tough fight.”

Burgess Owens, who played in the NFL from 1973 to 1982, will take on Democratic Rep. Ben McAdams in Utah this fall. | Steve Griffin/Deseret News, Via AP

Also on the ballot Tuesday, Huntsman was facing voters for the first time since he won reelection as governor in 2008, before departing to become then-President Barack Obama’s ambassador to China and later serving as President Donald Trump’s ambassador to Russia. Early results showed him locked in a tight race with Lt. Gov. Spencer Cox.

Nine contenders competed to take on Democratic Rep. Kendra Horn, whose nabbed the upset of the cycle two years ago when she ousted GOP Rep. Steve Russell in an Oklahoma City-based seat that backed Trump by 14 points.

Voters in the district lean heavily Republican, but Trump is not popular there. He won it by 7 points in 2016 after Mitt Romney carried it by 37 points four years earlier.