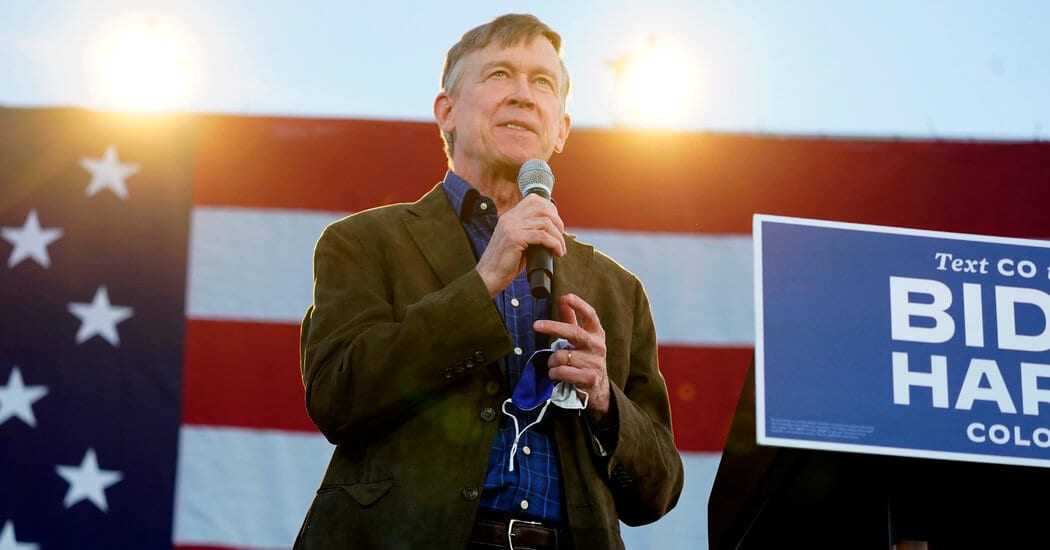 As a result, the senator found himself constantly squeezed between independent and other voters who expected him to break with the president’s more extreme positions and those in the solidly conservative though less populated areas of the state who supported Mr. Trump without question and demanded that Mr. Gardner do the same.

Here’s a guide to The Times’s election night coverage, no matter when, how or how often you want to consume it.

He centered his re-election campaign in large part on broadly popular agenda items unlikely to offend either group. He used his ties to the president to win Mr. Trump’s commitment this year to fully fund the Land and Water Conservation Fund used to acquire public lands, even though the president’s budget office had favored eliminating money for the program. Mr. Gardner, along with Senator Steve Daines of Montana, another endangered Republican, made a personal appeal at the White House for Mr. Trump to back the legislation, viewing it as a way to attract independent and moderate voters. The landmark bill was signed into law in August, but it was not enough.

Mr. Hickenlooper, who in 1988 opened a popular brewpub that contributed to the redevelopment of Denver’s downtown, had initially insisted he was not interested in the Senate seat.

“I’m not cut out to be a senator,” Mr. Hickenlooper said in early 2019 as he resisted entreaties to challenge Mr. Gardner and instead opted for a presidential run. But after he failed to break through nationally, he quickly changed course, and in August 2019, he said that “this is no time to walk away from the table,” and that he was “not done fighting for the people of Colorado.”

Mr. Hickenlooper still faced one hurdle to taking on Mr. Gardner, a primary race against Andrew Romanoff, a former state House speaker who ran to the left of the former governor. Mr. Hickenlooper’s path to the nomination was complicated in June, when he failed to take part in a state ethics board examination into accusations that he failed to properly report private jet rides and overseas trips. He was held in contempt and drew extensive negative news coverage. He appeared the next day, but the commission eventually fined him $2,750 for two violations and refused to vacate its contempt finding.

He still managed to beat Mr. Romanoff decisively in June, setting up a race with Mr. Gardner that drew millions of dollars from outside groups.

Mr. Hickenlooper hit Mr. Gardner continuously for voting to overturn the Affordable Care Act and eliminate coverage for pre-existing medical conditions. Mr. Gardner pushed back and backed legislation that Republicans said would guarantee coverage, and when Democrats forced a vote last month on a measure seeking to bar the Trump administration from arguing in court to overturn the health care law, he was one of several Republican senators in tough re-election races who broke with their party to support it. But he could never close the gap with Mr. Hickenlooper.