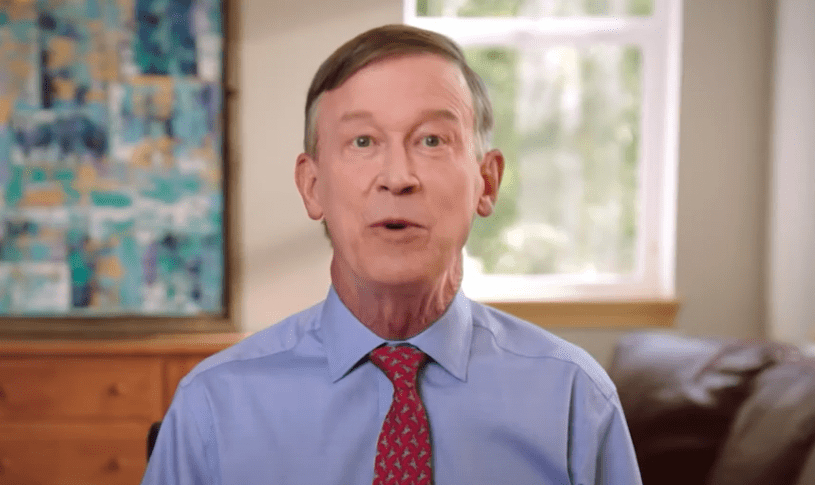 John Hickenlooper is wallowing in the mud again with an absurd claim in a new TV ad accusing U.S. Sen. Cory Gardner of rushing with “lightening speed” to confirm the next Supreme Court judge.

Imagine that. A Democrat accusing Congress of working too hard, too fast, accomplishing too much.

Congress has never moved at lightening speed to accomplish anything, no matter the urgency or which party is in control.

Here’s Hickenlooper’s claim from the ad:

“But boy oh boy, Cory’s ready to rush through a Supreme Court justice in lightning speed.”

Lightening speed, by U.S. Senate standards, is the time it took to confirm the late Justice John Paul Stevens —19 days.

If Senate action was a roller coaster ride, they’d all be dead.

Trump is expected to announce his nominee Saturday, which is 37 days before the election.

But the Senate has 100 days left in the session to “lightning speed” the confirmation of whomever President Trump selects.

Keep in mind, all of the confirmation work and hearings are actually conducted by the Senate Judiciary Committee, of which Gardner is not a member.

Hickenlooper’s claim Gardner is “ready to rush through a Supreme Court justice in lightening speed” is false for a couple of reasons.

Unless Trump’s pick is a Coloradan, it’s not even Gardner’s job to move a nominee through the Senate.

Gardner has no jurisdiction or control over the process at all. He only shows up at the end for final votes on the Senate floor.

And unless Hickenlooper is clairvoyant and can predict the future, he has no idea whether the Senate will move at an unprecedented lightening speed and approve the confirmation next week, or its usual snail speed and get to the confirmation before the session ends in 100 days.