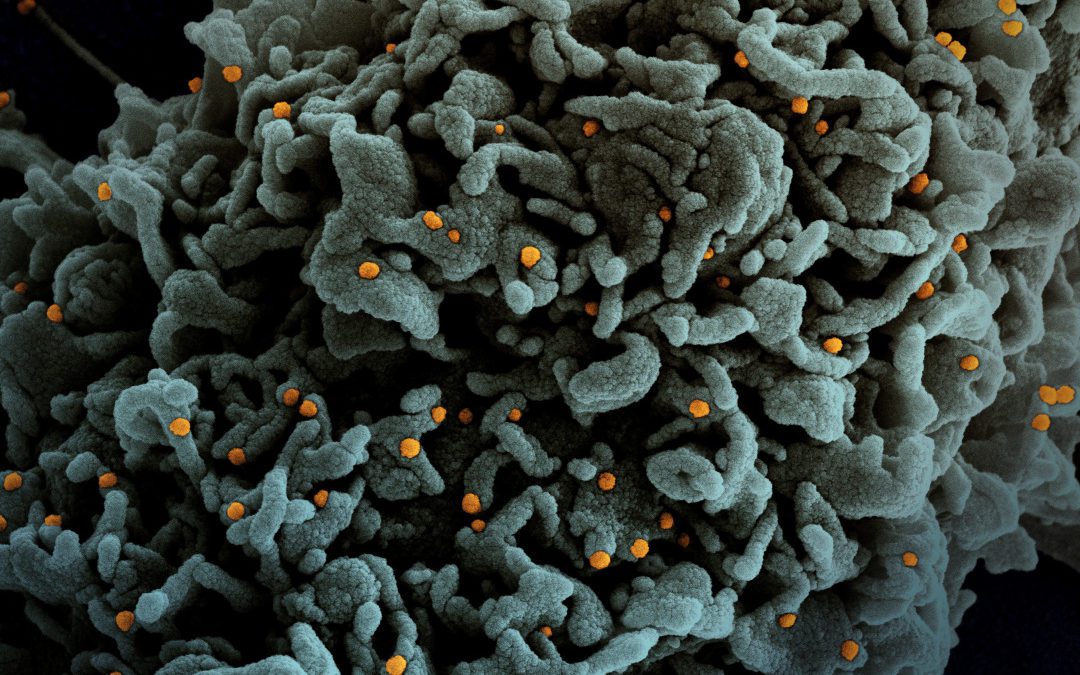 State health officials have identified yet another variant form of the coronavirus spreading in Colorado, bringing the number of variants that the state is watching to at least five.

The latest is the B.1.617.2 variant, which appears to have originated in India. It was discovered in five cases this week in Mesa County. None of those infected had recently traveled outside of the county, and Dr. Rachel Herlihy, the state epidemiologist, said the investigation is ongoing to learn about how those people were infected.

The B.1.617.2 variant — the variants get their names from where they sit on the virus’s family tree — is officially labeled by federal health authorities as a “variant of interest.” That means it is not yet certain how worrisome it is.

According to the Centers for Disease Control and Prevention, there is a possibility that vaccines and antibody treatments will have somewhat-reduced effectiveness against the variant. But that fear is based mostly on where the variant’s mutations sit in its genetic code, since studies to better understand it are only just beginning to be published. Researchers in Germany this week released a non-peer-reviewed study that found the Pfizer vaccine appears likely to be slightly less effective against B.1.617 variants.

It is unclear how many other variants of interest there are circulating in Colorado. The state Department of Public Health and Environment does not report those numbers and did not provide them when asked Thursday.

The state is also tracking five more worrying “variants of concern,” a category that includes variants with solid evidence that they are more transmissible or can make people sicker.

The same prevention strategies — such as mask wearing, distancing and hand-washing — still work well against them. So do the vaccines. While some variants are able to partially evade the vaccines’ defenses, all three of the vaccines available in the United States are highly effective at preventing severe illness or death from coronavirus, regardless of the variant.

Here’s what else you need to know about the most concerning variants:

Origin: This variant originated in the United Kingdom. It was first identified in Colorado in late December.

Cases in Colorado: The B.1.1.7 variant is believed to be the dominant form of the virus currently spreading in the state. There have been more than 2,800 cases detected in Colorado, although the state and private labs genetically sequence only a fraction of positive coronavirus test results in order to determine which variant caused them. Herlihy, the state epidemiologist, last week said about 50% of the total coronavirus infections occurring in Colorado now appear to be coming from B.1.1.7.

The variant has been found in 47 Colorado counties. The largest number of B.1.1.7 cases have been identified in Larimer County, followed by El Paso County and Denver County.

Reason for concern: B.1.1.7 is believed to be significantly more infectious — perhaps as much as 50% — and also more deadly.

Effectiveness of vaccines: All three vaccines used in the United States — made by Pfizer, Moderna and Johnson & Johnson — appear to do really well against the B.1.1.7 variant. A study published this week, for instance, found that the Pfizer vaccine was upward of 90% effective at preventing any infection by the B.1.1.7 variant. Other studies have also shown little reason to worry that the vaccines won’t be able to protect well against B.1.1.7.

Origin: Also known collectively as the CAL.20C variant, they originated in California. They were first detected in Colorado in early February.

Cases in Colorado: The variants have been found in 37 counties, totaling 645 cases. Denver, El Paso, Adams and Arapahoe counties have seen the highest numbers, although there have also been a large number of cases identified in Pitkin and Mesa counties.

Reason for concern: The variants appear to be slightly more transmissible — about 20% more, which would mean it is not as transmissible as the B.1.1.7 variant. They also appear able to partially evade the protection of antibody treatments and vaccines.

Effectiveness of vaccines: Lab studies have suggested that the vaccines might see a slight dip in effectiveness against the California variants. But it’s not enough to cause much concern. “We’re not expecting this variant to be a problem for the vaccines,” one researcher who conducted tests with the Moderna vaccine told the Los Angeles Times.

Origin: This variant is believed to have originated in Brazil, although it was first detected in Japan in four travellers from Brazil. It was first identified in Colorado early last month.

Cases in Colorado: Detection of P.1 cases in the state has grown rapidly, although it has also coincided with an increase in genetic-sequencing capacity. There are now 54 cases identified across 12 counties. Adams and Denver counties have seen the most cases.

Reason for concern: The CDC says the primary concern with P.1 is that it can partially evade the protection of vaccines and antibody treatments. But recent research suggests it also might be more transmissible.

Effectiveness of vaccines: Lab studies suggest that the variant is somewhat able to dodge the vaccines’ defenses. There are also concerns about its ability to cause reinfections. But the vaccines are still believed to provide strong protection against severe illness, hospitalization and death. Moderna, meanwhile, has announced that a variant-specific booster shot it is working on can provide even stronger protection.

Origin: This is the variant identified in South Africa. It was first found in Colorado in early March in an outbreak at a prison in Buena Vista.

Cases in Colorado: After its initial outbreak, the B.1.351 variant has appeared in the state only sporadically. There have been 35 cases identified. Fourteen of those have been in Chaffee County.

Reason for concern: The B.1.351 variant is believed to be more transmissible. But the bigger worry is that it appears to be partially resistant to the current vaccines and to common antibody treatments used to help those who are infected. It may also be better at reinfecting people who have recovered from a previous coronavirus infection.

Effectiveness of vaccines: Similar to the P.1 variant, studies indicate that the vaccines aren’t quite as good at preventing infections by B.1.351. A study of the Pfizer vaccine found it was about 75% effective at preventing infection, compared with the 95% efficacy rate it had for the original forms of the coronavirus.

Overall, the vaccines are good at preventing the worst outcomes from infection. That same Pfizer study found that the vaccine was more than 97% effective at preventing severe, critical or fatal disease from any variant once people were fully immunized with it.

Pfizer’s CEO has said people who received his company’s vaccine may be urged to get a third dose within the next year, in part to better protect them from the variants. Moderna’s booster shot also hopes to be able to better target B.1.351.

So, for experts such as Elizabeth Carlton, an epidemiologist at the Colorado School of Public Health, the message is clear: The dents that the variants can inflict in the vaccines’ armor are relatively small.

“You are far better off vaccinated if those variants are circulating than if you are unvaccinated,” Carlton said.