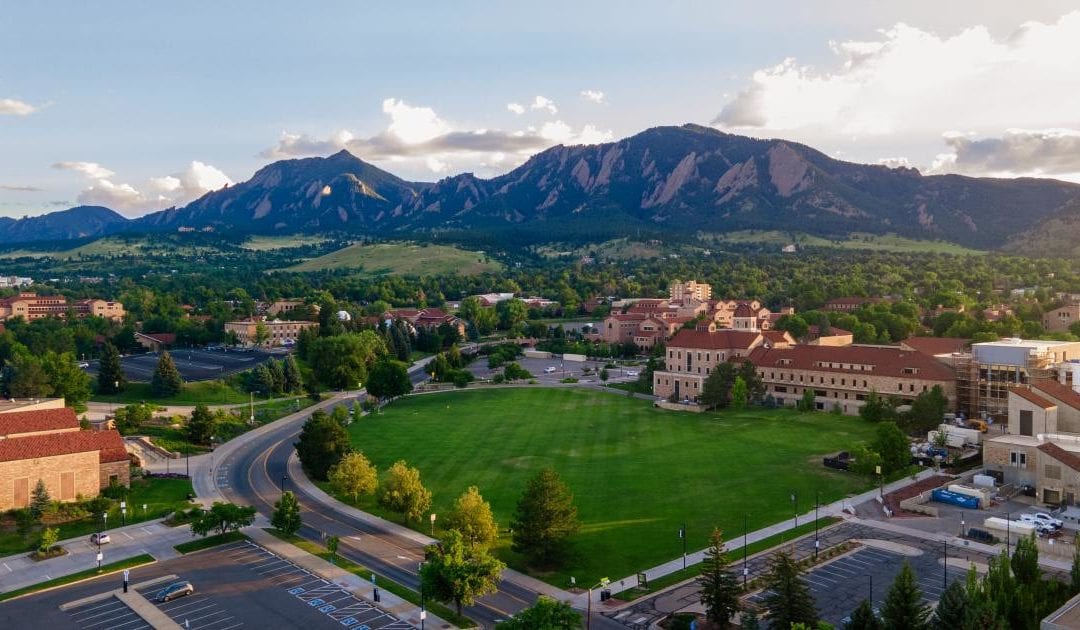 For the first time in four decades, the governing board for Colorado’s flagship university will be under Democratic control.

Democrat Ilana Spiegel beat Republican Richard Murray, roughly 53% to 44%, to flip the 6th Congressional District seat. Previously the district was represented by Republican John Carson, who was elected in 2014 and opted against running again.

The University of Colorado has not had a Democratic-majority governing board since 1979. And who’s in control matters now more than ever.

The institution’s next few years will likely be contentious, with the regents deciding whether to retain a controversial system president, navigating significant stress on its $4.5 billion budget and supporting its four campuses as they adapt to educating more than 66,000 students in the age of coronavirus.

Starting in January, the majority of the board’s members will not only be Democrats, but also come from an education background. Current regents Lesley Smith worked and taught at CU Boulder from 1989 to 2018, and Jack Kroll works as assistant director of admissions for CU Boulder.

Spiegel, the Democrat who flipped the 6th District, has spent most of her career in education, teaching preschool through higher education as well as working on education policy. In 2018 she received the Colorado Education Association’s Coloradan award for outstanding service in support of public education.

While Spiegel wasn’t totally surprised by the win — she got endorsements from many high-profile Colorado Democrats — she said she’s looking forward to opening up more dialogue between the board’s members and the campuses, especially educators and students.

“[Winning] just reaffirmed that we had a message that resonated with people and that they agreed with,” Spiegel said. “It’s not about an individual person, it’s about the needs of many people.”

Controversy has roiled the Republican-controlled board in recent years. When President Bruce Benson announced his retirement in 2018, the regents began searching for someone to take his place.

But when Mark Kennedy was announced as the sole finalist in April 2019, the lack of process transparency and Kennedy’s track record — in leadership positions at other universities as well as his time as a Republican representative from Minnesota — led to protests and petitions from across the university’s campuses for a renewed search.

That did not happen, and on a party-line vote, the regents on May 2, 2019, confirmed Kennedy as the new president. Later in the year, a leak to the press revealed that the board passed over candidates with better qualifications.

There is a pending lawsuit between the Boulder Daily Camera and CU to publicly release the names and application materials of five other candidates. A Denver district court judge sided with the Camera in March, but the regents appealed the decision and the case is now at the Colorado Court of Appeals.

An amicus brief filed in September — signed by The Colorado Sun and a handful of other media organizations — argues that the regents must not be allowed to “end-run” the Colorado Open Records Act by only releasing one finalist for the presidential position.

But the drama hasn’t stopped there.

In October, a Denver Post investigation found that some of the regents had been meeting behind closed doors prior to Benson’s retirement announcement, seeking to fire him and perhaps install one of the regents as an interim president. One of the regents, Sue Sharkey, kept notes on the discussion, but there was no public knowledge or notice that the meetings or notes existed until the Post made an open records request.

A changing of the guard may lead to more transparent operations, said Jeff Roberts, executive director of the Colorado Freedom of Information Coalition. “I’m hopeful that the regents going forward will be more mindful of the letter and the spirit of the open government laws.”

Roberts also noted that political party affiliation does not equate to openness or lack thereof. CFOIC is nonpartisan and does not endorse candidates.

Spiegel, the incoming regent, said along with increasing collaboration between the campuses and the board, she wants to make the board more accessible and accountable.

“I’m definitely one of those people that believes that transparency is a form of an antiseptic on things,” Spiegel said.

The other two regents-elect, Rennison and Chavez, also touted transparency in their campaign messaging.

“We’re a public institution, with taxpayer dollars at least supplementing it, and that should have more transparency,” Rennison said.

Kennedy’s current contract, which expires on June 30, 2022, had a base salary of $650,000 for his first year and jumps to $850,000 per year for the second and third. CU’s top administrators, including Kennedy, accepted a 10% pay cut through furlough days earlier this year in response to pandemic-induced budgetary concerns.

The incoming board will have about a year and a half to assess Kennedy’s performance and decide whether to extend his contract or amicably part ways.

Colorado’s constitution mandates there be nine regents on the university’s governing board, seven of whom are elected based on congressional districts and the remaining two elected at-large. Each regent serves a six-year term.

Colorado is one of just four states that elects the leaders for its flagship university. Regents could be elected without a party affiliation — the University of Nebraska and University of Nevada are governed by boards chosen in nonpartisan elections — but prospective candidates have aligned with political parties for decades in Colorado.

Shoemaker, the outgoing District 2 Democrat, says that since Donald Trump was elected president in 2016, the board’s Republican majority became more activated and appeared to devalue shared governance. Significant decisions were made following party lines without listening to what students and educators wanted, she said, such as imposing a civics curriculum at the Colorado Springs campus.

“I would like to see, and I believe the new majority will have, more of an attitude of win-win, where they actually listen to campuses and collaborate with them on something that is satisfactory to all,” Shoemaker said.

And there are, indeed, difficult decisions ahead. While Gov. Jared Polis has said he’d like to make funding higher education a priority, that was before the pandemic. His proposed budget for the next fiscal year still leaves universities wanting.

CU’s system has already seen slightly lower enrollment this year due to the pandemic. While the regents don’t have campus-level control, how the campuses navigate viral spikes — such as when Boulder chose to go entirely online for three weeks — will have real consequences for future enrollment, Shoemaker said. In other words, the board has a lot of work to do.

“The public is going to need to understand how the decisions are being made,” Shoemaker said. “And none of that’s going to be easy.”

There has been talk of reforming the board. In late February, speaker of the statehouse KC Becker confirmed she was developing a bill that, in one draft, replaced the board’s election process with a bipartisan selection committee in the legislature.

The bill never got anywhere, as the pandemic hit Colorado in March, though outgoing and incoming regents have said that they would like to see the board reformed. Given that the regents’ elections are codified in the state constitution, reform may require a referendum sent to Colorado voters.