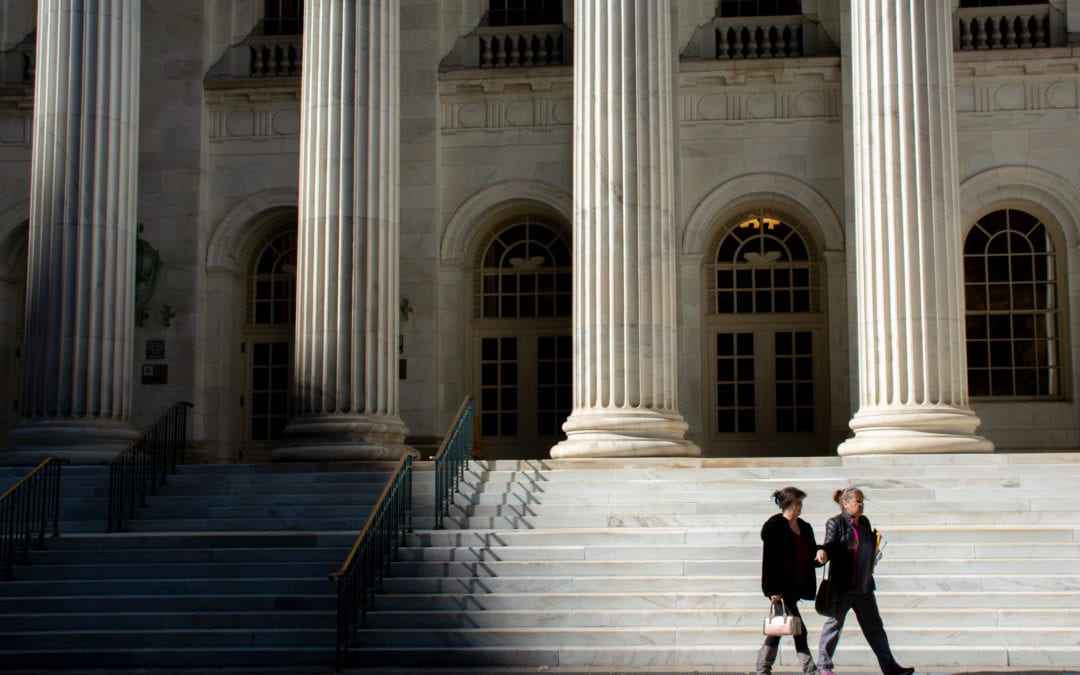 Denver’s city attorney and a well-connected lawyer who is managing partner at one of the Mile High City’s most prominent legal firms have been recommended by Colorado’s two U.S. Senators to be the state’s next top federal prosecutor.

The three finalists to be Colorado’s new U.S. attorney, submitted by Democratic Sens. Michael Bennet and John Hickenlooper to President Joe Biden, are:

Finegan served as both chief of staff and city attorney to Hickenlooper during his time as Denver’s mayor.

Finegan has donated to the Senate campaigns of both Hickenlooper and Bennet and is a well-known, influential figure in Democratic political circles.

Federal Elections Commission records show Bronson and Doshi have given to federal Democratic candidates before, though not Hickenlooper and Bennet.

Bronson, another politically connected recommendation, was picked to be city attorney by Denver Mayor Michael Hancock in 2016. It’s a high-profile role that put her front and center during last year’s protests following the killing of George Floyd in Minneapolis. Bronson’s office was in charge of prosecuting curfew violations and seeking restitution for damage caused by demonstrators.

Doshi has been an assistant U.S. attorney in Colorado since 2014. She served on former President Barack Obama’s financial fraud enforcement task force, and led investigations dating back to the Great Recession.

Though their recommendations are influential, it’s not guaranteed that Biden will select one of the finalists offered by Bennet and Hickenlooper.

Whomever the president nominates will have to be confirmed by the Senate, and Bennet and Hickenlooper will be heavily involved in that process. Biden also asked Colorado’s senators for recommendations, giving the names more weight.

Jason Dunn is Colorado’s current top federal prosecutor. President Donald Trump nominated him for the job in 2018 when he was a shareholder at Brownstein Hyatt Farber Schreck, another powerful Denver law firm.

Only one of the three recommendations put forth by Bennet and Hickenlooper can be nominated to be Colorado’s next U.S. attorney, a position that will determine how federal law enforcement interacts with the state’s legal marijuana industry. Whomever is selected will also take over the stalled federal prosecution of admitted Planned Parenthood gunman Robert Lewis Dear Jr. and handle the case against Megan Hess, the owner of a Montrose funeral home suspected of selling the body parts of scores of people whose families wanted them cremated

Other lawyers had expressed interest in being Colorado’s next U.S. attorney but were not chosen by the senators as finalists.

Bennet and Hickenlooper also recommended Regina Rodriguez to be nominated to fill an open seat on the federal bench in Colorado.

Rodriguez is currently co-chair of the trial practice at the powerful Denver law offices of WilmerHale. Before that, she served as chief of the civil division in Colorado’s U.S. Attorney’s Office.

Federal Elections Commission records show Rodriguez donated to Hickenlooper’s Senate campaign. She was nominated by President Barack Obama in 2016 to serve on the federal bench but was never confirmed by the the-Republican-controlled Senate.

The senators also recommended three candidates to be the next U.S. marshal in Colorado. They are: