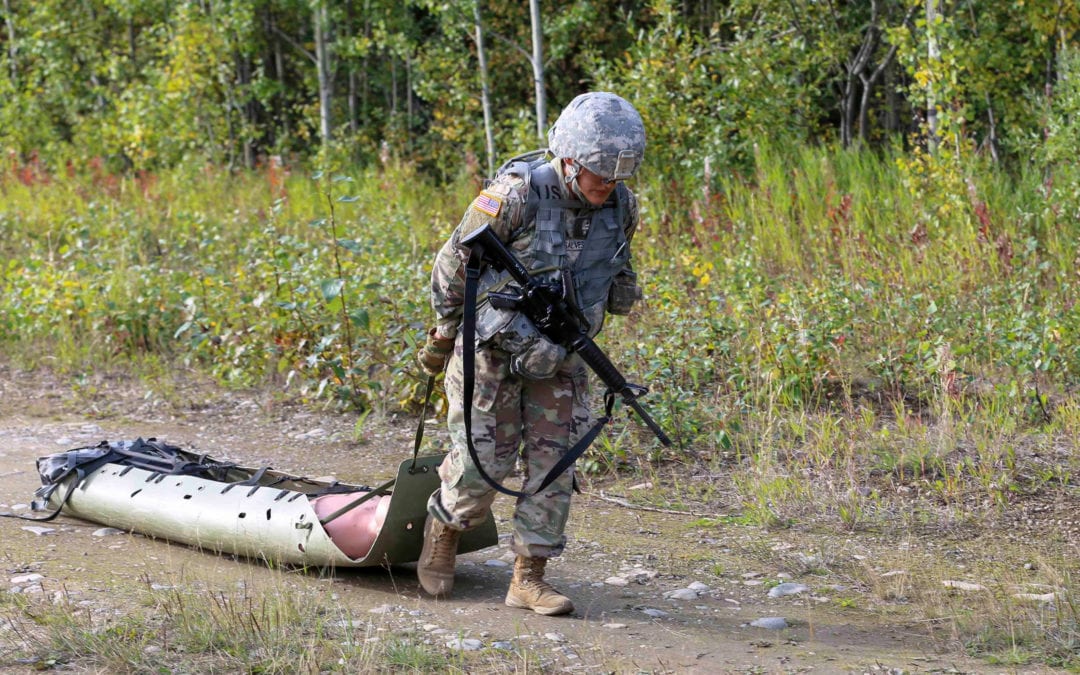 Female Army trainees and female soldiers who are taller and heavier performed tasks such as carrying sandbags better than their more compact counterparts of the same sex, suggesting that the Army should consider amending its physical standards for women, a study found.

Comparing 362 female soldiers and trainees, researchers found that those with a higher body mass index performed better on so-called common soldiering tasks that require strength and power, such as marching with heavy packs or dragging casualties, according to the study published in the February issue of Military Medicine.

Body mass index, or BMI, is not a direct measurement of body fatness, but it is commonly regarded as a proxy for determining a person’s ratio of body fat. It is calculated by dividing weight by height squared, using the metric system.

A BMI of 25 or more is regarded as overweight, although caveats apply, particularly with serious athletes who carry more muscle weight.

The Defense Department began allowing women into all combat positions in 2015, so “understanding the physical capabilities required for performance of job tasks with high physical demands” is needed to “support recruitment and retention of all soldiers,” said the study, whose authors are affiliated with the U.S. Army Research Institute for Environmental Medicine, Natick, Mass., and the U.S. Army Public Health Center, Aberdeen Proving Ground, Md.

“It is expected that all female trainees, like their male counterparts, will learn how to successfully perform [common soldiering tasks] during initial entry training and will be expected to become proficient in the performance of these tasks over the course of their military careers,” the study said.

The study examined the performance of 133 female trainees recruited from Ft. Sill, Okla., and Ft. Leonard-Wood, Mo. and 229 active-duty female soldiers from bases in Colorado, Georgia and Kansas.

The study found that both trainees and soldiers with BMIs near or within the overweight range of 25-29 showed better performance in tasks requiring greater strength and power capabilities. Taller and heavier participants also performed such tasks more successfully.

In its quest to meet mission requirements, the Army has “relied heavily on the assessment of cardiovascular fitness and muscular endurance as an indicator of overall physical fitness and mission readiness,” the study said. “Yet, the most essential common soldiering tasks have greater strength and power demands.”

The study concludes that the Army should consider “adjustments to BMI standards and/or waivers” to maximize performance by trainees and soldiers of power-demanding tasks.

Such a trade-off between job performance and overall health and fitness, however, may come at some cost, the study said.

“Overweight categorization could negatively impact the career of a tactical professional despite being able to perform their job as required or even better if the job tasks require strength,” the study said.

A 2017 study looking at U.S. Army soldiers of both sexes found that those exceeding the service’s weight-for-height standards for their age and sex took longer to complete a 2-mile run. It found that female soldiers with higher BMI tended to complete an obstacle course slightly slower than leaner counterparts.