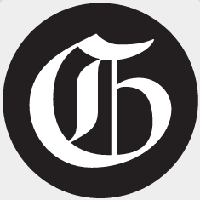 A set of identical twins are on a not-so-secret mission: make the harp mainstream.

And what better way to accomplish that then covering songs and musical genres nobody would expect — Metallica, Iron Maiden, Billy Idol, Led Zeppelin, The Rolling Stones, Eagles, The Beach Boys, Bon Jovi, Pink Floyd and U2.

Camille and Kennerly Kitt, known as the Harp Twins, travel the globe with their statuesque acoustic and electro-acoustic concert grand harps and electric harps, working to surprise audiences and bring their beloved instrument out of the shadows. The musicians from northern Illinois are tired of the harp’s dusty image as a wedding staple, backseat member of the orchestra and background music for ladies who lunch.

“To take the harp out of those confines, you have to do something totally different with it and show people how versatile it is,” Camille said. “Otherwise their perception won’t change. Harps have been left behind in modern music and in tastes. People don’t think they like the harp. They think it’s boring and background. We hope to inspire another generation to treat the harp in a way it hasn’t been treated.”

The Kitts will bring their “Harp Twins Rockin’ Holiday Concert” to Stargazers Theatre and Event Center on Wednesday. The show will feature renditions of Christmas carols, original winter music and classic rock favorites. The sisters also add vocals to some of their originals.

“There are a lot of stories and comedy mixed in,” Kennerly said. “That surprises people the most about our live shows, especially since we don’t talk in our music videos online.”

The sisters, who still live together, call themselves best friends and have an uncanny ability to finish each other’s sentences. They were first bewitched by the harp around age 12, when a friend’s mom played the instrument for them. But their mom said no to lessons, believing it was merely a whim and also not having the funds to buy such an expensive instrument.

The twins were motivated, though, and worked odd jobs to save up enough for a small used harp. They went on to earn degrees in harp performance from the Conservatory of Music at Wheaton College.

And now they have eight albums, including “Harp Fantasy,” which features covers of movie and TV soundtracks, anime and video games; “Harp Attack,” with rock and metal covers; and “Iceborn,” a Nordic-inspired, all-original album. They’ve represented the U.S. at four World Harp Festivals and were featured guests in the 2020 PBS special “Celtic Heart.”

They’ve also created a Nordic fantasy comic book, “Legend of the Shaders,” about identical Nordic twin sisters who play the harp. It pairs nicely with their original songs, which are set in the same world of magical creatures, as sung about in their 2019 “The Twins and the Trolls” music video on YouTube.

“Our roots are Norwegian,” Camille said. “We love old fairy tales and grew up listening to old stories about trolls. It inspired our imaginations.”