Half of Colorado’s district attorneys will be replaced after election, setting scene for future of criminal justice reform 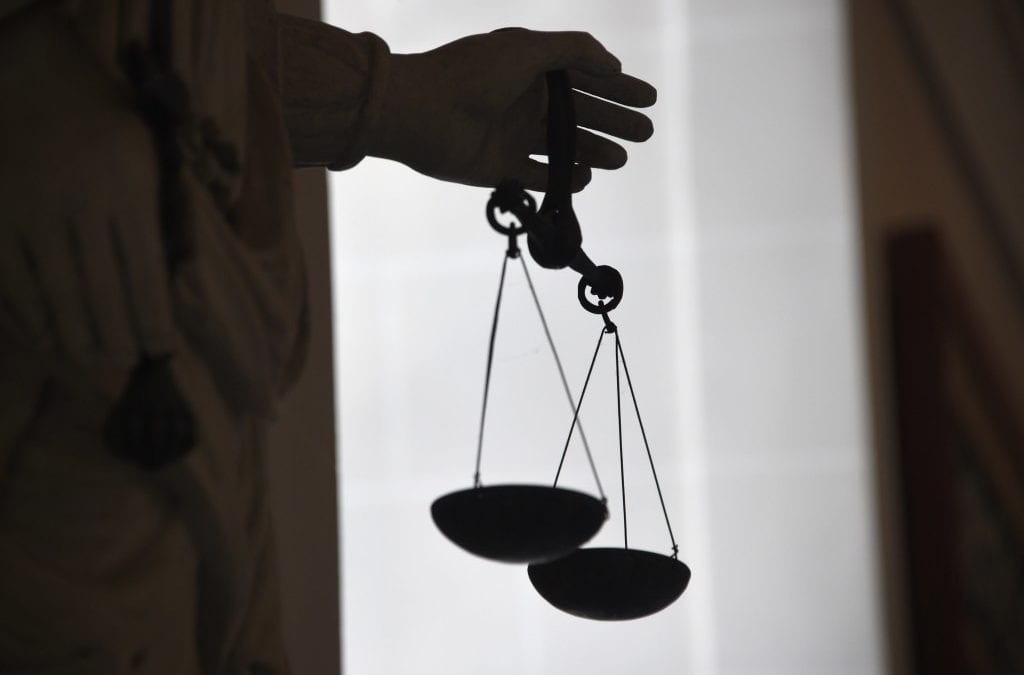 Alonzo Payne wants to eliminate cash bail in the San Luis Valley, and as soon as he becomes the region’s top prosecutor in January, he’ll be in a prime position to do exactly that.

Payne decided to challenge the incumbent district attorney in the Democratic primary in part because he saw people sit in jail for months because they couldn’t afford bond, while more affluent people charged with the same crimes were set free while they waited for trial.

Despite the fact he has no prosecutorial experience, Payne — who’s unopposed in the general election — ran because he knew he’d have the ability to affect widespread change as district attorney.

“I was getting really upset at the way things were being handled,” said Payne, who spent a brief stint as a public defender. “It was really criminalization of poverty. I decided I wanted to bring some human compassion to the DA’s office.”

Payne is not the only candidate for district attorney this year who wants to make broad changes.

After months of protests about racism in the criminal justice system, hundreds of thousands of Coloradans are being asked to vote on some of the most influential positions in the criminal legal system: their local district attorneys.

Voters will have a chance to choose who will set the tone for the criminal legal system in their judicial district. With at least half of the seats poised to turn over, the results could alter how — and how quickly — change will come to Colorado’s criminal justice system, which has been the topic of major legislation over the past few years.

“These people matter,” said Juston Cooper, executive director of CCJRC4Action, a nonprofit organization launched in September that advocates on criminal justice policies. “They are the gatekeepers. They are the reason we have mass incarceration and overcriminalization in the state, and in the country.”

District attorneys oversee all other prosecutors in their office and lead decision-making about what charges should be filed, which defendants should be offered plea deals, what kind of bonds should be requested, how trials are handled and which defendants are allowed a chance to complete rehabilitation instead of a jail or prison sentence. They also often play a role in the statehouse and local governments regarding criminal justice policy.

At least half of the state’s 22 judicial districts will have new district attorneys on Jan. 1. Every district attorney seat is up for election this year, though many candidates and a handful of incumbents are running unopposed after victories in the primaries.

Seven races — including those for many of the large jurisdictions in the Denver area — are contested and will be decided by voters on Nov. 3. Some of Colorado’s district attorney races have drawn national attention and high-profile endorsements, like from U.S. Sen. Bernie Sanders, I-Vermont.

A few of the districts have not seen a competitive race for district attorney in years. Until this year, voters in the Eighth Judicial District, which covers Larimer and Jackson counties, had not had a contested district attorney race on Election Day since 1992.

Many of the candidates — Democrats and Republicans — are pushing for reform, Cooper said, especially focusing on programs that divert defendants from jail or prison and instead place them in specialized programs that address the underlying causes of their crime.

“The candidates across the board, regardless of the letter behind their name, have all worked to capitalize on the racial reckoning, the reckoning around substance use and mental health we’re having,” he said.

McLaughlin said he had to do a lot of voter education while campaigning about the role of a district attorney, but believes many people are generally more engaged with the criminal justice system as a whole because of the protests this summer.

“I think people are starting to realize, ‘Why don’t I know who my DA is? Who my sheriff is? Who my police chief is?’” McLaughlin said. “It’s brought criminal justice into the main conversation.”

That’s exactly the kind of education Cooper wants to provide through CCJRC4Action. Through previous work with the affiliated Colorado Criminal Justice Reform Coalition, Cooper found that many voters didn’t even know a district attorney is elected, much less what they did. This year, CCJRC4Action created voter guides for the four contested races in populous judicial districts and hosted panels with many of the candidates.

The often low-profile role many prosecutors have has been slowly brought into the limelight as communities across the country grapple with police violence, Cooper said. The country has watched again and again as prosecutors fail to bring charges against officers involved in the killing of Black people — from the fatal shooting of Michael Brown in 2014 to the killing of Breonna Taylor in March — and each case has prompted a conversation about prosecutors’ powers, Cooper said.

“People are having this reckoning, ‘Wait a minute, the criminal legal system is racist,’” Cooper said. “The conversation often defaults to police, but now they’re saying, ‘What about prosecutors?’”

Another crisis has also elevated the role of district attorney in Colorado — a swelling prison budget. The budget for the Colorado Department of Corrections last year approached $1 billion for the first time as the inmate population continued to grow. District attorneys impact the state budget because they help decide how many people are sent to prison and for how long, Cooper said.

“Any time there’s an economic pinch, people looking at where they’re dollars are going, and is it working?” he said. “You get the attention of a broader base of people.”

Payne, slated to become DA in the Eighth Judicial District in January, hopes that his district can become a testing ground for progressive change. The district — comprised of Alamosa, Conejos, Costilla, Mineral, Rio Grande and Saguache counties — is low in population, which makes it a less expensive place to try new things, he said.

“I hope a whole bunch of country bumpkins can show liberal bastions how to get it done,” Payne said.