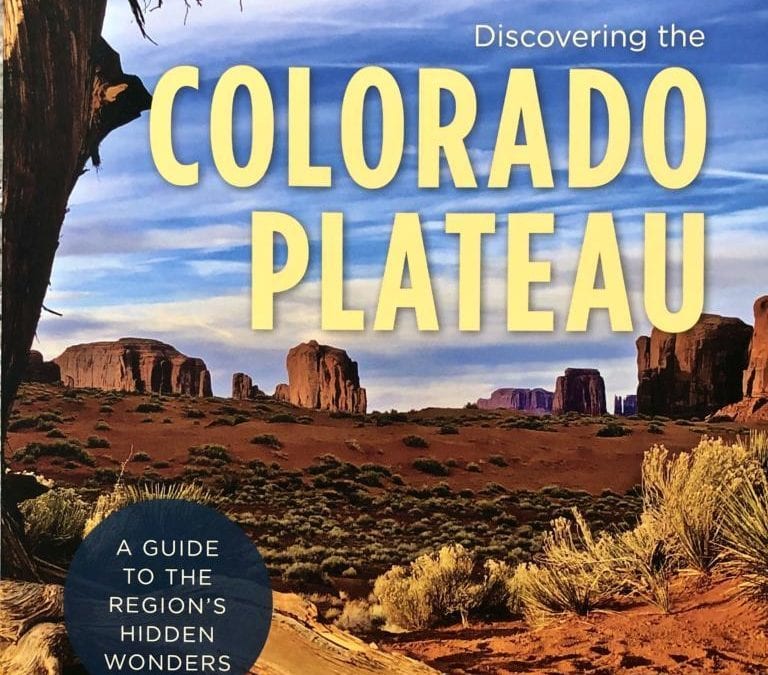 ALBUQUERQUE, N.M. — Bill Haggerty, author of “Discovering the Colorado Plateau: A Guide to the Region’s Hidden Wonders,” thinks that “hidden” in the subtitle really means “less-visited.”

The book purposely avoids the well-traveled public land destinations on the plateau, such as Grand Canyon, Bryce, Zion, Mesa Verde and Capitol Reef national parks. “I made a conscious effort to not write about the big ones,” Haggerty said in a phone interview from his home in Grand Junction, Colorado.

Haggerty’s book is a plainspoken, information-packed travel guide to the region’s less-visited public lands with snappy, bright discussions and asides on their history, geography, archaeology, geology, culture and politics. All are enticements for hiking, biking, birding, rafting or photographing. Or simply admiring the beauty of the landscapes – canyons, mesas, rock formations and ancient ruins.

Bill Haggerty discusses “Discovering the Colorado Plateau” at 3 p.m. Sunday, July 18 in a Zoom event through Bookworks. Go to bkwrks.com/bill-haggerty and click on the “Register Here” button.

One chapter of Part 3 (Aztec Ruins National Monument) and four chapters of Part 4 focus on the “hidden” wonders of public lands in New Mexico. These are the four:

“You haven’t lived until you’ve cruised through a lava tube!” the author writes.

⋄ El Morro National Monument. An awe-inspiring spiral rock formation known for its many centuries-old inscriptions and etchings. The nearest towns are Gallup and Grants.

⋄ Chaco Culture National Historical Park. Hunter-gatherers lived here from 900 B.C. It is considered an important pre-Columbian cultural and historical area. It was named a UNESCO World Heritage Site in 1987. The nearest communities are Cuba, Nageezi and Farmington.

Every chapter in the book gives an overview of a public property as well as relevant facts such as size, year established, nearest public property, whether fees/permits are required and if it’s “dog-friendly.”

Haggerty writes the Bisti is “nasty hot at certain times of year, no water or shade, and after wandering a few miles, the rock takes a toll on dog paws.”

He inserts lively sidebars. In one, Haggerty tells of the artist Georgia O’Keeffe driving 150 miles over “horrific dirt roads” from her Ghost Ranch home to the Bisti in 1936 and for the next 14 years “to camp, to sketch and to contemplate nature …”

Haggerty hopes readers, despite being cooped up so long during the pandemic, won’t break out and love the less-frequented wonders to death.

“I hope people who read the book understand the sensitivity of the environment. You have to tread lightly. Please don’t trash it,” he urged.

Working on the book over two years, Haggerty figured he put 30,000 miles on his 2015 Toyota Tacoma and 18-foot Airstream trailer.

Besides being a writer and photographer, he’s a conservationist, naturalist, wildlife enthusiast and public lands advocate.