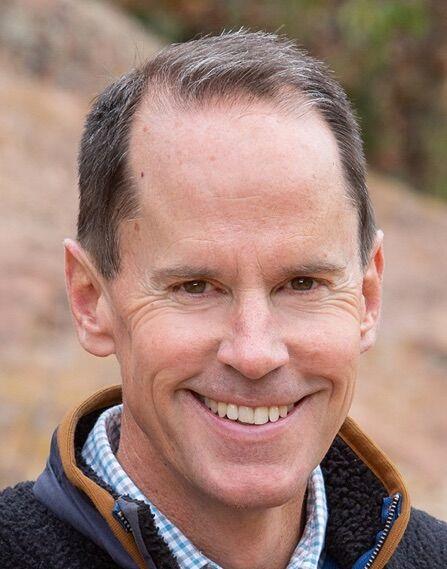 Proposition 113 on this year’s ballot is a rare example of Colorado citizens rising up to say “STOP!” when the state Legislature allows partisan rancor to cloud common sense. Last year, legislators passed a bill which would award Colorado’s crucial nine votes in the Electoral College — which determines who will be president — to the winner of the fictional national popular vote.

This short-sighted strategy diminishes the voice of Colorado voters in choosing the president. It’s especially harmful to rural Colorado, where votes are so sparse that candidates could easily ignore us.

Why is NPV “fictional”? Because what takes place on Election Day is actually 51 separate elections for president. Each state and the District of Columbia tabulates its votes using its laws and awards its electors to the candidate preferred by its voters.

Colorado’s vote would become insignificant compared to larger and more densely populated states. But it’s not just large states such as California, Texas and Florida that would smother Colorado’s voice. Because Colorado is often more evenly divided than other states, the margin of victory here is often so small that our choice would be negated even by smaller states.

In 2016, Hillary Clinton defeated Donald Trump in Colorado by 136,000 votes. That’s less than the margin of victory in 31 other states. Deep red states such as Alabama and Arkansas provided Trump with larger margins, so Colorado’s popular vote for Clinton would have been negated even by those states.

In years when Colorado votes Republican, small, deep-blue states such as Connecticut or Hawaii could provide a larger margin to the Democrat candidate to more than offset Colorado’s choice.

So long as Colorado is considered a competitive state, candidates and their campaigns are compelled to seek our voters wherever they might live. That would change for the worse if Proposition 113 passes.

The national popular vote is a statistical curiosity that makes an interesting backdrop for television news anchors, but there is no verifiable and uniform legal standard to determine an accurate count.

In 2000, the election dragged into December while lawyers, lawmakers and judges argued about the proper way to count various ballots used by different Florida counties.

Multiply that by mess times 50 in a close national vote, like 1960 when John F. Kennedy and Richard Nixon received more than 34 million votes and were separated by just 120,000.

The potential for litigation, shenanigans and outright fraud is endless. Consider that in 378 U.S. counties, there are more registered voters than people of voting age. Just last month in New Jersey, 1,700 mail-in ballots for a July primary election were found uncounted, and in Massachusetts, 3,000 primary ballots were discovered two days after the election.

The founders knew what they were doing by giving each state a unique role in choosing the president. One of the virtues of the Electoral College is that it confines voting irregularities — real or perceived — to the state in which they occur. If vote tallies in Chicago or Philadelphia seem fishy, those problems are confined to Illinois and Pennsylvania, but they don’t interfere with the voice of Coloradans. With a national popular vote, “running up the score” by whatever any means available becomes more tempting.

Rural Coloradans increasingly feel ignored by our urbancentric state Legislature. Voting NO on Proposition 113 is a way we can make our voice heard.