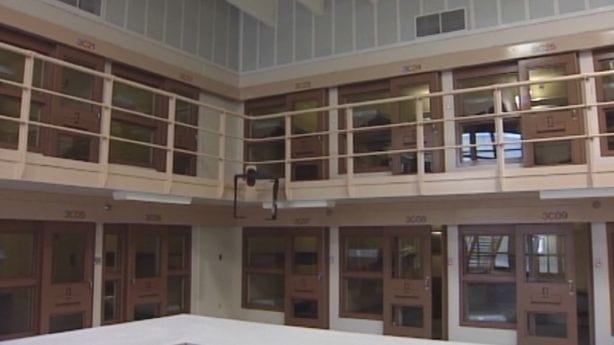 SALT LAKE CITY — One inmate at the Salt Lake County Jail has tested positive for COVID-19, the first announcement of a case within Utah’s jails and prison system.

“We’re confident they won’t be in a situation where they can expose anyone else,” Salt Lake County Sheriff Rosie Rivera told reporters Thursday.

The inmate, whose age and gender were not immediately released, was being treated in a medical unit. Others who may have been in contact with that person were separately quarantined, the sheriff said.

She said the county has long planned for the arrival of the new coronavirus in its jail buildings and has released roughly 1 in 3 who were held there in order to free up room.

The jail also moved about 50 who had come in contact with a different inmate who had displayed flu symptoms, the sheriff said.

The announcement comes amid a new legal push to guarantee further releases over concerns the virus could devastate the prison population.

On Wednesday, the ACLU of Utah, the Disability Law Center and the Utah Association of Criminal Defense Attorneys petitioned the Utah Supreme Court for the release of more incarcerated Utahns — with consideration to public safety — including:

“Extraordinary relief is an appropriate remedy in this situation where the dangerous spread of COVID-19 throughout Utah correctional facilities is nearly inevitable without immediate action,” the groups wrote in their court filing.

More than 100 prisoners — either as they awaited trial or as a penalty for violating probation — have been allowed to leave in recent weeks after prosecutors and defense attorneys in Salt Lake County came up with a list of those who are not violent and pose little public safety risk.

But judges have allowed still more to shed their jail uniforms and go home at the request of individual defense lawyers.

As of midday Thursday, no one being held in the Utah State Prison has tested positive for the virus, said Kaitlin Felsted, spokeswoman for the Utah Department of Corrections.

The prison and many of Utah’s jails have canceled visiting hours and volunteer work and announced plans to step up cleaning and hygiene protocol in recent weeks.