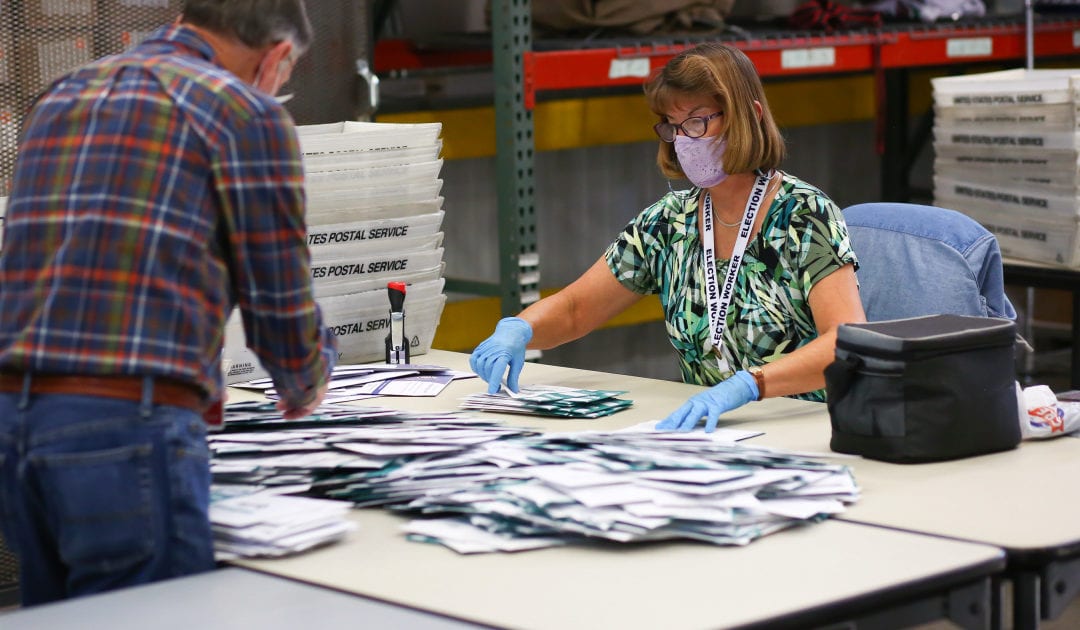 In the most difficult, most scrutinized, and most contentious general election in modern history, Coloradans rose to the challenge.

While results are yet to be finalized and ballots are still being processed, it is nevertheless clear that the turnout for the 2020 election in our state has been historic.  As of Nov. 12, 3,314,960 Coloradans have returned ballots for processing, more than in any election in our state’s history, for an astonishing turnout rate of 87.1% of active registered voters.

All of this amidst a raging national pandemic that has claimed the lives of over 2,000 Coloradans and persistent, toxic rhetoric about vote by mail and our election processes as a whole.

Colorado’s hybrid model of mail and in-person balloting again proves that if you give Americans the opportunity to vote, they will enthusiastically participate.  Our vote-by-mail-for-all system in particular once again proved very popular with Colorado voters.

Of the over 3.3 million ballots returned, 94% were done so by mail or by dropping them off in one of the nearly 390 ballot drop boxes available statewide.  For those who wanted to vote in person, a group that has totaled nearly 200,000, we worked closely with county clerks to ensure that the 342 Voter Service & Polling Centers across the state adhered to state and local health guidelines, making sure that both election workers and voters were protected from COVID-19.

Early voting also again played a key role in Colorado’s success.  A full week before Election Day, over 1.9 million ballots had already been returned, and on the morning of Nov. 3, turnout for the 2020 general election had surpassed the total turnout from 2016, the state’s previous record for total turnout.

That early voting meant we did not see the long lines experienced in other parts of the country, with voters not having to be inconvenienced by spending a day waiting to make their voices heard.

Thanks to the ability of our counties to begin processing ballots for scanning 15 days before Election Day, 78% of results were reported on election night, despite the historic number of ballots returned.  The results were coming in so hot, the election night reporting team’s traditional pizza dinner got cold.

In an era when partisanship abounds, again Colorado’s election was embraced by those of every political stripe.  Registered Democrats accounted for 30.9% of the ballots returned, registered Republicans 28.5%, and unaffiliated voters 38.8%, which hews closely to the percentage of total active registered voters of those three affiliations in the state.

While the dust has settled, the hard work continues.  Ballot signature cures and mailed overseas and military voter ballots were received by county clerks through Nov. 12.  After that, the Secretary of State’s Office will initiate the state’s Risk Limiting Audit, which will provide statistical confidence that the election results are correct.

Results will then be finalized on Nov. 30, notwithstanding recounts.  Colorado’s rule for elections has always been to count every eligible ballot cast and this year will be no exception.

To be fair, Colorado’s is not an overnight success, but rather the result of hard, bipartisan work of a succession of governors, Colorado state legislatures, county clerks, and secretaries of state to create and implement the model we enjoy today.

In the last two years, we’ve also worked extremely hard to improve the model by increasing access, adding over 130 drop boxes and 42 voting centers; guaranteeing voting locations on tribal lands and public college campuses; enabling voters statewide to track their ballots; allowing 17-year-olds turning 18 by the general election to participate in primaries; making it easier for a voter to correct ballot discrepancies; and launching efforts to counter foreign election misinformation.

I commend election officials from across the nation for successfully executing the most extraordinary election of our lifetimes, but I am left to wonder how different the anxious days after Election Day would have looked if every state’s elections were run like Colorado’s.

Jena Griswold is Colorado secretary of state. She is the youngest person to hold her position in the nation.