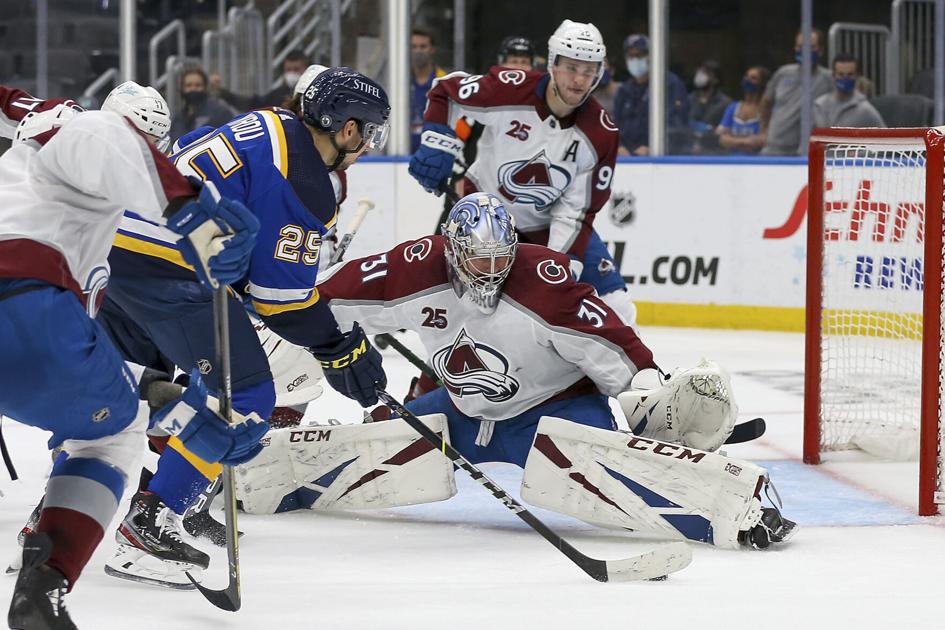 ST LOUIS – Happy birthday to him.

A defense-first defenseman and penalty killer who isn’t used to celebrating another trip around the sun with a hockey game, Ryan Graves celebrated turning 26 with a three-point night in Game 3.

A 5-1 victory gave the Avalanche a commanding 3-0 playoff series lead over the St. Louis Blues.

“Last year we were in quarantine so it’s a lot better than that one for sure,” Graves said of this particular special day.

May 21, 2021 will also be a memorable date for 20-year-old rookie Alex Newhook, whose first NHL goal made it 2-0 at the back door during the second period. He found a Graves rebound on his stick and a mostly open net at his disposal.

“I saw a lot of net, was hoping I could put it in,” Newhook said. “A big point of the game so I was happy to put that home.”

That was enough of an edge against the Blues, even after the first-round series shifted to Enterprise Center for Game 3. The Avalanche can complete a sweep and advance Sunday.

A Blues centering pass from behind the net spit all the way down the ice and Graves raced St. Louis goaltender Jordan Binnington to it. Binnington came out nearly to the faceoff dot to play it, where Graves put a shot off the goalie’s stick and into the empty cage.

Tyson Jost opened up a 3-0 lead before the Blues responded. Jost, who wasn’t punished by the league for an elbow in Game 2, seemed to have the Blues’ special attention Friday. He was shoved all over the ice before heading off on a 2-on-1 with Gabriel Landeskog.

Jost got some air on his own rebound while falling to his knees.

St. Louis challenged that goal, which was indirectly successful. The officials upheld the call on the ice and gave the Blues the requisite delay-of-game penalty. Tyler Bozak scored shorthanded nine seconds into the Colorado power play.

Colorado goaltender Philipp Grubauer was instrumental in helping the Avalanche build on the lead, in the game and in the series.

“Time and time again, he bails us out when we make mistakes,” Graves said.

“There were times of the game where they were getting some chances and taking it to us a little bit. He really held it down for us and allowed us to keep our lead and at the end of the day, get us the win.”

Newhook’s first career goal echoed defenseman Cale Makar’s. Both players signed after their sophomore season of college ended, Makar out of UMass in 2019 and Newhook from Boston College. Makar tallied his first of many in Game 3 of a first-round series against the Calgary Flames.