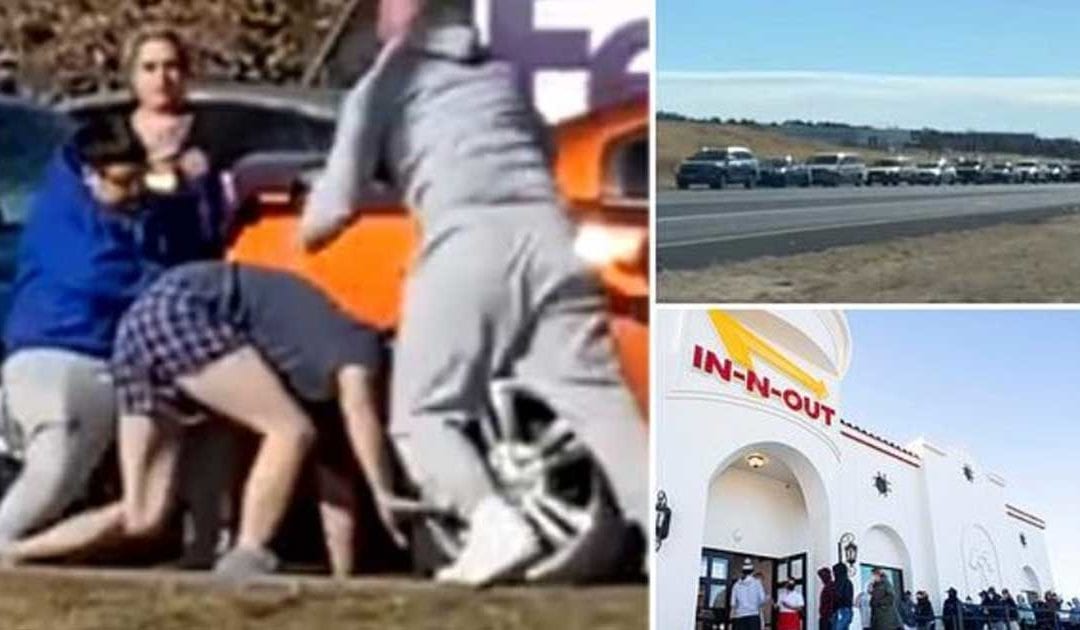 There’s nothing quite more American than fighting over scarce resources, even if those scarce resources aren’t even that valuable or, in many cases, really scarce at all. However, when the TV tells us that Black Friday is happening, people will tackle each other for electronics and when social media says that they love Popeyes chicken sandwiches, people won’t hesitate to wait in line for hours in order to get one.

When a pair of In-N-Out restaurants opened in Colorado Springs, this week we would see this phenomenon come to life yet again. Apparently not realizing that the eating establishment will still be there tomorrow and hopefully, next week as well, people waited in line for up to 14 hours to get their hands on some fast food. In some cases, we’re told that individuals even camped out overnight to wait for the restaurant to open.

Naturally, all of those people waiting were sure to get a little bit irritable. Below, we have two videos that show off the situations. In one, there isn’t much context but it shows a pair of men getting into a physical confrontation in the parking lot of the newly opened restaurant. One guy gets hit so hard that he ends up punched right out of his pants.

The other shows just how long the lines were. We started out thinking that things weren’t that bad but as the video continued, we couldn’t help but be amazed at just how far people will go in order to get a greasy fast food meal.

Viral Hog describes the situation by telling us, “Shown are the extensive lines of cars leading to the drive-thru of In-N-Out on opening day in Colorado Springs at 11:45 am MST. The line stretched past two intersections and loops around the restaurant. Heavy traffic came from Interquest Pkwy and Voyager Pkwy. People were lined up to get served In-N-Out as early as Tuesday (11-17-20). A huge gathering of people waited outside the building to get in. COVID-19 restrictions were not enforced. There was a continuous overflow of business. A delivery truck came in to deliver more food and El Paso County police were also seen directing traffic to help with the madness.”