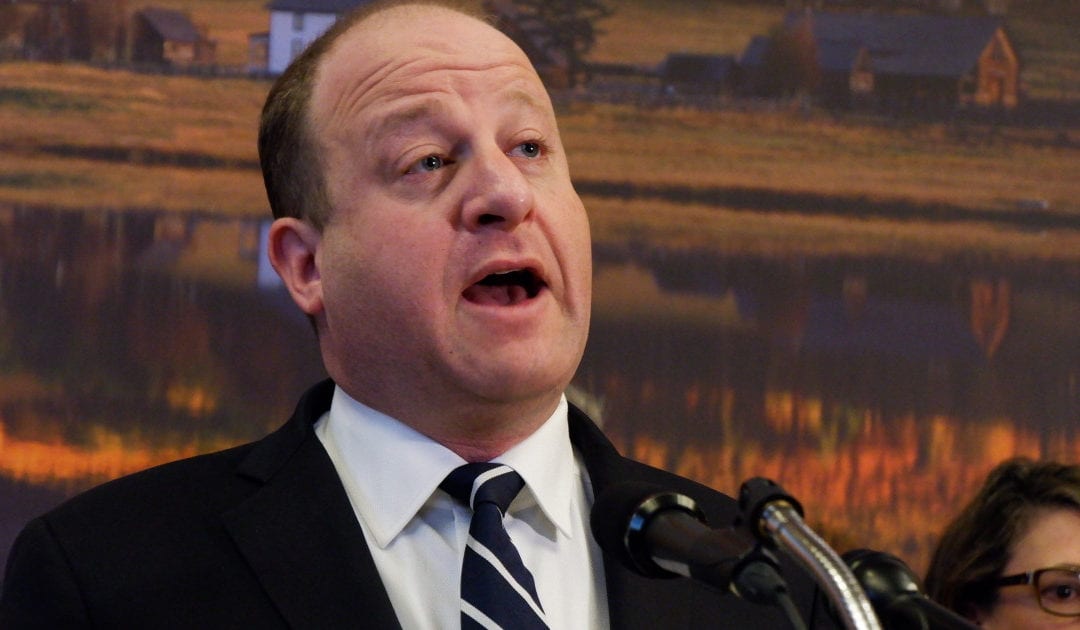 Gov. Jared Polis on Wednesday took more sweeping actions to try to slow the spread of the new coronavirus in Colorado, ordering the state’s ski areas to stay closed until at least April 6, limiting gatherings to no more than 10 people and closing schools between March 23 and April 17.

Polis signed an executive order suspending in-person learning in public and private schools across the state during that period. The order also directs the Commissioner of Education to issue guidance to support school systems in “developing and implementing plans to assist families and students in accessing alternative learning, providing free and reduced lunch and breakfast, and offering waivers for instructional time as appropriate.”

“Children can serve as a vector for the disease, increasing the risk of disease to older adults and individuals with certain underlying conditions, who are more likely to experience severe symptoms and even death,” the governor’s order said.

As for ski areas, Polis on Saturday initially ordered them to close until March 22. The updated order almost guarantees the end of the ski season in Colorado.

Finally, the order barring gatherings of more than 10 people lasts for 30 days and applies to faith-based events, sporting events with spectators, concerts, conventions, fundraisers, parades, fairs, festivals “or any similar event that brings 10 or more people together.” The mandate, which goes into effect Thursday, falls in line with recommendations from the White House.

Courts, the state legislature, airports, bus and train stations, hospitals, retail and grocery stores and pharmacies are exempt from the public gatherings order.

Polis told reporters earlier on Wednesday that more measures limiting Coloradans’ movement were imminent. He said the idea is to balance short-term economic strife against much broader, more devastating effects that could come if the state isn’t forceful enough now in trying to keep the spread of COVID-19, the disease caused by the new coronavirus, from spiraling out of control.

“If we fail, the economic consequences of the virus running rampant will be far worse in the medium and long term,” he said. “We’re going to take the steps we need to avoid catastrophic loss of life.”

Polis also said “it’s increasingly unlikely” schools will reopen before the end of the academic year.

To date, the governor has also shut down restaurants and bars to in-person dining for 30 days. He’s also closed theaters, casinos and gyms for that span of time.

In a statement, Polis called the actions “necessary … to slow the spread of this disease.”

There could be more measures coming. “All the additional social distancing measures that are applicable are being looked at,” he said, including a temporary shelter-in-place mandate.

There are now nearly 200 confirmed coronavirus cases in Colorado. Two people have died from the disease and public health officials have warned that there are likely thousands more who are infected.

MORE: 2 members of 80-person municipal delegation from Colorado that traveled to Washington test positive for coronavirus

Eagle, Gunnison and San Miguel counties in the mountains have all but shut down in a desperate attempt to halt the virus, which is quickly spreading through their communities. The areas have limited hospital space, or, in San Miguel County’s case, none at all.

Anyone who violates the order limiting gatherings in the state faces a fine of up to $1,000 and up to one year in jail.

Polis admitted that it’s unlikely law enforcement will have the resources to enforce the order and others like it, but told people to “don’t be stupid.”

“Don’t be dumb here and think you’re getting away with something just because the cops aren’t able to shut you down,” he said.

As for the order extending the closure of ski season, most resorts in Colorado shut down in early April. Some, like Arapahoe Basin and Breckenridge, have stayed open into May or beyond in the past, but not after a prolonged closure like the one prescribed by Polis’ order.

The governor has warned that the coronavirus will affect Colorado for several months, at a minimum.