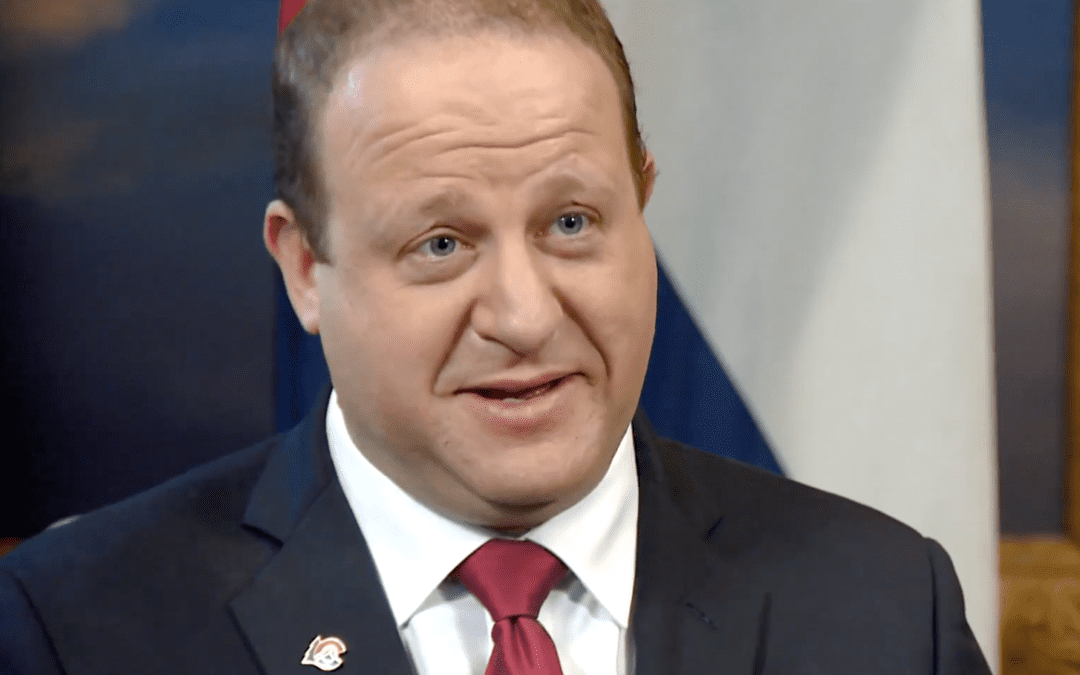 It’s been a rough few months for King Jared.

It all started when a report from Pro Publica revealed why Gov. Polis wasn’t exactly keen on releasing his tax returns in 2018. For three consecutive years from 2013-2015, Polis reportedly did not pay federal income taxes.

That’s a big political problem for Polis, because $0 in federal income taxes doesn’t exactly comport with the left’s vision of what fair share the wealthy should be paying.

There’s also additional hypocrisy in that Polis says he wants to get rid of special interest tax breaks, but apparently not the deductions he used to keep his effective tax rate lower than most middle class Coloradans.

As it turns out, the ProPublica story was only the beginning of Polis’s PR nightmare.

The complaint says Palacio authorized himself an $85,000 contract while he was still serving as Polis’s chief of staff, and that for at least one month he was actually receiving a taxpayer check as chief of staff and the consulting gig Palacio approved for himself.

There are many ways such an arrangement appears to violate the state Constitution and state statutes governing ethics, but take a look at the statute outlining fiduciary duties for public employees.

We’re interested to hear what explanation Palacio’s lawyers come up with when the Ethics Commission ultimately hears this complaint.

Approving a contract for your own LLC before leaving your job sounds an awful lot like an official act that provides one’s business with an economic benefit.

As if things couldn’t get worse for Polis, even more corruption was publicized last weekend.

The Gazette published a followup report on a group known as the COVID Citizen Software Engineers. At the outset of the pandemic in 2020, this group branded themselves as an all-volunteer organization working for free to help the state craft their response to the pandemic.

In addition to significant privacy concerns about the scope of those activities, their work didn’t turn out to be so free after all.

Polis’s personal friends and business associates received government contracts totaling $1.6 million from the arrangement, according to the Gazette.

State health officials defended the deals as valuable to their work battling the raging pandemic, but none offered an explanation for how they went from a public service to a public expense.

Gov. Polis’ office said it “had no prior knowledge or involvement in this procurement decision and therefore has no comment.”

Much like the scandal around defective Curative COVID tests, the fact Polis himself yet again won’t comment on this directly says volumes.

Perhaps that’s because actions he took as governor enabled this corruption?

Colorado law requires contracts over $150,000 be publicly bid. However, these contracts were not subject to bidding due to “emergency powers” used by Polis at the outset of the pandemic.

Both of these kickback scandals looks like it could have legs.

The Independent Ethics Commission is slated to take up the complaint against Palacio in January, and we seriously doubt Polis’s buddies will be able to hide from the media after these revelations.

If neither the state nor Polis’s friends can explain how they ended up with $1.6 million after marketing their work as “free” for taxpayers, then any reasonable person can see something is up.

Only time will tell where both of these stories go, but at least now we know why Polis is demanding taxpayers provide his office with additional PR flacks.