Gov. Jared Polis will select one of these three people to serve on the Colorado Supreme Court 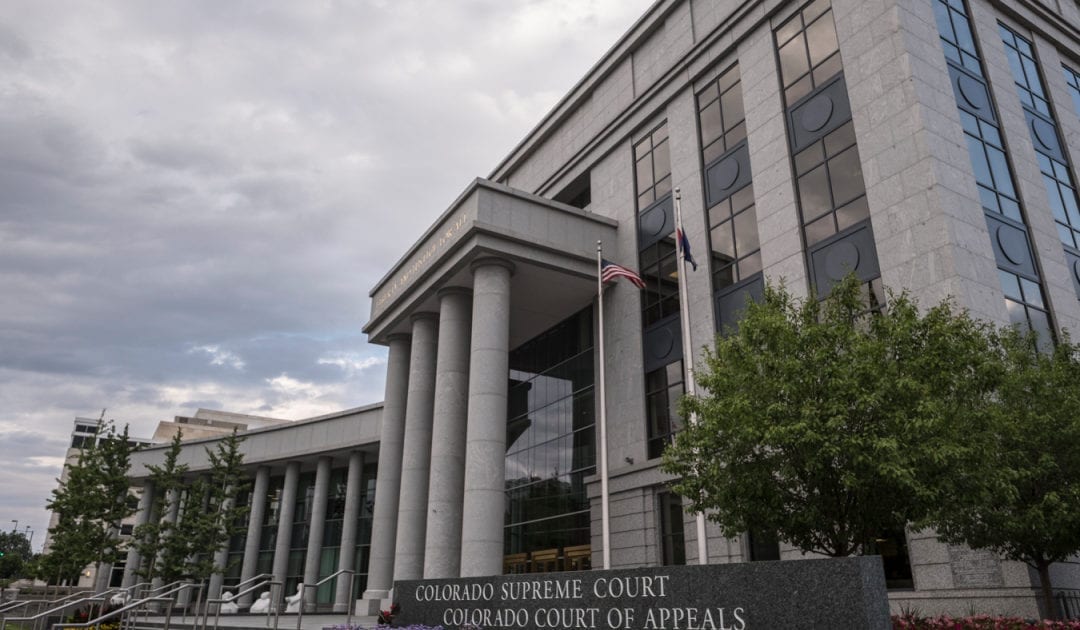 The retirement of Nathan B. Coats, the last Republican-appointed judge on the Colorado Supreme Court, has cleared the way for Gov. Jared Polis to make his first pick for the high court.

Polis, a Democrat, is expected to announce his choice this week. Former Gov. John Hickenlooper appointed five current justices and former Gov. Bill Ritter appointed one to the seven-member panel.

Polis will choose from three finalists selected by a nonpartisan committee. All have decades of experience practicing law in Colorado, though only one, Maria Berkenkotter, has prior experience as a judge. The other two, Andrea Wang and Timothy MacDonald, are longtime attorneys.

The Colorado Sun reviewed the finalists’ applications to get a better sense of their backgrounds and why they want to be a Colorado Supreme Court justice. Here’s what we found:

Maria Berkenkotter currently works for the Judicial Arbiter Group, which is composed of former judges. Before that, she served as chief judge in the 20th Judicial District, which encompasses Boulder County, from 2013 to 2017. She also served as a district court judge in the district.

Berkenkotter, a graduate of the University of Denver Sturm College of Law, was also a finalist for a position on the Colorado Supreme Court in 2018, but Hickenlooper selected Carlos A. Samour instead.

If she is appointed to the bench, Berkenkotter will be returning to the Colorado Supreme Court; she clerked for former Justice Howard Kirshbaum from 1987 to 1988.

In 2016, Berkenkotter presided over the high-profile trial of Dynel Lane, who was convicted of cutting the fetus out of another woman in Longmont. Berkenkotter sentenced Lane to 100 years in prison.

She highlighted the case in her application for the Supreme Court. “This was an emotionally charged and challenging case that presented a number of difficult issues,” she wrote.

In her application, Berkenkotter said her specialty is civil litigation, but has on multiple occasions represented the state of Colorado in federal courts on criminal cases and appeals cases, the latter of which is central to what she would be doing as a member of the Colorado Supreme Court.

“Through these cases,” she wrote, “I gained extensive experience addressing a broad range of appellate issues.”

In her personal statement, Berkenkotter said she was certain she was ready to serve on the court and that her experience as a judge prepared her for the role.

“I know how to work to build consensus, to listen carefully, to challenge my own views and thoughtfully consider the views of others, to stand my ground, to have difficult conversations when necessary, and to respectfully disagree when consensus is not possible,” she wrote.

A search of state and federal databases reveals she has never given to a Colorado political candidate. In her application, Berkenkotter said she is not active in partisan politics.

Andrea Wang was admitted to the Colorado Bar in 2001 after graduating from the University of Colorado Law School. Since then, she has practiced as a civil litigator, most recently as an assistant United States attorney.

In her application, Wang said she transitioned to her current role after her mother died.

“As I reflected on what was important to me, I decided I could, and should, do more for the community,” she wrote.

Her time in her current position, she said, has been the “most rewarding” role of her career.

Prior to serving as a federal lawyer, Wang worked in private practice, focusing on business litigation and specializing in natural resource and energy litigation at Davis Graham & Stubbs. There she “handled cases at both the trial and appellate levels,” according to her application.

She also wrote she worked on pro bono cases and served as the chair of the firm’s diversity and inclusion committee.

As an assistant U.S. attorney, she typically represents the federal government in cases where it has been defrauded. She said her cases commonly involve public lands and all of them “arise from conduct in Colorado, or impact agencies located in Colorado.”

Wang wrote that her current cases are tried in the federal courts, but in private practice she has worked on cases before the appellate courts of Colorado and before the Colorado Court of Appeals and the Nebraska Supreme Court.

Like Berkenkotter, Wang also clerked for a Colorado Supreme Court justice. Wang worked for Chief Justice Mary Mullarkey from 2001 to 2002.

“I would be honored to continue my public service as a justice on the court where I started my career, 19 years ago,” she wrote.

Wang is currently defending the U.S. Bureau of Alcohol, Tobacco, Firearms and Explosives in a federal court case filed by an Aurora gun seller that is challenging the bureau’s decision to revoke its license.

Wang wrote in her application that she would cease to be involved in partisan politics if appointed to the Colorado Supreme Court. Federal and state campaign finance databases show she has given to Democratic candidates and causes in the past.

A Denver resident since 1998, Timothy MacDonald graduated from the University of Michigan with a law degree and a master’s in public policy. He is currently a partner at the national law firm Arnold & Porter Kaye Scholer and the managing partner of the firm’s Denver office, a role he’s held full time since 2014. He’s been with the firm since 1998 and a partner since 2006.

After law school, MacDonald clerked for Emilio M. Garza on the U.S. Court of Appeals for the Fifth Circuit, based in New Orleans.

In his application, MacDonald said he filed his first brief in the Colorado Supreme Court in 2000, and that his history of working on appeals before the court has provided him with “a deep appreciation for clear writing, solving complex problems, and judges who understand the practical realities of their decisions.”

A self-described legal “generalist,” MacDonald called himself a “civil litigator who handles trials and appeals of all kinds.” He said he typically represents businesses and commercial interests, and that trial work makes up 65% to 70% of his practice and appeals the other 30% to 35%.

He wrote that he has worked on a “broad array” of pro bono cases. “I have committed myself to pro bono work in our state because I understand how fortunate I have been in my life and believe that I have an obligation to give back to our community,” he said in his application.

MacDonald is currently representing the city of Boulder in a challenge to its 2018 municipal ordinance limiting large-capacity gun magazines and assault weapons. He has for more than 20 years represented the Hopi nation in various disputes.

“My representation of the Hopi has been one of the true treasures of my professional life,” he wrote.

The son of immigrants, MacDonald said he is interested in becoming a Colorado Supreme Court Justice because it would be the culmination of years working on behalf of the less fortunate.

“I seek this position because I want to commit myself fully to serving the public,” he wrote.

MacDonald wrote in his application that he would cease to be involved in partisan politics if appointed to the Colorado Supreme Court. Federal and state campaign finance databases show he has given to Democratic candidates in the past, including Mike Johnston’s 2018 gubernatorial campaign and 2020 U.S. Senate campaign; U.S. Rep. Joe Neguse’s campaign; U.S. Rep. Jason Crow’s campaign; and Amy Klobuchar’s 2020 presidential campaign.