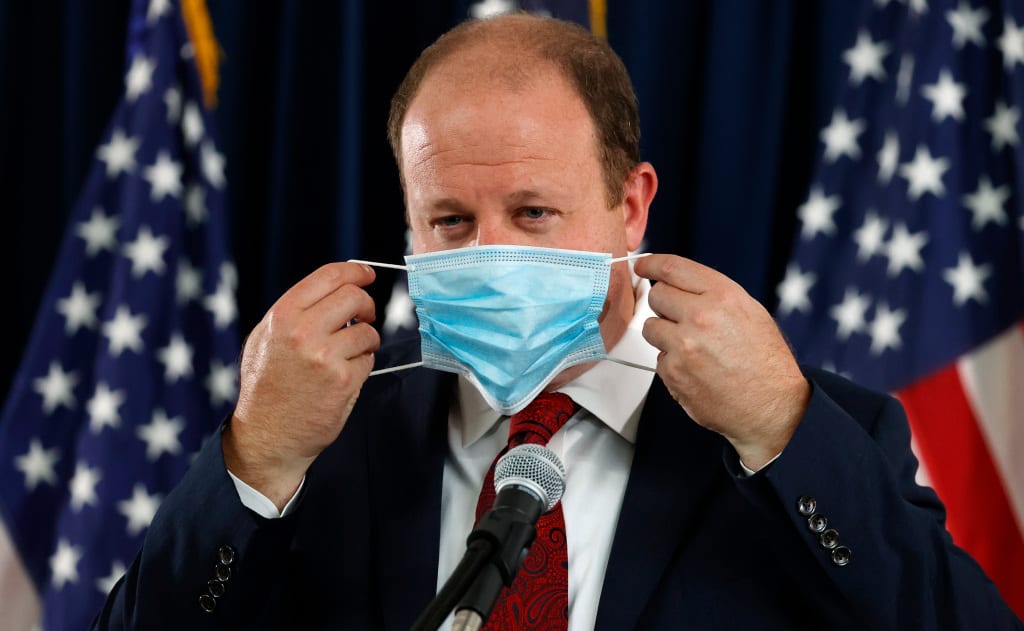 “Our data has shown that mask wearing has contributed to our great success thus far in reducing the spread of the virus and helping more and more of our economy re-open rapidly including our schools,” Polis said in a statement provided to The Denver Post. “Therefore we expect the mask order to stay in place and support localized efforts to continue mask wearing and raise awareness about the importance of avoiding large groups. Masks and social distancing continue protecting the lives of Coloradans during this pandemic.”

The order — issued July 16 for one month — states that everyone 11 and older must wear a mask or other facial covering while in public indoor spaces, including retail stores. More than 30 U.S. states are under similar orders.

When Polis first ordered everyone to wear a mask, the state’s coronavirus case count and the number of daily virus-related hospitalizations were both growing. The number of people that those infected with the virus spread it to was, on average, 1.78 at that time in Colorado — better than during the state’s initial outbreak in March and April, but still troublingly high.

Yesterday, the governor’s office reported to lawmakers that the figure is now closer to 0.67. When the figure falls below 1, the spread slows, and health officials say masks play an important role in maintaining that progress.

Polis said earlier this summer that he wasn’t convinced a mask order would be either effective or enforceable. He came around in mid-July, and since then he has said he believes the mask order is an effective tool. More than 90% of Coloradans are now wearing masks in settings where they are required, the state reports.

“Coloradans have been deliberate and diligent about mask wearing — and because of that we are able to keep our families and communities safer from the virus,” Jill Hunsaker Ryan, director of the Colorado Department of Public Health and Environment, wrote in a statement.

“People should know they are making a difference in slowing the spread of this virus. So please keep staying home when you’re sick, and keep washing your hands, physically distancing — and, yes, wearing a mask!” she said. “As mask wearing has increased, viral spread has decreased, enabling schools to open in some areas and promoting the increase of economic activity.”

It is possible that his forthcoming order extension could include some amendments, but, generally, the governor seems comfortable with the current course. He told reporters last week that Coloradans should prepare to live for the next few months the same way they’ve lived for the last few weeks, an indication that he isn’t planning any big changes to current restrictions.

As of Tuesday, Polis had issued about 160 executive orders since March, 25 of which remain active.