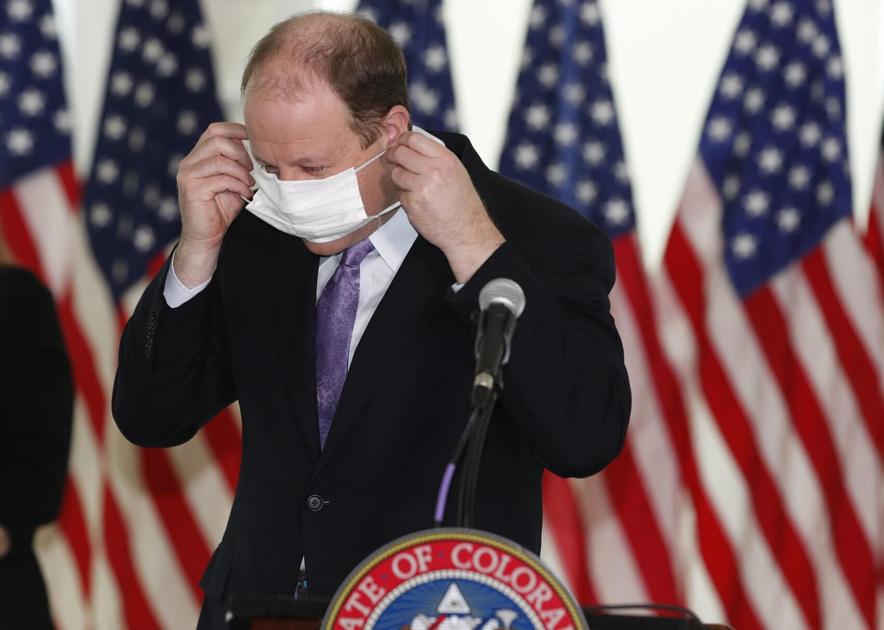 Despite several states lifting all kinds of COVID-19 restrictions, including on masks, Gov. Jared Polis stayed the course Friday, extending the state’s mask mandate for another 30 days.

The executive order requires Coloradans to wear face coverings in public places. Children under the age of 10 and those with medical conditions that are impeded by masks are exempt.

As of Friday, 35 states, the District of Columbia and Puerto Rico still have mask orders in effect. Four: Montana, Iowa, North Dakota and Mississippi, have lifted them. On March 10, Texas will become the fifth to drop its mask order. Alabama’s governor says she will let that state’s mask order expire on April 9.

The first mask order was issued on April 14, 2020, to government employees and those in essential businesses. The first statewide order to all Coloradans was on July 16. It has been amended or extended 10 times since.

March 5 marks one year since the announcement of the first case of COVID-19 in Colorado. The first was a man in his 30s from California who had traveled to Summit and Eagle counties for skiing. He has never been identified.

Polis is holding a virtual statewide day of remembrance to mark the anniversary. At 4:30 p.m., there will be a flyover by WWII-era aircraft from west to east over the state Capitol. A virtual remembrance ceremony will take place at 6:30 p.m., to be streamed live over the governor’s Facebook page.

Twenty-five cities and counties, as well as the Colorado Rockies and Denver Broncos, are also holding virtual remembrance events, according to the governor’s office. In some communities, police and fire departments will turn their lights on at 6 p.m. for one minute.

Participating cities, counties and businesses, as of Thursday:

In the state Senate on Friday, Sen. Julie Gonzales, D-Denver, her voice sometimes breaking, asked for a moment to reflect and remember loved ones. Gonzales’ husband recently lost three family members to COVID-19.

In November, Gonzales said she watched the case count grow as people closer to her got sick, she said. “My husband and his family said goodbye over Zoom. I truly hope none of you, nor your constituents, have to plan a triple funeral,” she said.

“I encourage you to practice physical distancing but social solidarity in the days ahead,” Gonzales said. She also honored the work of health care workers and first responders, including those who fought the 2020 record-breaking wildfires.

“On this last day of this week, one year ago, began what has undoubtedly been the most difficult year of our lives, I ask you to put on your mask. That you remember the loved ones we have lost and honor their legacy by doing this work here on behalf of the people of Colorado.”