GOP congressman films himself threatening Joe Biden with a gun 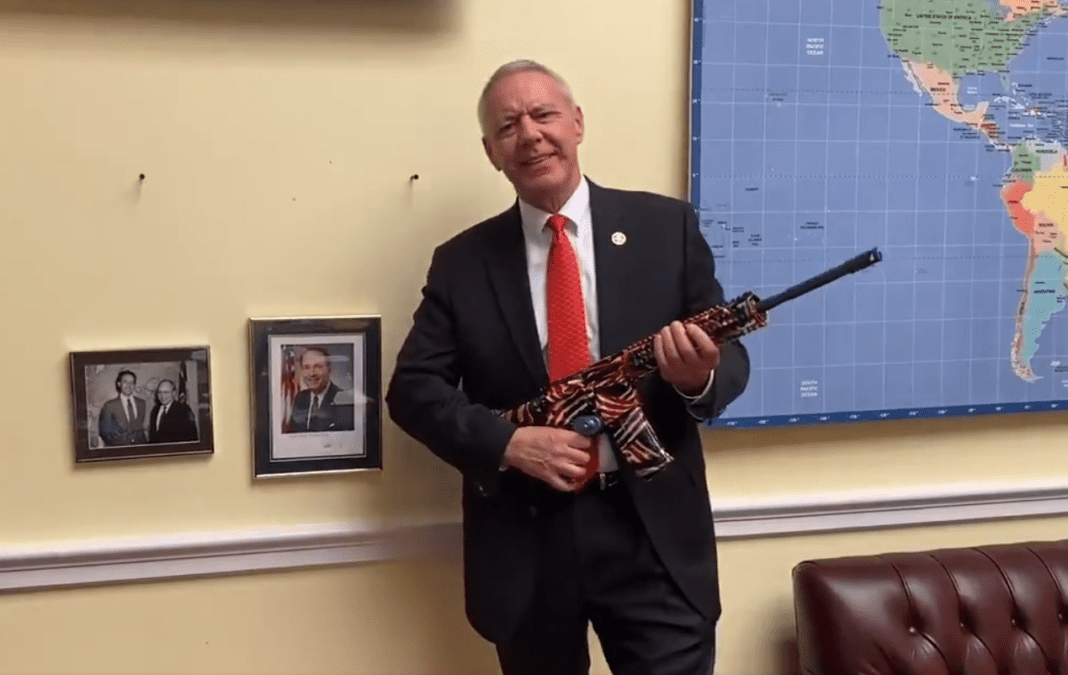 “I have a message for Joe Biden and Beto O’Rourke,” Buck said. “If you want to take everyone’s AR-15 in America, why don’t you swing by my office in Washington, D.C., and start with this one?”

Buck then proceeded to take the weapon off his office wall, briefly pointing it at the camera.

Come and take it. #2A pic.twitter.com/jG2SiXetov

During his own campaign earlier in the race, O’Rourke supported a mandatory buyback program that would allow the federal government to force gun-owners to relinquish high-powered assault style rifles like the AR-15.

The rifle Buck held in his video on Friday is notably inoperable. In a 2015 interview with the Washington Post, Buck said that he removed the bolt carrier assembly, a necessary component to fire the weapon, and installed a trigger lock on it.

“The only dangerous thing about that gun is if someone took it off the wall and hit somebody else over the head with it,” Buck told the Post at the time.

Despite the rifle being inoperable, Rep. Ruben Gallego (D-AZ), a Marine Corps veteran who served in the Iraq War, excoriated Buck on Friday for breaking the cardinal rules of safety for handling such a weapon.

“You literally flagged the camera man,” Gallego tweeted. “First rule of weapons handling, treat every weapon as if it were loaded. Second rule, never point the weapon at anything you don’t intend to shoot.”

Buck did not serve in the military.

Buck’s video was released the same week Republicans, led by Donald Trump, roundly criticized Senate Minority Leader Chuck Schumer for saying that Supreme Court justices would “pay the price” if they voted to take away a woman’s right to an abortion.

“There can be few things worse in a civilized, law abiding nation, than a United States Senator openly, and for all to see and hear, threatening the Supreme Court or its Justices,” Trump tweeted on Wednesday. “This is what Chuck Schumer just did. He must pay a severe price for this!”

A number of congressional Republicans and Chief Justice John Roberts accused Schumer of “threatening” the Court.

In a speech on the Senate floor the following day, Schumer admitted he “should not have used the words” he did.

As of Friday afternoon, Trump had not reacted to Buck’s threat of a presidential candidate and former member of Congress.

The post GOP congressman films himself threatening Joe Biden with a gun appeared first on The American Independent.