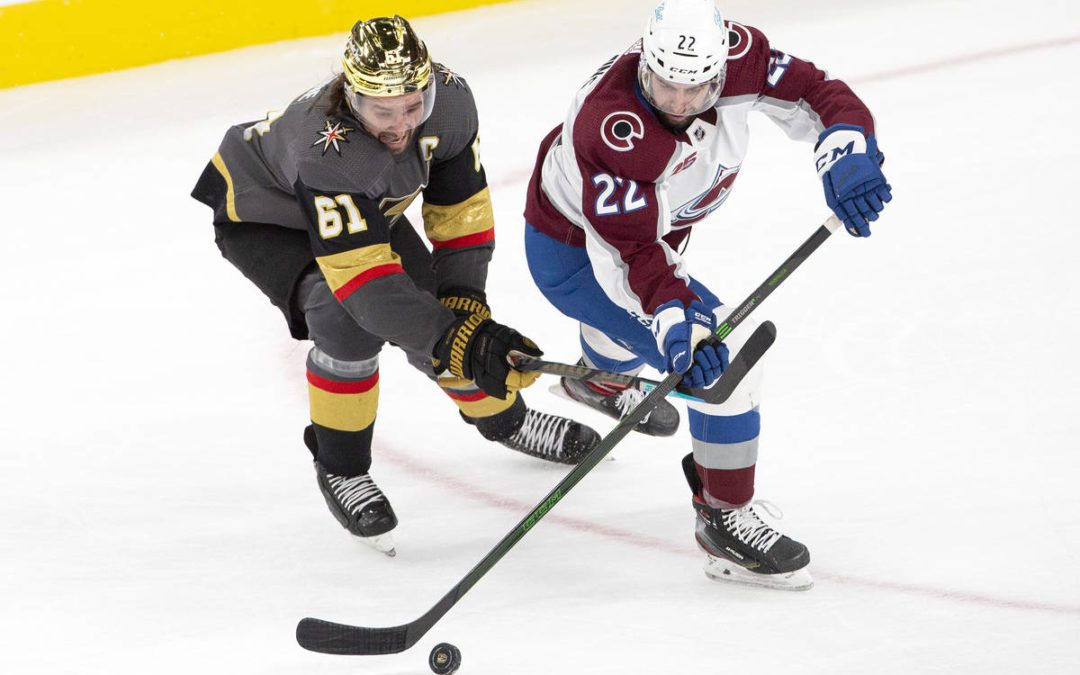 The stakes are clear for the final stretch of the Golden Knights season. They sit two points behind the Colorado Avalanche in the West Division standings with 13 games remaining for both sides.

Whoever comes out on top will get home ice advantage for at least the first two rounds and will open the postseason against one of the underwhelming teams fighting for fourth. The fourth- through eighth-place teams in the West all have a minus-10 goal differential or worse.

The second-place team will likely face the Minnesota Wild, who are seven points behind the Knights but 11 clear of the rest of the pack.

Finishing first clearly provides a more favorable path. And the Knights will get a chance to set the pace in the chase for that spot with Colorado on a COVID-19 hiatus.

Of the Avalanche, center William Karlsson said, “They’ve played really, really well lately. We have to be on top of our toes every game.”

The Avalanche have been in first most of the last two weeks, taking charge of the division thanks to an absolutely scorching stretch. Colorado, since March 10, is 17-1-2. That the Knights remain only two points behind is no small feat.

“I give our group credit,” coach Pete DeBoer said. “The fact we’re still hanging around I think is a testament to our resilience here to stay in the fight and win the games we need to win.”

The Avalanche won’t be able to build on that streak for a bit. The team has three players in the NHL’s COVID-19 protocols — No. 1 goaltender Philipp Grubauer, forward Joonas Donskoi and rookie defenseman Bowen Byram — so the league postponed three of its games Friday.

Colorado is expected to return to action April 22 against St. Louis. The Knights have three games in that time, giving them a chance to take the lead and put pressure on the Avalanche.

That could set them up well for their final regular-season series against Colorado on April 26 and 28 at T-Mobile Arena.

The Knights have switched up their top two defensive pairs the last game and a half.

Alec Martinez is skating with Alex Pietrangelo, and Shea Theodore is playing with Brayden McNabb. Theodore-Martinez and Pietrangelo-McNabb have been the defensive pairs almost the entire season when healthy.

“That’s not the time of year to be trying out and hoping what combinations look like up front or on the back end,” DeBoer said.