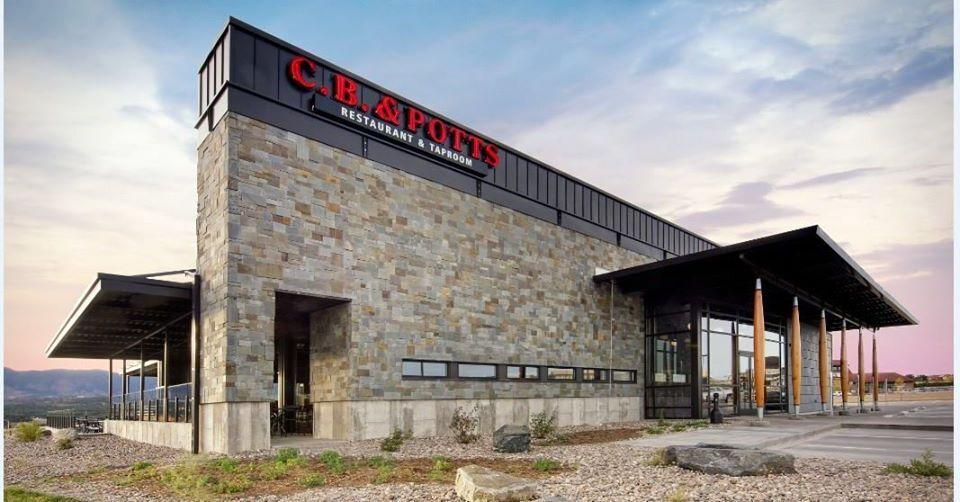 Here’s a partial list of changes in the retail and restaurant landscape during 2020 — closings, arrivals and newcomers expected for 2021:

• Black Eyed Pea: The comfort-food favorite closed southwest of Interstate 25 and Garden of the Gods Road in Colorado Springs after failing to reach a new lease agreement. A second location remains open in the Citadel Crossing shopping center northeast of Academy Boulevard and Platte Avenue.

• Burlington: The department store closed at the north side Chapel Hills mall after failing to reach a new deal on a lease with the owner of its anchor store space, which was separate from the mall’s ownership. Burlington stores remain at The Citadel mall in central Colorado Springs and in the Powers Pointe shopping center on the northeast side.

• C.B. & Potts: The regional restaurant chain, whose owner is based outside Tacoma, Wash., shuttered its lone Springs-area location at the Polaris Pointe retail center, southeast of Interstate 25 and North Gate Boulevard on the city’s far north side.

• Drifter’s Hamburgers: The longtime burger joint, which conjures up comparisons to the newly arrived In-N-Out Burger, closed its north-side location in October near the Chapel Hills Mall. Another location remains open at 4455 Mark Dabling Blvd., near Garden of the Gods Road.

• Gold’s Gym, 24-Hour Fitness and Accolades: Gold’s Gym, based in Dallas, closed three Springs-area locations in April; 24 Hour Fitness shuttered a northern Colorado Springs facility in June; and locally owned Accolades Fitness closed its west side location in November, but continues to operate its gym on the city’s northwest side.

• Gordmans: The department store chain shuttered its three stores in Colorado, including its longtime location at the Broadmoor Towne Center on the Springs’ south side. Another Gordmans at the Chapel Hills mall closed in 2017.

• Pier 1: The Fort Worth, Texas–based seller of decorative home furnishings, gifts and furniture closed its last two stores in Colorado Springs at the First & Main Town Center and the Promenade Shops at Briargate. The retailer filed for bankruptcy in February after years of poor sales, according to national news reports.

• Stein Mart: The discounter filed for bankruptcy in August and closed its store at the University Village Colorado shopping center.

• Tuesday Morning: The off-price retailer of home furnishings, housewares and other items closed its store in the Southern Cross Shopping Center on the south side as part of the chain’s Chapter 11 bankruptcy filing in June. Tuesday Morning still has stores on North Academy Boulevard in the Springs and at Powers Pointe.

• Village Inn: The national chain has closed most of its local restaurants; in 2020, it shuttered locations at Austin Bluffs Parkway and Academy Boulevard in Colorado Springs and near Interstate 25 and Colorado 105 in Monument.

• Zoës Kitchen: The Texas-based Mediterranean chain was relatively new to the local market when it closed its two restaurants on the city’s south and northeast sides.

• Buttermilk, A Breakfast Eatery: Opened in June on Colorado Springs’ north side as part of the Polaris Pointe retail center.

• Crave Hot Dogs & Barbecue: The hot dog, barbecue and beer restaurant opened in late October in the Plaza at Barnes West retail center, northwest of Powers Boulevard and Barnes Road on the city’s northeast side.

• In-N-Out Burger: After a three-year wait, the California fast-food favorite opened its first Colorado Springs restaurant in November at the north-side Victory Ridge development, southeast of InterQuest and Voyager parkways.

• Jax Fish House & Oyster Bar: The seafood restaurant founded in Boulder and with multiple locations in the Denver area opened in January on South Tejon Street in downtown Colorado Springs.

• Magnum Shooting Center: The indoor shooting range on Colorado Springs’ far north side opened its second location in November inside a former Sears store at the Broadmoor Towne Center, southeast of Southgate Road and Nevada Avenue.

• Parry’s: The pizza chain opened its first location in March at the Powers Pointe shopping center southwest of Powers Boulevard and Barnes Road in northeast Colorado Springs, and opened a second restaurant in June at InterQuest Marketplace, east of Interstate 25 and InterQuest Parkway on the far north side.

• RoadHouse Cinemas: The area’s newest movie theater, an eight-screen complex that offers food and beverage service for moviegoers as they watch films, opened in August inside a remodeled Kmart at 3030 N. Nevada Ave. in north central Colorado Springs.

• ViewHouse: The Denver-area restaurant and entertainment venue debuted in February northeast of Interstate 25 and Woodmen Road on the Springs’ north side.

• AirCity360 Adventure Park: The family fun center — including wall climbing, trampolines, an obstacle course, dodgeball and a toddler area — broke ground in September and is targeting a spring opening in Polaris Pointe, southeast of Interstate 25 and North Gate Boulevard.

• Crush Golf: The state-of-the-art, year-round driving range with dining and meeting facilities for golfers, families and corporate gatherings, is targeting a 2021 opening also in Polaris Pointe.

• In-N-Out Burger: Plans to open a second location east of Powers Boulevard and Constitution Avenue, at the site of a former Outback Steakhouse in the First & Main Town Center.