Global SuperTanker, based in Colorado, is ceasing operations | OutThere Colorado 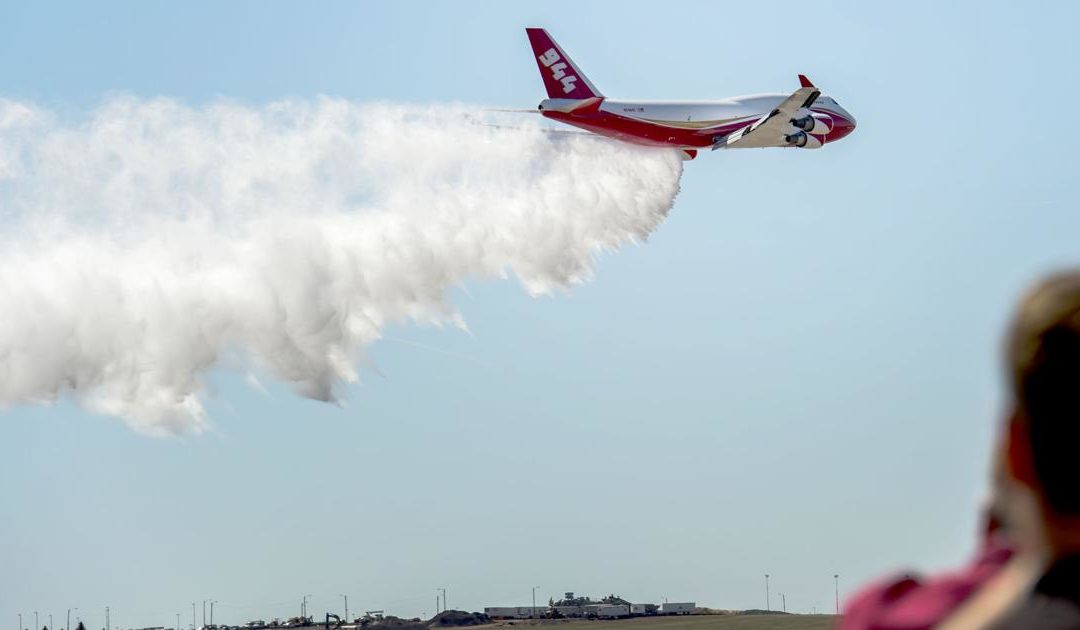 A giant firefighting aircraft based in Colorado Springs will be grounded for good.

The Global SuperTanker is ceasing operations, a company representative told Gazette news partner KKTV on Friday. The company did not specify the reason for the shutdown.

A Boeing 747 aerial firefighter, the Global SuperTanker has flown hundreds of firefighting missions, helping crews douse wildfires in several states and multiple countries, including Bolivia, Chile and Israel, according to the company website.

The plane is capable of carrying up to 19,200 gallons of water or 18,000 gallons of fire retardant on a single flight, nearly double the capacity of the next-biggest of the very large air tankers, or VLATs. The SuperTanker can get nearly anywhere in the country in less than three hours.

But the plane was not used to fight recent Colorado wildfires despite an unprecedented fire season that recorded the three biggest wildfires in the state’s history.

“While the Supertanker’s massive drop capability may be the best resource for some fires, other firefighting aircraft may be more appropriate for remote fires in more complex terrain or in higher-elevation or hotter-temperature settings,” the state’s Division of Fire Prevention and Control said in a statement. “In such cases smaller, more maneuverable aircraft, such as helicopters or SEATs (Single Engine Air Tanker), are safer and more effective.”

It is not yet known what will happen to the SuperTanker.

Gov. Jared Polis in March signed a bill that allows the state to purchase a $24 million helicopter specially equipped to fight some of the state’s biggest wildfires. The Firehawk helicopter is a Blackhawk helicopter converted by United Rotorcraft, a division of AirMethods based at Centennial.

The Firehawk’s ability to go into rugged and high-altitude terrain makes it attractive for fighting wildfires in Colorado, Mike Morgan, director of the fire prevention division at the Colorado Department of Public Safety, said last month. It could be a “game changer” for firefighting in Colorado, he said.