Get on board for President Joe: He’ll win, and Trump is finished 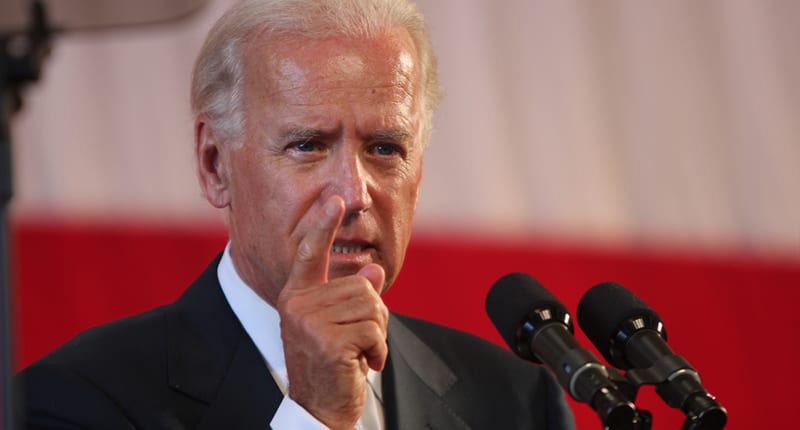 Praise be to the gods of political punditry, but when even never-Trumper poobah Brooks is on board, you know something big is happening.

Brooks is talking about the seemingly-out-of-nowhere post-South Carolina surge of Joe Biden, of course. Biden, whose campaign was running on fumes after coming up short in Iowa, New Hampshire and Nevada, hadn’t even bothered campaigning in some of the states he won decisively on Tuesday. The New York Times used the state of Virginia to explain the Biden win in a front page story on Thursday, “.”

“The triumph was part of a 10-state-sweep for Mr. Biden that resurrected his presidential candidacy,” the Times reported. Biden scored “an overwhelming victory in a state that just days earlier had seemed up for grabs. Mr. Biden won with 53 percent of the vote, 30 percentage points more than [Bernie]Sanders. Voter turnout broke a state record for a presidential primary.”

“Democratic voter turnout surged on Super Tuesday, exceeding 2016 levels in at least a dozen states and setting an all-time record in one of them,” Wednesday morning. Virginia turnout was up 70 percent over 2016. In North Carolina, turnout was up 17 percent; in Texas, it was up 45 percent. Turnout was also high in Colorado, Maine, Minnesota and Utah.

“If I was in the White House or I was in Trump’s campaign looking at poll numbers right now, I would be absolutely terrified,” said Michael Starr Hopkins, a Democratic strategist quoted by The Hill. “I don’t see how — with the wind at [former Vice President Joe] Biden’s back and the kind of turnout we’re seeing — Trump is just going to run away with this election.”

Exit polls in state after state showed that Biden’s support crossed race, gender and educational lines. Biden “had support from men and women, white and black people, college graduates and non-graduates alike by double-digit margins,” according to the New York Times. The only group Sanders carried decisively was young voters. He carried “very liberal” voters in Virginia by only four points.

“The increased voter turnout on Tuesday was driven largely by moderates,” according to The Hill. “Exit polls show that [Sanders] won voters between the ages of 18 and 29 by wide margins across the 14 Super Tuesday states. But no state saw an increase in those voters’ share of the electorate.”

“The 35-and-up, 65-and-up voters — they vote. They consistently vote,” Democratic strategist Hopkins told The Hill. “They show up to the polls. They wait in line. And that’s going to be Sanders’s long-term problem.”

It’s going to be Trump’s problem, too. Super Tuesday primary results show that Biden is pulling in the voters Trump needs to win. Virginia exit polls showed significant Republican crossover votes in the Washington suburbs. “We have to give tremendous credit to Donald Trump,” former Virginia governor Terry McAuliffe told the Times. “He has been the single biggest driver to the Democratic Party of Virginia. There are a lot of like-minded Republicans who said, ‘I can’t vote for Trump but you got to give me somebody who we can vote for.’ Biden was always at the top of that list.”

There it is, folks. We’ve got the evidence we’ve all been waiting for that there is real Trump fatigue out there. It’s translating into Democratic votes, and Joe Biden is getting them. The remarkable thing about his sweeping victory on Tuesday is that he didn’t even work very hard for it. MSNBC pundits were open-mouthed about his victories in states where the Biden campaign had either a weak ground game, or no ground game at all. Biden’s fundraising has been soft, and his TV ad campaign has been almost nonexistent.

In fact, it’s worth taking a look at the things that didn’t work on Super Tuesday. 1. TV ads. Mike Bloomberg ran enough of them to start his own channel, and the only delegates he got came from American Samoa. 2. Spending massive quantities of money on campaign staff. Ditto. 3. Establishing a good ground game. Elizabeth Warren had an excellent campaign organization in state after state, and she didn’t carry even one. 4. Campaign rallies. Sanders fills auditoriums and larger venues with screaming supporters like a Democratic version of Trump, but energizing his base didn’t translate into victories. Biden gained from these failures of conventional campaign theory across the board.

Biden’s campaign may have been underfunded and limping going into Super Tuesday, but he benefited from something money can’t buy: hatred of an incompetent, ignorant, dictatorial incumbent president. Biden can stumble over sentence phrasing and mistake his wife for his sister until the cows come home, and he looks like a superman compared to Trump.

Meanwhile, Biden is also benefiting from the daily grind of the news cycle. Coronavirus has spread to more than 20 states and passed 100,000 victims worldwide. It will be in all 50 states in a matter of days. The number of deaths will continue to grow, and Trump is fucking up the American response by the numbers. In Washington, a federal judge roundly criticized Trump lackey William Barr and indicated strongly that he will order the release of the redacted portions of the Mueller report. Biden will be the beneficiary of every leak out of the White House, every scrap of information that will emerge about Trump and Russia and every Trump fuck-up as the coronavirus claims more victims. Meanwhile, the stock market Trump loves so much continues to tank, and between now and the summer, employment numbers are bound to be damaged as the pandemic gets worse.

People are shell-shocked after four years of Trump’s lies, racism and ignorance. They’re tired of his ridiculous hair, his corpulent orange face and his disjointed, lie-stuffed rhetoric at a time when disaster is imminent. By the time the Democratic convention comes around in July, all Biden will have to do is pronounce his own name right and they’ll give him the nomination by acclamation. By November, Biden will look like a national savior.

This election is going to be a blowout. Biden will win in a landslide. Democrats will hold the House, take back the Senate, and flip state houses around the country. We’re going to wake up next Jan. 20 as if from a bad dream.

Wishful thinking? Maybe, but you read it here first.

… then let us make a small request. Like you, we here at Raw Story believe in the power of progressive journalism. Raw Story readers power David Cay Johnston’s DCReport, which we’ve expanded to keep watch in Washington. We’ve exposed billionaire tax evasion and uncovered White House efforts to poison our water. We’ve revealed financial scams that prey on veterans, and legal efforts to harm workers exploited by abusive bosses. And unlike other news outlets, we’ve decided to make our original content free. But we need your support to do what we do.

Raw Story is independent. Unhinged from billionaires and corporate overlords, we fight to ensure no one is forgotten.

We need your support to deepen our investigative reporting. Every reader contribution, whatever the amount, makes a tremendous difference. Invest with us. Make a one-time contribution to Raw Story Investigates, or click here to become a subscriber. Thank you. Click to donate by check.

… then let us make a small request. Like you, we here at Raw Story believe in the power of progressive journalism — and we’re investing in investigative reporting as other publications give it the ax. Raw Story readers power David Cay Johnston’s DCReport, which we’ve expanded to keep watch in Washington. We’ve exposed billionaire tax evasion and uncovered White House efforts to poison our water. We’ve revealed financial scams that prey on veterans, and efforts to harm workers exploited by abusive bosses. We need your support to do what we do.

Raw Story is independent. You won’t find mainstream media bias here. Every reader contribution, whatever the amount, makes a tremendous difference. Invest with us in the future. Make a one-time contribution to Raw Story Investigates, or click here to become a subscriber. Thank you.