Get cooking: A recipe for Migas, of Colorado, for a lesson in Spanish cuisine 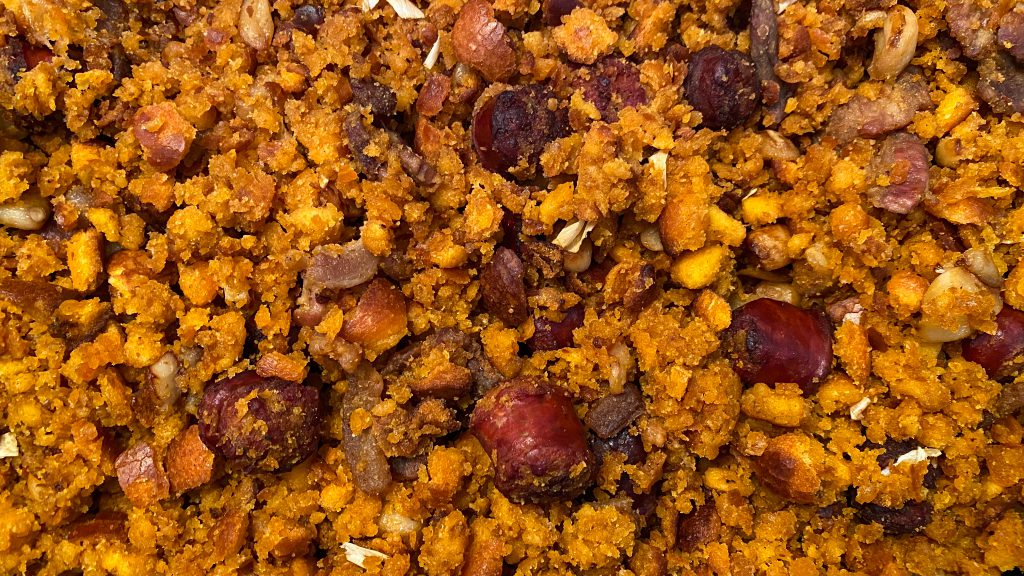 In the cooking of the three Roman-based countries of the Mediterranean — France, Italy and Spain — region or place matters more than country. For instance, there is no such thing as “Italian cuisine.” (“La cucina italiana non esiste.”) To be sure, the cooking of Piedmont exists, as does the cooking of Tuscany, and so forth throughout the peninsula.

So, too, with Spain and France. Regional “cupboards,” as it were, each distinct and identifiable, make up the kitchens of these three countries. They collect to constitute “French cooking” or “Italian cooking.”

However, in Spain, these cupboards are fixed together by the dual influences of both history and religion in ways seen neither in France nor Italy.

For instance, the Arabs owned most of the Iberian Peninsula from 711 to 1492 A.D. and had a profound influence on all Spanish cooking. Thousands of Spanish words are Arab in origin (gobs begin with the letter or letters “a” or “al”) and many hundreds are culinary: aceite (oil), aceituna (olive), arroz (rice), to name but three.

Whenever you see the following from wherever in Spain, these are the stamps of Arabia: clay pots, skewers, saffron, cinnamon, cumin, nutmeg, eggplant, zucchini, parsley, mint, coriander, aniseed, meatballs, stuffed vegetables, chickpeas and anything at all with almonds (for which there are scores of recipes). Plus, sauces or soups thickened with almonds or breadcrumbs, preserving fruits or vegetables in vinegar or sugar syrup, and meat cooked with fruit.

During their nearly 800-year reign, the Moors by and large allowed the large resident Jewish and Christian populations to go about both their culinary and religious ways (the two almost always being intertwined in the history of Western foods). They shared with the Jews an aversion to pork, but with the Christians an affinity for sweets and pastries.

For their part, the culinary stamp of Sephardic Jews on Spanish cooking is equally large to that of the Arabs. Here’s just their shortlist: cooking in and with olive oil; lamb dishes; the hundreds of dishes called “ollas” (stews prepared overnight or hours ahead in the manner of Sabbath cholent); pickled foods; yogurt; and countless salads and greens.

Discovering the New World wasn’t a (wholly) religious concern, but it was Spanish Christians who did it. And, after 1492, Spain brought back to itself a dizzying array of foods that mark Spanish cooking to this day: the tomato, chocolate, chile and sweet peppers (including dried chiles known as paprika), dried beans and the potato, among many other foods.

But the most important Christian Spanish influence on the cooking of Spain is the pig, tolerated as food by Spanish Christians alone in contradistinction to both Spanish Jews and Muslim Arabs.

For centuries, no country in the Western world of cooking did more with the pig than Spain.

The recipe here dives into that legacy. Migas (the word means “crumbs”) is a simple, peasant-inspired dish almost always flavored with both pork fat and meat and found throughout Spain (in each “cupboard” of the country’s kitchen) marked by distinct regional flourishes. This migas is devised to be one from the cupboard of Colorado.

Migas are cooked in various ways in different parts of Spain, and are topped here with a fried egg.

To make this an authentic migas (that is, one that reflects its locale), buy as many Colorado-produced or locally grown ingredients as you might find (the bread, bacon, eggs and so on). Serves 2.

The night before (or, if for a late lunch or dinner, earlier in the day), soak the bread in the water and salt in a bowl, turning the pieces over with your hands and pushing down gently on the bread to evenly distribute the liquid. Cover and set aside.

To a skillet (you may use non-stick if you wish) set over medium-high heat, add the olive oil, the bacon and chorizo and crisp them, rendering their fat. With a slotted spoon, remove the meats and set aside on paper towels to drain a bit.

To the fat in the skillet, add the garlic and let it sizzle and lose its color, but for only about 1-2 minutes. (Do not allow it to blacken or burn.) Remove it and set it aside with the meats. Lower the heat to medium-low and add the chiles and let them cook slowly for 10 minutes, stirring a couple of times. Again, remove the chiles and set aside with the meats and garlic.

Turn up the heat to medium-high. A fair amount of fat should remain in the pan; if not, add some more olive oil. To the fat in the pan, add the moistened bread, pressing down on it with a spatula (as if it were a large pancake) and fry it for 15-20 minutes, occasionally flipping over and breaking up the pieces.

Halfway through, stir in the reserved meats, garlic and peppers. Keep frying, flipping over and breaking up the migas. You want to end up with smaller and smaller pieces of crisped, crunchy, golden-browned bread that still retain a bit of chewiness or softness inside.

Serve, with each portion topped by 2 eggs, with the optional grapes scattered around the migas on the plate.