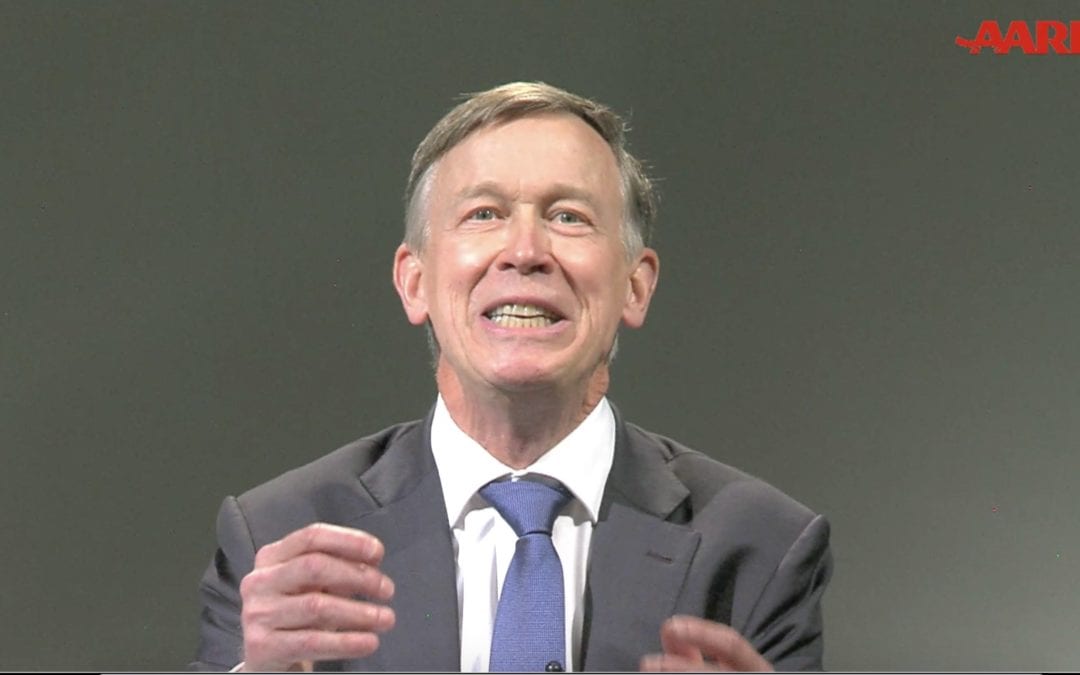 John Hickenlooper showed all the maturity of a kindergartner Friday during his first debate with U.S. Sen. Cory Gardner.

The Democratic U.S. Senate nominee answered most questions with an attack on Gardner.

Gardner: Why won’t you answer any of the questions?

Here’s the best recap we could find of Hickenlooper’s greatest debate moments:

Gardner was sharp and on point throughout the debate. He was as knowledgable about issues that mattered to Coloradans as he was Hickenlooper’s shortcomings and ethical problems.

Gardner also looked professional, while Hickenlooper was so rumpled he appeared to have just rolled out of one of those Denver homeless camps he promised to take care of when he was mayor.

Hickenlooper dodged and weaved when asked about the health plan he created with his buddy John Kasich, Ohio governor, to eliminate Obamacare. He finally roared at Gardner to stop bringing up stuff he did in his past.

Hickenlooper’s past as a politician is apparently completely off the table for discussion, especially his positions on health care.

When Gardner called Hick out for supporting government-run health care, that’s when Hick said he was full of shit.

See how that’s not completely different at all?

Gardner did not pull his punches, he called out Hickenlooper repeatedly for being in the race to help himself instead of Coloradans.

The most laughable moment of the debate came when Hickenlooper said Washington needed new blood, and insinuated Gardner had been in politics too long.

Hickenlooper is 68 and was first elected to public office as Denver mayor in 2003.

Gardner is 46 and didn’t go into public office until 2011 as a congressman. This is Gardner’s first term as a U.S. Senator.