From “Star Trek” to star gazer, Colorado man drops everything and hits the road with a camera and his passion 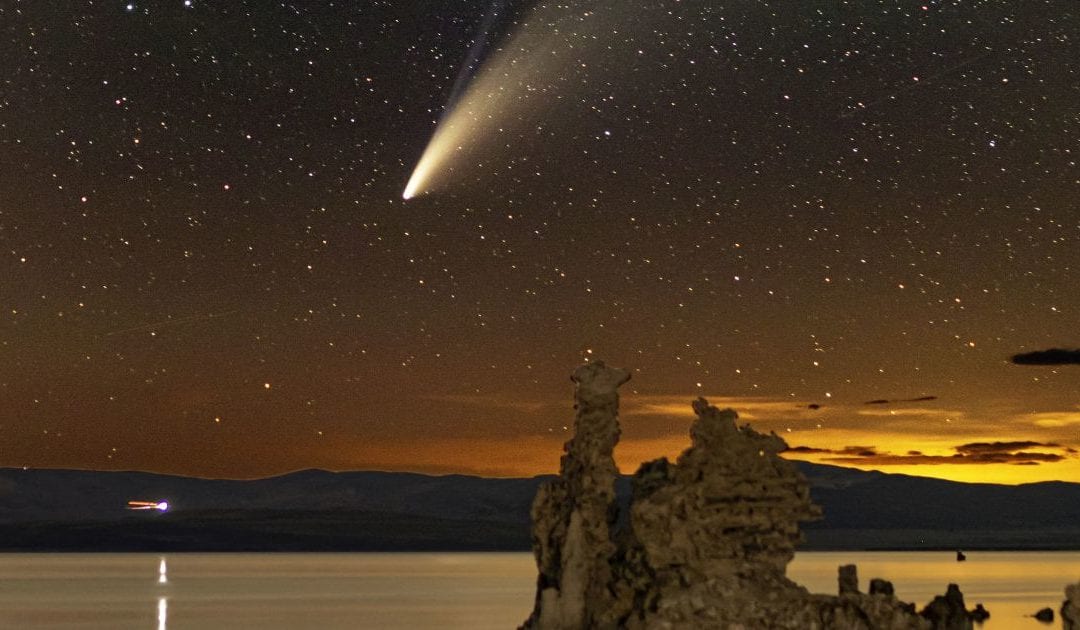 Charlie Maier found himself with no job and no home as the coronavirus swept across Colorado last spring. Except for the pandemic, he planned it this way.

Maier, 35, had known for a while that the comfortable corporate job he had as a data analyst at the Whole Foods office in Denver, while interesting and rewarding in its own way, had run its course. A far different passion beckoned.

“It was a good paying job,” Maier says. “It just wasn’t how I wanted to challenge myself. I was always interested in photography, but I didn’t know I would end up wanting to go professional. But that’s the direction I want to go. It took time in the corporate world to figure that out.”

So in May, he quit his job, let the lease on his apartment expire, sold many of his belongings and put the rest into storage. Unmarried and unencumbered by material constraints, he packed up his compact SUV, grabbed his camera and hit the open road, aiming his lens at the natural beauty of the landscape but also at something else that captured his interest early on.

The boundless beauty of space.

“I started out watching ‘Star Trek,’ and then I’d think about the vastness and mystery,” Maier says from the road, where he’s already logged more than 18,000 miles. “It’s just mind boggling. The photos you see from the Hubble telescope, there’s some really cool stuff out there.”

That led to an academic interest in space, which he pursued at the University of Colorado Boulder, graduating with an astronomy degree via the astrophysics track. Not really wanting to continue on to graduate school, he joined the workaday world and then, fairly recently, embraced photography as a way to stay engaged with astronomy and began exploring the night sky.

“I bought this camera about a year and a half ago,” he says of his digital Canon SLR. “The plan was to get into night photography. It was random weekend trips or when I’d go camping with friends, I’d try my hand at it. This is definitely the most I’ve done so far. Lots of late-night sessions.”

The decision to cut his ties to a more traditional life freed him to spend the next “five-ish months” traveling the U.S. and pointing his lens toward the heavens. But what lends particular character to his photos is the Earthly landscapes that provide the vantage points for his visual exploration of the night sky.

He set out the first week in June, heading south through New Mexico, then west through Arizona to California, then up to the Pacific Northwest. From there, he worked his way across the country through Montana, South Dakota, Minnesota and Michigan. His itinerary: a long list of national parks he wanted to check out, which became the dots he connected along his route.

The sketch was rough, and gave him just a loose schedule of how long he could stay in a particular state. The only target, travel-wise, involved attending a wedding in Ohio in October and spending Thanksgiving with his parents in Tennessee.

“But I’ve never had to rush,” he says. “You could say it was semi-planned out. I’ve been camping, so I researched all places to camp beforehand. With COVID, some campgrounds were closed, but there are lots of resources online for that stuff. Especially with national forests you can find dispersed campsites.

“Roadtrip 2.0,” he promises, “will be in a van or something better. It’s an adventure, but it’s nice to have something more civilized and comfortable.”

But his aim, photographically speaking, has been to venture far from civilization’s bright lights in pursuit of the dark skies that reveal so much more of space to the naked eye, and still more to the patient shutter of his camera. Before he bought the Canon, he did some internet research to identify a camera that performed well in low light conditions.

“Cameras aren’t typically designed for astrophotography,” Maier says. “This one is able to capture a faint signal.”

Many national parks are certified dark-sky sites — hence his park-heavy itinerary. The parks also give him nighttime access. For his purposes, the sweet spot is roughly two hours after sunset, but other factors have to be tracked.

For instance, he visited a park in northern Michigan that’s a certified dark sky site, hoping to see the Northern Lights. But it didn’t matter because cloudy weather foiled the shoot. A clear sky is helpful, but even then he needs to pay attention to the moon. When shooting faint light signals like the Milky Way, a bright moon can wash out the effort.

Maier does have tools at his disposal. Online maps track light pollution all over the world and show night sky brightness. Apps can help him time his trips and even orient him to the galaxies. And editing tools allow him to use multiple exposures to achieve the effects he’s looking for.

“Now there’s an app that you can plan out the orientation of where the Milky Way will be at a certain time,” he says. “It’s taken time to get to know the night sky. I was never one to memorize constellations. You get to know your way around the more you’re shooting, and you can predict where things will be.”

For the most part, he has found really good skies. But even in places where you’d expect that — he summons the example of Yosemite — light pollution can be a factor. The lights of Reno and Carson City, Nevada, made shooting the skies there difficult.

Maier estimates he’s shot about 10,000 photos so far, and will easily click past 20,000 miles by the time his journey ends. Most of his photos have been shot in daylight, simply because he’s spent a good portion of his time exploring the parks and shooting the scenery.

“I always found a connection to nature,” he says. “A lot of the trip has been hiking, so it’s kind of a soul recharge. It works for me.”

But the high point of his photography occurred when he captured the comet NEOWISE in the sky over Mono Lake in California’s Eastern Sierra near the Nevada border. The comet was only discovered in March and was most visible from Earth, with the naked eye, in July before fading from view.

“That was pretty amazing,” Maier recalls. “The next time it comes around won’t be for like 6,500 years. The last one to come that close was Hale-Bopp,” the comet that attracted widespread attention in the mid-90s.

Adding to the photogenic nature of NEOWISE was the landscape at Mono Lake, known in part for the limestone formations that jut from the salty water. The setting created a stunning contrast of Earth and sky that Maier hopes could be a commercially viable direction for his astrophotography.

“I’m not opposed to selling prints of some of the daytime photos,” he says, “but my passion is astronomy. It’s not just taking pictures of constellations, but landscapes with the Milky Way behind them, or interesting rock formations. People are into that. It’s a niche. I thought before I got this camera, I don’t know if I could make a living doing this, but based on feedback and what I’m seeing out there, I think it would be possible.”

He’s currently in Ohio, heading toward Kentucky on his way to Tennessee. The time seems a heartbeat and before long he’ll be back in Colorado trying to figure out the next phase of his life. Astrophotography will drive the decision, and he’ll sell his prints for income but he might need to find additional work to cover his bills. He has another skill he loves: As a home brewer, he might look for a job at a brewery.

“Working my previous job, I didn’t know if I could take a pay cut to do something I like,” he says. “But at this point, it’s for my sanity and soul.”

All he knows for sure is that it’s time to do things that he loves. Photographing the unfathomable reaches of space, even if he must rely on time exposures and the dark sky, satisfies him in a way few other pursuits can.

“Just being able to capture what’s actually there that we can’t really see,” he says, describing the roots of his passion. “Especially if you can get a really dark sky, and have a camera picking up several minutes worth of light, you see a lot more that’s actually there. It’s such a mysterious and cool place.”