From new releases to exclusive interviews, SunLit built on its bedrock of Colorado award winners 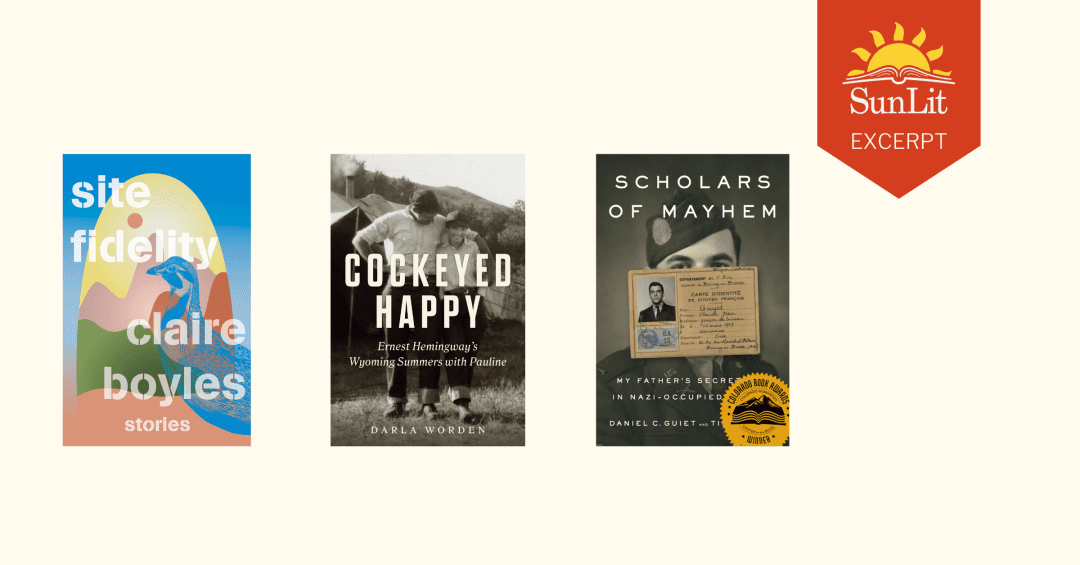 In 2021, SunLit expanded its offerings from award-winning works by Colorado authors to some fresh-from-the-printer offerings that explored the challenges of rural life amid climate change, the complications of racial justice in Denver and the overlooked western chapters of Ernest Hemingway’s life. On top of that, an ongoing project called “50+ Books to Understand the West” revealed a robust, curated – by readers – list of opportunities to learn about our fascinating and many-faceted region.

Along the way, SunLit also published some bonus interviews, including a deep conversation with one of the nation’s most celebrated authors of children’s books – “Diary of a Wimpy Kid” creator Jeff Kinney.

Mixed among those were the usual array of Colorado Book Award and Colorado Authors League finalists and winners of their annual honors. Those volumes spanned all genres and offered terrific reads from both fiction and nonfiction arenas that made it a challenge to produce a best-of list for the year.

But after much deliberation, one version emerged of a top 10 that touches on many of the high points of SunLit’s year in review. Think of them as a jumping off point to explore all of the excerpts and interviews you may have missed from the last 12 months.

The author’s collection of short stories grew out of an experience launching a sustainable farm in the midst of a “climate catastrophe.” The philosophical and political issues come to life as she explores the people making their way in this world, and with her first book Boyles displays a real gift for crafting a compelling story.

Each week, The Colorado Sun and Colorado Humanities & Center For The Book feature an excerpt from a Colorado book and an interview with the author. Explore the SunLit archives at .

The public’s fascination with Hemingway ebbs and flows, but Worden has hit the topic on an uptick and doesn’t disappoint with this look at the writer’s trips to Wyoming.

Imagine finding clues to your father’s earlier life hidden in a tin box. Then imagine they revealed him to have been a secret agent behind enemy lines. Guiet just had to write about it, and what he found is riveting.

In “Scholars of Mayhem,” a real-life WWII secret agent’s exploits remained hidden for years in a tin box

Daniel Guiet pieced together his father’s clandestine life slowly, from a discovery at age 5

SunLit normally doesn’t touch on children’s books, but what parent hasn’t gotten familiar with the “Wimpy Kid” franchise? Kinney took some time for an exclusive sit-down with us as he prepared for a unique book tour in the COVID era.

50+ Books to Understand the West

The West is a complicated and nuanced region, and the Sun’s Booth took on the challenge of compiling a list of books that explore, through several genres, that complexity from a variety of perspectives. Readers then added their choices to the collection in a project that remains open-ended. There’s something for everyone here.

Fifty books to understand the West

“The Loneliest Band in France”

The author didn’t just sit down to write a novel – he was playing a game. The object was, among many other things, to write an incredibly long sentence, which in a sense made this the shortest excerpt SunLit has ever published (but not really). The sentence structure may be a gimmicky device, but the thought behind this story is not. The interview with Fisher is a must-read.

The nationally acclaimed story of a former gang member seeking to help the place he grew up turned into a many faceted story of race and criminal justice in America. Author Rubinstein, who was living in Brooklyn, felt drawn back to his hometown as the story unfolded, and he produced a deeply reported chronicle of a man and the times.