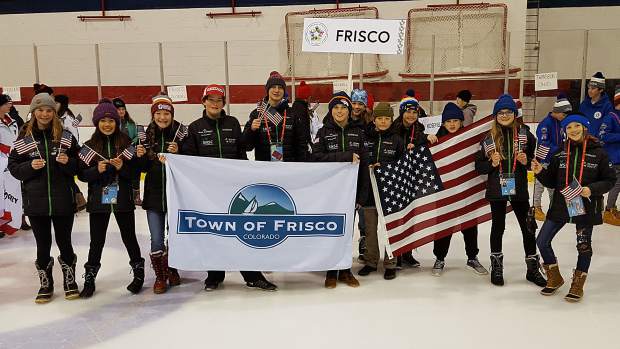 The town of Frisco will host a celebration for the “Team Frisco” International Children’s Games contingent from 5:30-7 p.m., on Tuesday at the Frisco Adventure Park Day Lodge.

Appetizers and beverages will be provided at the event. It will honor the dozen Team Summit and Summit Nordic Ski Club athletes — between the ages of 12 and 15 from around the county and Leadville — who competed at last week’s International Olympic Committee-sanctioned event in Lake Placid, New York.

Team Frisco’s 12 athletes won 15 medals at the games. Though there is no official medal count organized by team or country conducted at the International Children’s Games, Team Frisco’s medal count unofficially placed them in second place in the overall total medal count only behind the host team: the 80-plus-competitor Team Lake Placid, who won 18 medals.

“We are really proud of these young athletes, Frisco Mayor Gary Wilkinson said in a statement, “not just because of their tremendous success on this world stage, but also because of the commitment, work and grit that they show every day to get to this level of skill and athleticism. We look forward to hearing their stories and celebrating their accomplishments.”

As part of Team Frisco’s qualification process, each athlete was required to submit an essay for consideration, in it stating why they would be a good representative of the Town of Frisco. Along with using the personal essays, Team Frisco athletes were also selected based on their athletic results from the 2017-18 winter season.

The Lake Placid games served as the first time that the International Children’s Winter Games were held in the United States. The Olympic Games-like event was originally created 50 years ago. For more information about this year’s games, visit: lakeplacid2019.com.