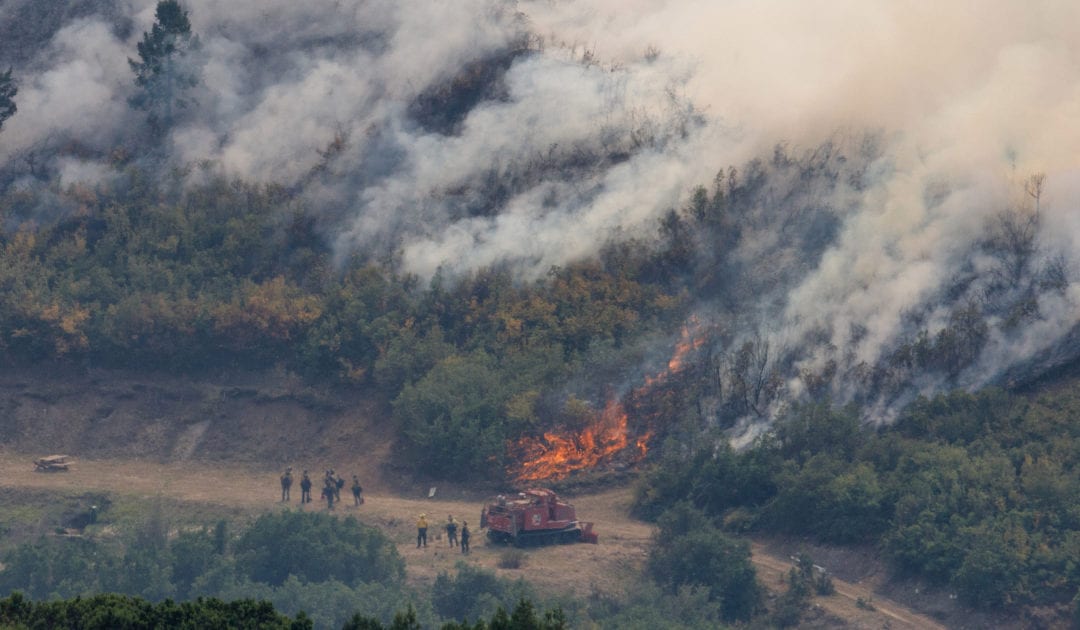 The four largest wildfires burning in Colorado have cost upwards of $77 million to fight, with more than 206,000 acres burned as of Monday morning.

But despite cooler weather over the past weekend that helped firefighters make progress toward containment, there’s still a long way to go before the fire season’s tab will close out.

Breaking it down by fire, with data from the National Interagency Fire Center’s Incident Management Situation Report released Monday:

The price tag for the fires includes multiple line items, including aircraft, equipment, firefighters and the many other personnel required to manage a blaze.

For the Williams Fork fire, specifically, more than 40% of that $7.5 million tab is spent on personnel, supplies and equipment used to support firefighters, according to Robyn Broyles, information officer and former firefighter. Aircraft and heavy equipment each account for 20% of the total cost so far.

But a fire’s price tag doesn’t paint a complete picture of its full cost. Once a fire burns out, whenever that may be, there’s still restoration work to help the ecosystem recover. Colorado has historically experienced periodic wildfires as part of its ecology, but 20th century fire suppression measures coupled with the accelerating effects of climate change mean that fires are becoming hotter and larger than the ecosystem is used to.

At the Pine Gulch fire, a burned area emergency response (BAER) team has already started to assess the fire’s impact on the surrounding ecology, according to information officer Tracy LeClair. Once they’ve studied the affected area in depth, the BAER team will then assemble a report calling for short- and long-term rehabilitation efforts to implement over the course of multiple years.

LeClair noted it’s too soon to say exactly what the Pine Gulch burn scar will need, and thus it’s difficult to estimate the final cost of the fire.

With last weekend’s cooler temperatures and rain showers, the rate of fire spread around the state has slowed, at least for now. The Cameron Peak fire, for example, grew by just 50 acres from Friday to Monday. Farther west, about a quarter of an inch of rain fell on the Williams Fork fire area.

The meteorological reprieve makes a significant difference to the firefighting crews on the front lines of the blaze. Thanks to that rain, Broyles said, crews have been able to integrate more heavy equipment in their efforts to help thin out the forest on the northeast side of the burn. Broyles said this is to protect towns including Fraser, Winter Park and Granby, even though the fire remains fairly far away.

“Just because the probability is low doesn’t mean it’s not going to happen,” Broyles said, and it’s better to be prepared for the unlikely than caught off guard.