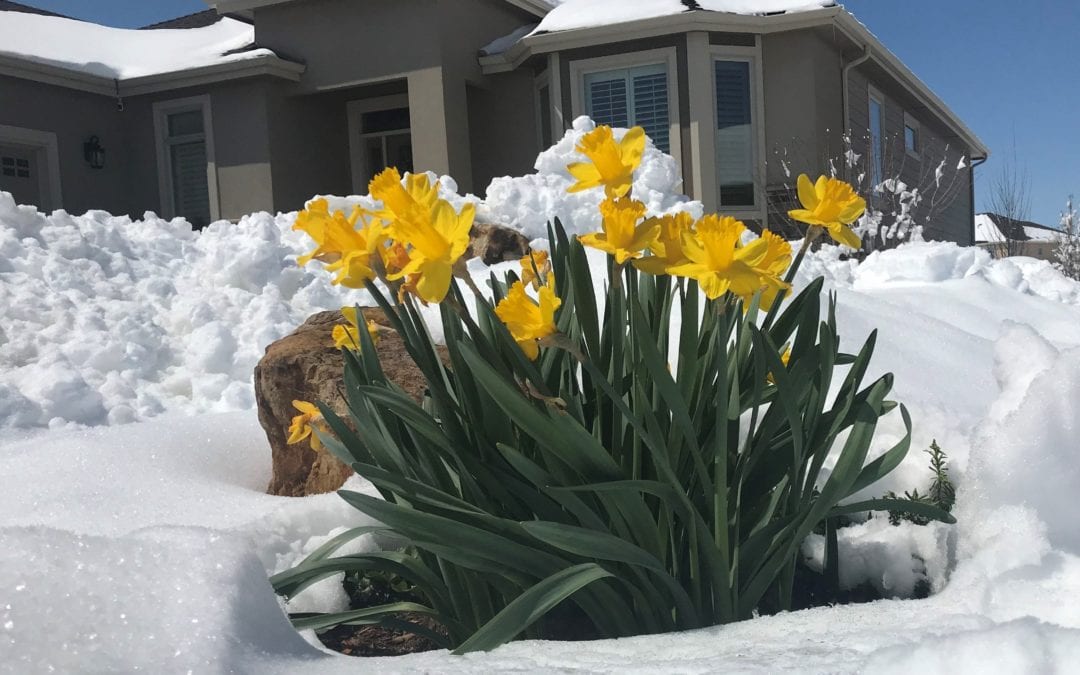 Fort Collins, get ready for some potentially record-breaking heat this week

Fort Collins will press the 90 degree mark for the first time in nearly eight months with a potentially record-breaking high temperature Thursday, just two weeks after setting a record low in the single digits.

Too hot, too soon?

Thursday will be much different, according to the National Weather Service. The forecast high for Fort Collins is 87 degree. The record for that day is 89, set in 1992, according to the Colorado Climate Center.

Can I plant my garden yet?

The old saying in Colorado is you can plant annuals around Mother’s Day, which this year is May 10. That’s pretty much true.

Last May, Fort Collins had two days that dropped below 32 degrees, both 31 degrees. We also had 3 inches of snow in May last year. But there’s only been a handful of times the temperature has dropped below freezing in May the past five years.

So if you’re feeling lucky, don your face covering and head out to buy some of those annuals and vegetable seeds this weekend.

This week might also be a good time to start up your sprinkler system and make sure it’s working properly. Learn more about how to do that at the end of this story.

If it looks like we will get a hard freeze, you can always do a quick drain.

Spring landscape guide: When and how

Wednesday: Sunny, with a high near 74 degrees, light wind and low around 43.

Thursday: Partly sunny, with a high near 87, light wind and low around 51.

Saturday: A 50% chance of showers and thunderstorms after noon. Partly sunny, with a high near 76 and low around 46 with light wind.

Sunday: A chance of showers and thunderstorms after noon. Mostly sunny, with a high near 76 and low around 47 with light wind.

How to turn on your home irrigation sprinkler system

On the backflow device outside of your home, check the two petcocks, or pressure release valves, to make sure they are closed.

In the basement, look for the water line to your irrigation system. Make sure the drain valve on the irrigation line is tightly closed.

Then very slowly turn the valve on that allows water to run from your main line to the main irrigation line. This pressurizes the system. Do this slowly so you don’t damage water lines.

Open the valve going from the water line that goes from your backflow device to the outside irrigation line that you closed in step 2.

Go to your irrigation control panel, usually in your garage, and manually run each zone to make sure all the heads are working properly.