Former MN congressman is out as U. of Colorado president with $1.3 million payout – Twin Cities 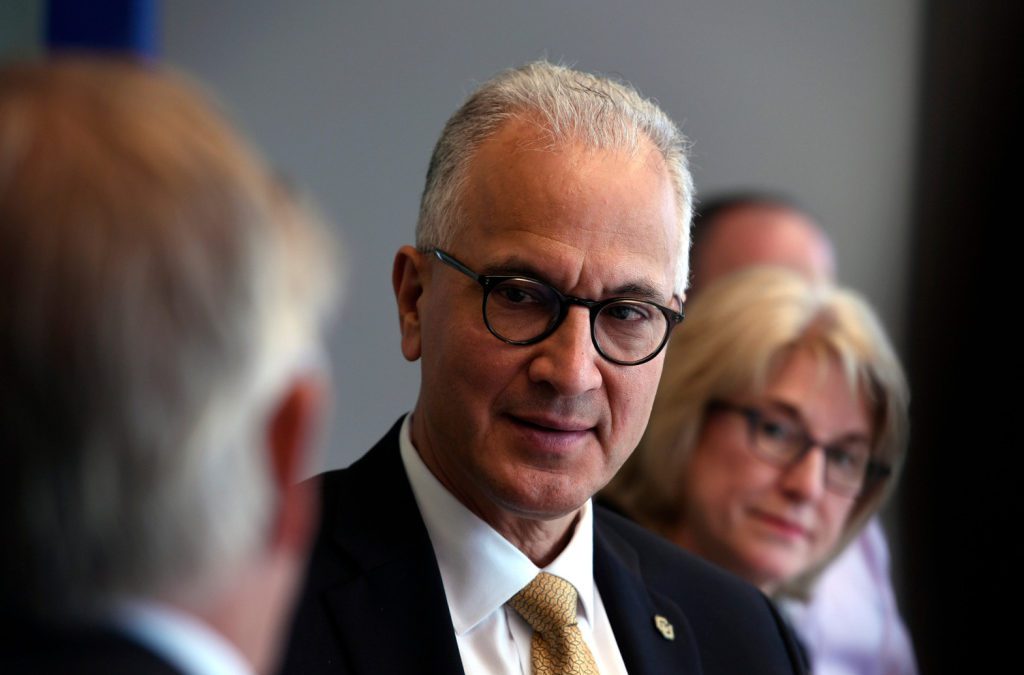 Mark Kennedy, a former University of North Dakota president and congressman from Minnesota, will be leaving his job as University of Colorado president on July 1, with a $1.3 million payout in hand.

The University of Colorado Board of Regents voted 8-1 on Wednesday, May 19, to pay out Kennedy’s contract. They also voted 6-3 against allowing Kennedy to serve out the rest of his contract.

Kennedy’s total payout will be $1.35 million. He was set to make $850,000 in the final year of his three-year contract; the additional dollars include unused vacation time and other money.

“It was an honor to work with you and many hard-working people to advance CU,” Kennedy said at the close of the meeting. “I think there’s a lot of great things moving forward and a positive trajectory.”

It was announced earlier this month that Kennedy, who was president of UND from 2016 to 2019, would be parting ways with the University of Colorado two years into his three-year contract. At the time, Kennedy had indicated the board “has a new makeup this year, which has led to changes in its focus and philosophy.”

In Colorado, regents are elected officials with party affiliation. While Kennedy, a former Republican member of Congress, was appointed to the role by the then-Republican-majority board in May 2019, he would have faced a Democratic-majority board at his annual review in June.

Ken McConnellogue, spokesman for the CU system, told the Denver Post on Tuesday, May 18, that the separation was “neither a resignation nor a termination.”

Kennedy had a tumultuous term in Colorado, starting when he was first announced as the sole finalist for the presidency. During the selection process, Kennedy faced criticism and backlash in Colorado from students, faculty and community members who believed he was not fit for the position.

He also was recently censured by faculty and students at the Boulder campus for comments he’s made since becoming president. A written motion claimed Kennedy had “a well-documented history of making problematic and hurtful statements without apologies or consequences.”

As president of the CU System, Kennedy oversaw four campuses: Boulder, Colorado Springs, Denver and a medical school in Aurora.

During the meeting to deal with Kennedy’s contract, some Republican members claimed Kennedy’s pending departure was not because of his work with the University of Colorado system, but because of party politics.

“I don’t think we should trouble ourselves with the illusion that Mark Kennedy’s firing was a great failing or fundamental error in leadership,” Republican Regent Heidi Ganahl said. “Mark Kennedy is being fired for the high crime of not being a Democrat or left-wing academic to a new board majority who many days forget they serve the students of CU and not the (Democratic National Committee). In this case, their need to grind partisan axes will cost taxpayers and students millions of dollars.”

Kennedy’s time in Grand Forks also had controversy, including his decision to end women’s hockey at UND and a dispute with high-profile UND donor Kris Engelstad McGarry.