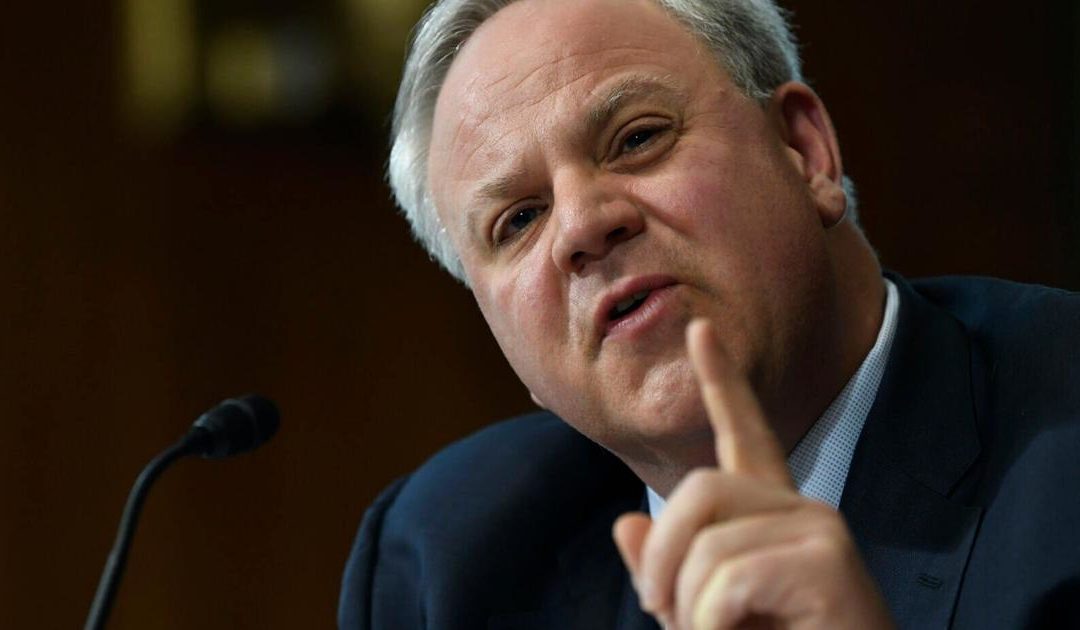 The Coloradan who served as Secretary of the Interior in the Trump administration is endorsing Gino Campana in the Republican primary for the Colorado U.S. Senate seat held by Democrat Michael Bennet, Campana’s campaign said Friday.

David Bernhardt, an energy and natural resources attorney who grew up in Rifle, called Campana the “embodiment of the American dream” and said the former Fort Collins city councilman is the candidate best suited to defend Colorado’s interests in Washington.

“As a Coloradan who grew up on the Western Slope, I know it is critical to have a senator in Washington fighting to put Colorado’s public lands and water first and that person is Gino Campana,” Bernhardt told Colorado Politics in a written statement.

“Gino is the embodiment of the American Dream, a Trump appointee, an entrepreneur, and someone who knows what it takes to fight – he’ll go toe-to-toe with President Biden and fight for the state we love. It’s time to replace Michael Bennet, and Gino Campana is the man to do it,” he added.

Campana, a real estate developer and son of an Italian immigrant, is one of eight Republicans seeking the nomination to challenge Bennet, who is running for a third term in next year’s election. Late last year, former President Donald Trump nominated Campana to serve as chairman of the Public Buildings Reform Board, a panel tasked with reducing the federal government’s real estate footprint, but he wasn’t confirmed to the position by the Senate.

During the two years he served as Interior secretary, Bernhardt led the charge to relocate the Bureau of Land Management’s headquarters to Grand Junction — a move supported by Bennet but reversed earlier this year by the Biden administration — and championed passage of the Great American Outdoors Act, a bill many described as the most significant conservation legislation in a generation. He took heat from environmental groups for prioritizing energy development and outdoor recreation on public lands.

In May, Bernhardt rejoined the powerhouse, Denver-based law and lobbying firm Brownstein Hyatt Farber Schreck as a part-time special counsel. He works out of the firm’s office in Washington.