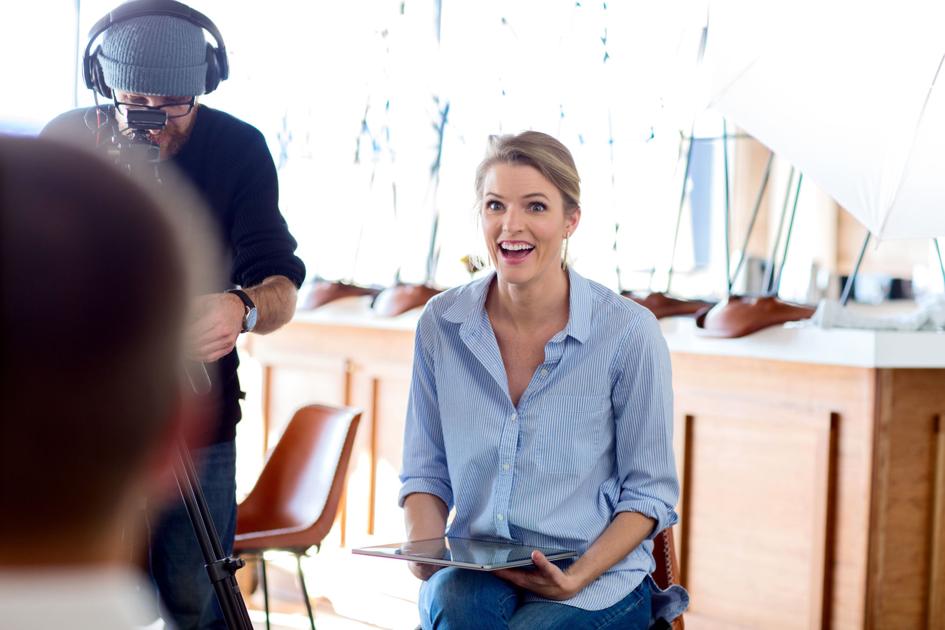 Colorado Springs got to know Lauren Ferrara as their source of news. She spent five years delivering as an anchor for Fox 21.

But what viewers didn’t see while watching her toward the end of her tenure was a struggle she kept quiet, buried inside.

Ferrara left the station last year, the mother of a newborn girl. Like Elle, her now 4-year-old sister, Claire would never know her grandpa.

Ferrara’s dad, John Murphy, died in January 2016. Elle was still an infant then. Claire was not yet born.

Ferrara couldn’t be there at Murphy’s side back in Houston; she’d flown back to the Springs for Fox 21’s new 10 p.m. segment.

“My mom called the next morning,” Ferrara said. “So it got me thinking about my priorities, where I wanted to be with my family. And I’m not blaming (Fox 21). Nobody said you need to be there. It was me who said that.

“But I wanted to be home to tuck my kids into bed. I wanted to go on vacations and not cut them short.”

And perhaps more than anything, she wanted to go back in time and be with her dad.

“I’d give a kidney to go back and have an interview with him,” she said.

Now Ferrara is hoping others don’t have to live with the same regret.

Why Wait Stories is the business she launched April 2, on what would have been Murphy’s 72nd birthday. On that date every year since her father lost his battle with cancer, Ferrara has watched a video that was made at his funeral — a video from interviews with 30-plus people who were there that day, sharing their memories of the man.

The film was a way to keep her dad alive in a way, to celebrate his quirks, his intelligence, everything that made him the “colorful character” she knew. To preserve all of that “for now, for later, for generations.” That’s the tagline for Why Wait Stories.

“It does seem a little insane to launch a business right now,” Ferrara said as the coronavirus continued its impact in Colorado and across the country.

“But I’ve also had a lot of conversations with people lately, and I think this whole thing has made us all realize we take our last breath at some point. So it seems kind of timely. I think people just need to know it’s an option.”

Films by Why Wait Stories range from $850 to $3,000. For more information, go to whywaitstories.com/services-1

It didn’t seem like an option to Ferrara’s mother that January day in 2016. A camera at a funeral?

Ferrara explained her remorse for never collecting her dad’s stories. “I lived with that regret, and I’m not gonna regret not having this.”

It was just a matter of finding someone to film while she grieved. She called wedding videographers. She got strange reactions.

“Then I was thinking of reporters and videographers for TV stations,” Ferrara said. “They’re comfortable with being uncomfortable. They cover funerals all the time. So I called a news guy I knew when I was an intern back in Houston. He was like, ‘Oh yeah. What time and where?’”

A couple of months later, the brother of a friend of hers died. Ferrara recommended the family get a videographer.

They cherished the result — though they wished they hired better quality.

“That’s when I was like, This is something that people need,” Ferrara said. “And they don’t even know they need it until it’s too late.”

Why Wait Stories aims to capture life before funerals. Ferrara has so far undertaken seven stories.

Young parents reflect on their love in one. Another features a woman recounting her 90 years for her family. In another, a woman shares memories ahead of her 80th birthday.

But sometimes Ferrara will indeed find herself at a funeral with a camera. As she did for the celebration of a man who was just 41.

“He’s got a little girl in elementary school and middle school,” Ferrara said. “And you think by the time they’re 40, they’ll only have lived a small percentage of their life with their dad. So I’m just so happy that his kids will have this.”